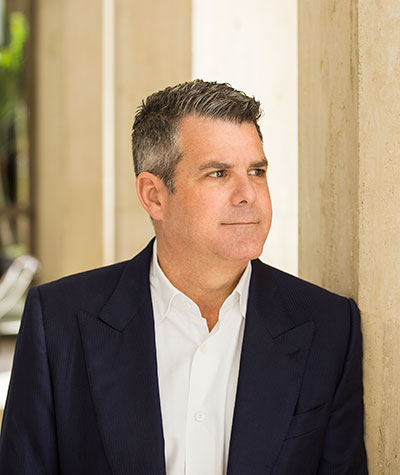 With a strong personal belief in the value of conservation and philanthropy, Trahan’s life and work are guided by a commitment to the development of sustainable environments. A Louisiana native, Trahan grew up in the small town of Crowley—a community known for its entrepreneurial spirit. He founded Trahan Architects age the age of 32, and the firm has since designed a series of local and international projects that have received recognition for their innovative use of materials.

Trahan’s architectural projects include the Louisiana State Museum in Natchitoches, which won a 2015 National AIA Honor Award for Interior Architecture and Architect Magazine‘s Annual Design Review Award and was named 2013 Top Architecture Project by Azure and 2013 Best of the Year by Interior Design magazine. Trahan has won multiple design competitions in China, including a four-million-square-foot mixed-use development in Zhengzhou, named by Forbes magazine as one of the seven most important hospitality projects of the future.

Trahan has taught graduate classes at both MIT (2013) and USC (2015). He is a member of the global advisory board for the Van Allen Institute in New York, an organization that explores how design can transform cities and landscapes to improve people’s lives. He is also a board member of The Cultural Landscape Foundation in Washington, D.C., a non-profit that educates and engages the public in our shared historical landscapes.

Trahan divides his time among New Orleans, New York, and Patagonia, Chile, where he recently purchased and is in the process of conserving a property in the Corcovado National Park, one of the 11 national parks established by North Face founder Douglas Tompkins. Trahan is working to return this property to its pristine natural state while enjoying his time in this remote landscape.

Visit trahanarchitects.com for more information about Trahan and his firm’s projects.