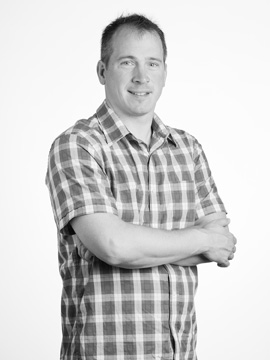 
Currently associate professor of ceramics at Louisiana State University, Andy Shaw has also taught at Alfred University, Gettysburg College, Arcadia University, and Andrews University. He was artist-in-residence at the Archie Bray Foundation, the Arrowmont School of Crafts, and the Clay Studio of Philadelphia, where he was the 2006–07 Evelyn Shapiro Foundation Fellow. He earned a BA in history from Kenyon College and a Master of Fine Arts from the New York State College of Ceramics at Alfred University. Additionally, he studied at Penn State University, the University of St. Andrews in Scotland, and worked as an apprentice at Basin Creek Pottery in Montana.

Shaw’s tableware has received multiple awards, is shown widely across the U.S., was recently featured in exhibitions in Australia and Korea, and has been published in Studio Potter, Ceramics Monthly, Ceramics: Art and Perception, Garth Clark’s Shards, and in Elevations, the magazine for Club Members of the Ritz Carlton. Several museums hold his work within their collections: The Garth Clark and Mark Del Vecchio Collection at the Museum of Fine Arts Houston, the Swidler Collection at the Crocker Art Museum, AMOCA (American Museum of Ceramic Art), the Schein-Joseph Museum, and the Sanbao Institute of Ceramic Art in Jingdezhen, China. In 2014, Shaw travelled to Reykjavik, Iceland, as a visiting artist and to establish new collaborative projects with artists and educational institutions. He was a presenter at the American Pottery Festival at the Northern Clay Center and at the Utilitarian Clay V Symposium at Arrowmont. Shaw has taught workshops at the Penland School of Crafts, the Haystack Mountain School of Crafts, the Arrowmont School of Crafts, Ohio University, Michigan State University, Clemson University, University of Texas at Tyler, Nicholls State University, Dickinson College, Anoka Ramsey Community College, the Genesee Center for the Arts, and the Greater Lansing Potters’ Guild. In 2012 and 2014, the LSU College of Art + Design presented Shaw with the Outstanding Teacher of the Year Award. In 2013, his alma mater, Lewisburg Area High School, honored him with the Distinguished Alumni Award. In 2015, he will work at the Northern Clay Center as a McKnight Resident.