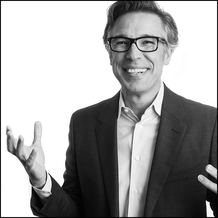 Design Week is an annual LSU Robert Reich School tradition. Each January, landscape architecture students of all levels participate in the weeklong seminars and workshops. Students are divided into teams to address a topic/problem introduced by the visiting professional and are judged on their presentations at the end of the week. 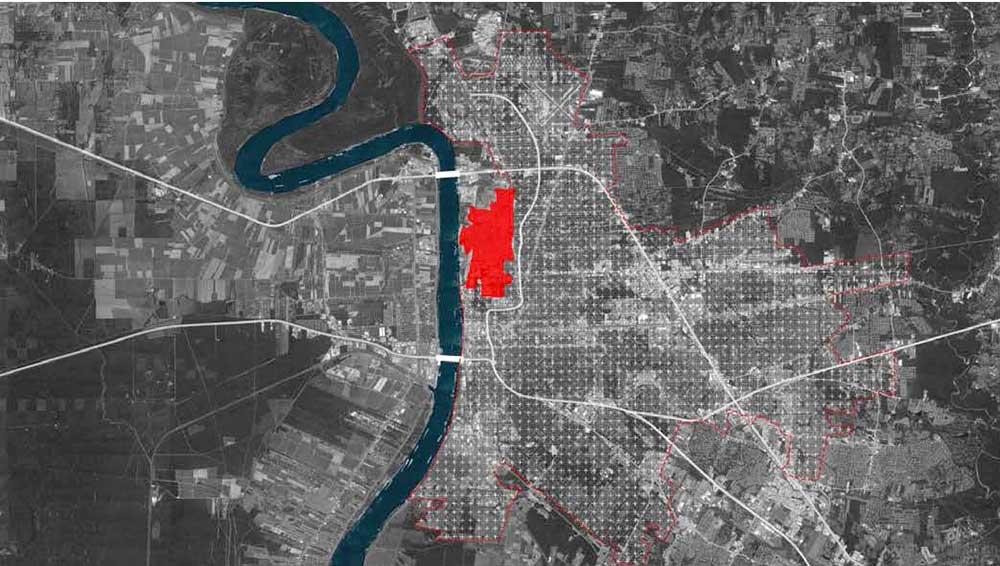 The topic of 2016 Design Week is “Speculations on a Post Industrial City.” In his project brief, Baumgardner discusses the increasing national migration to large cities, such as New York, Houston, Los Angeles, and knowledge centers (Austin, Seattle, Cambridge) and asks, “Where does this leave cities like Baton Rouge?” He also discusses disruptive changes in transportation systems, such as Uber and autonomously driven vehicles and the explosion of virtual retailers like Amazon Prime Now that dramatically change how we view access to goods.

Landscape architects are uniquely qualified to speculate on the future of cities and how technology might change the fabric of urban districts in unexpected ways. Paired with these technological innovations are transformations in the way nations produce and consume energy. As nations rethink their appetite for carbon producing energy sources, it will have a dramatic effect on the form of our cities. “What will be the future of cities like Baton Rouge that cling to heavy industries that are slowly falling out of favor,” Baumgardner asks in his project brief.

Design Week looks at the future of the Exxon refinery, which dominates the city’s skyline, and its future effect on the city of Baton Rouge:

The year is 2020 and due to an accelerating rise in global temperatures and tidal inundation of coastal U.S. cities, governments are acting fast to reduce the use of carbon emitting energy sources. The Exxon refinery has been given 25 years to wrap up operations, and the City of Baton Rouge is developing a planning vision for the year 2050. Future scenarios might include: a green energy facility, a contemporary extension of downtown, a cultural park created from industrial artifacts, and the gentrification of North Baton Rouge neighborhoods. Teams are encouraged to consider the problem at a variety of scales, considering regional planning level strategies, urban design models, and site planning concepts. Teams will look at the Exxon site as well as at downtown, adjacent neighborhoods, the Mississippi River, and agrarian lands west of the river. Thinking should not be limited by the requirements of the existing industrial presence, budget, or even limitations to current technology. 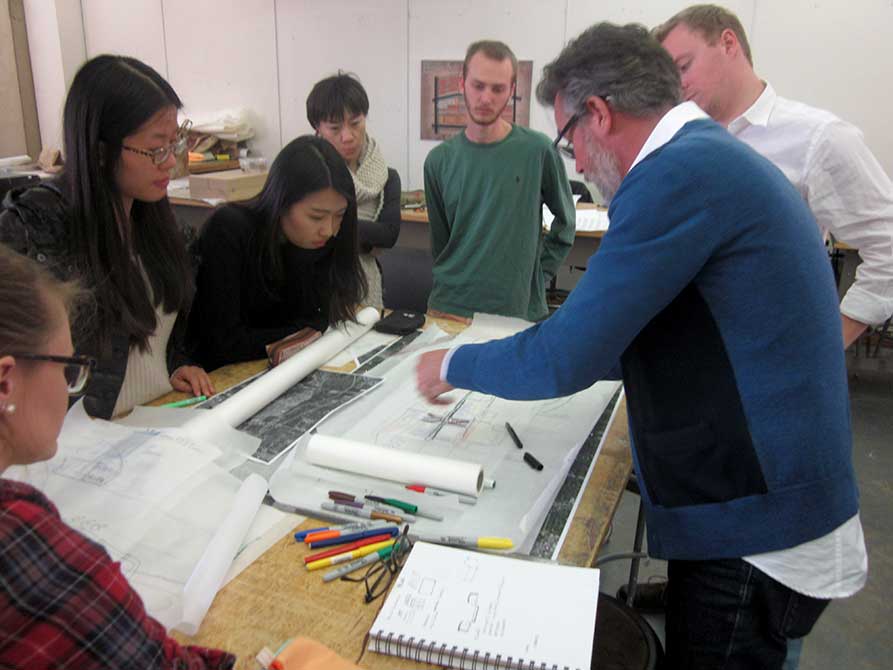 The entire week will be spent developing these ideas and ultimately presenting the resultant materials to the jury. Each team will be ranked and recognized for exemplary work and creative speculative thinking. The students will post their work in the LSU Design Building Commons (room 104) by noon on Friday, January 29, and each team will give a 15-minute presentation from 1–3:30 p.m. Anyone and everyone is invited to attend!

Team winners will be announced at 4 p.m. in the Commons and at landscape.lsu.edu early next week.

Kinder Baumgardner will also present a lecture on autonomous vehicles and their impact on urban design tonight (January 27) at 5:30 p.m. in the LSU Design Building Auditorium (room 103). The lecture is based on an article he wrote last fall for Cite magazine, “Beyond Google’s Cute Car: Thinking through the Impact of Self-Driving Vehicles on Architecture.” The lecture is free and open to the public. Professionals who attend this lecture qualify for one hour of continuing education credit, thanks to the support of the Louisiana Chapter of the American Society of Landscape Architects, lcasla.org.

Kinder Baumgardner is president of SWA and managing principal of SWA’s Houston studio. Over the span of 20 years, he has actively traveled the country seeking out regional flavors to create landscapes that are culturally and ecologically resonant. His collaborative mindset and awareness of the effect of historical and contemporary culture in creating experiential places is rooted in the design work he has performed in all corners of North America. His current work often finds him in the Middle East and Africa, where he is called upon to synthesize complex systems in order to create open spaces for new cities or urban precincts. While much of his work is internationally focused, he cherishes his projects in the U.S. and Texas, where inimitable regional American cultures and landscapes define who we are and how we live. Read more about Kinder Baumgardner and SWA at swagroup.com.