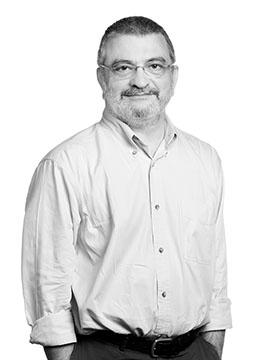 
Professor Marwan Ghandour was named director of the School of Architecture in August 2017. He is the Emogene Pliner Professor and Graduate Coordinator for the school. Previous to his appointment at LSU, Ghandour was a professor of architecture and director of two interdisciplinary graduate programs at Iowa State University: Urban Design and Sustainable Environments. He teaches multidisciplinary theory seminars and integrated urban and architecture design studios. Ghandour is a partner in the Beirut-based architectural firm Bawader Architects, with a practice in institutional architecture and urban design projects in Lebanon. His research and practice include collaborations with landscape architects, planners, graphic designers, and transportation engineers. Ghandour is the author of several academic projects, including comparative urban regeneration strategies in the global south (Beirut, Lebanon; Lima, Peru; and Kigali, Rwanda); the expansive space of the modern state and its urban management tools (American Midwest and Latin America); and design at the geo-communal scale where ecology, urbanization, infrastructure, and politics are integrated (Middle East, East Africa, and Latin America).