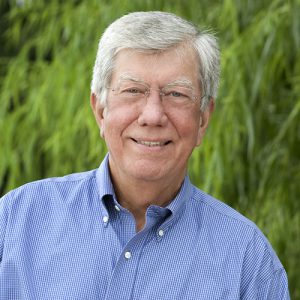 Robert “Bob” Richardson, CEO and founding principal of RVi in Austin, Texas, is one of four Robert Reich School of Landscape Architecture alumni to be elevated to ASLA fellowship in 2017.

Richardson was nominated as a fellow of the American Society of Landscape Architects by the Texas chapter of the organization for his contributions to the profession in leadership and management.

“It’s great to be acknowledged by your peers in this way,” stated Richardson.

“I enjoyed sports and the outdoors, and the idea that I could be involved in creating and designing these memorable spaces appealed to me.” He took a second course and his fate was sealed. “I decided I was more interested in outdoor spaces and the large-scale look at our environment more than I was in buildings.”

Richardson’s years at LSU coincided with the transition of the major from a Bachelor of Science to a professional Bachelor in Landscape Architecture, from a four-year to a five-year degree. He stayed the extra time and received his BLA from LSU in December 1969.

After graduation, Richardson worked for Myrick Newman Dahlberg in Dallas, where he developed a strong background in project organization and office management. In 1976, he worked on a project in Austin, at the time a burgeoning college town. The Waller Creek project was successful, leading to more work for the firm, and Richardson was asked to open and lead a branch in Austin.

In 1982, MND was undergoing some structural changes, and, as Bob put it, “One thing led to another and Joe Verdoorn from MND’s Dallas office and I decided to open our own firm.” And, thus, RVi was founded.

“The timing was good. Austin was growing, and RVi rode the wave of growth and—well, we’re still here,” he laughed.

Richardson took on all the business and financial aspects of the firm, “keeping my finger on the pulse of the city.” He wanted RVi’s landscape architects to participate in the community. Richardson was a key leader in Austin’s civic endeavors and served on several boards. Much of RVi’s commissions were large-scale land planning and land-use projects.

Arguably, RVi’s arrival in Austin when the city was undergoing a surge of economic growth helped make the city what it is today. “RVi was the most prominent landscape architecture firm in the ’80s and ’90s, and we were heavily involved in what was happening in Austin. We took on that role of being a good design firm.” 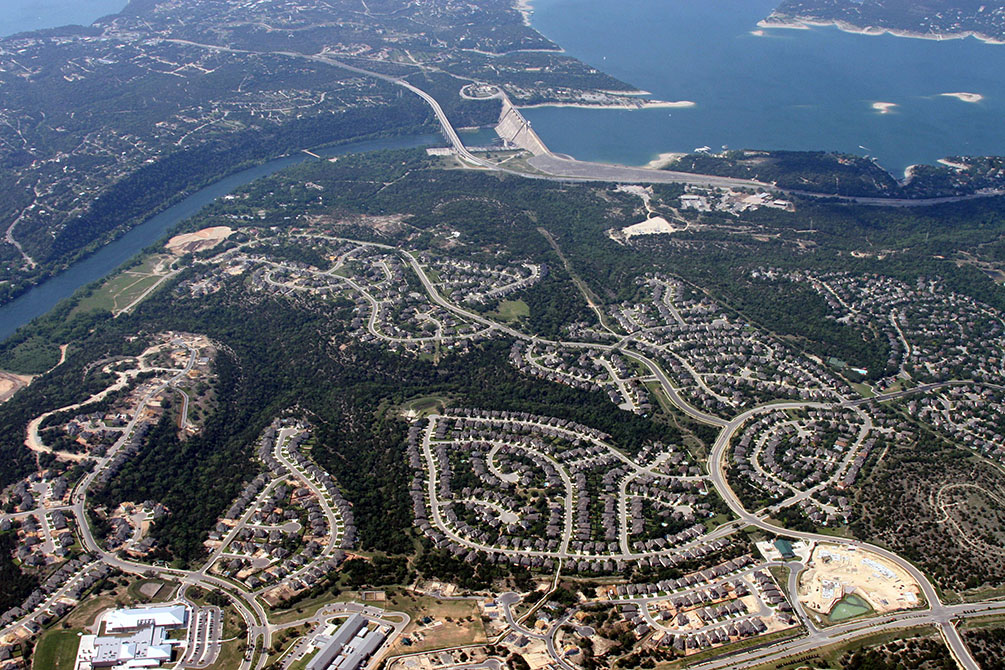 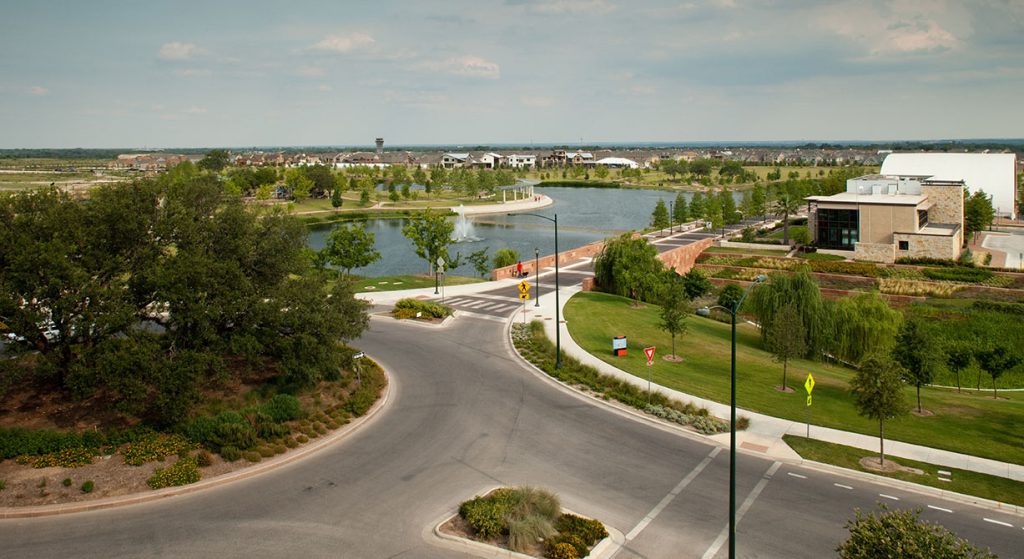 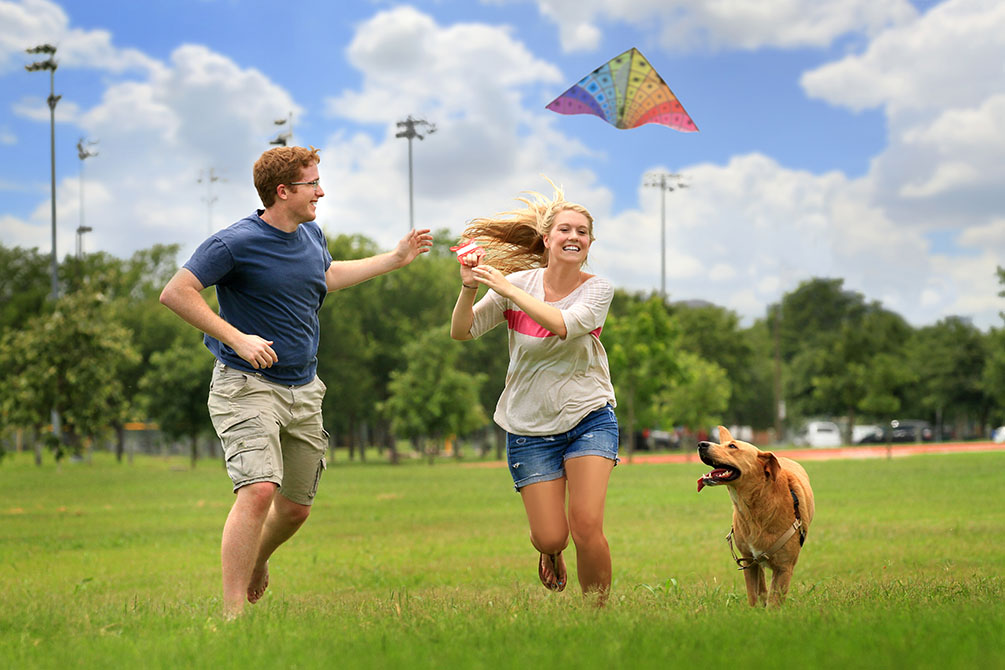 Richardson stressed that all of RVi’s planners were landscape architects. “We wanted designers to be involved in the planning. Even today with all the different planning degrees available, we still hire designers for our planning positions.”

Richardson remembers the development of 1,500 acres in Cedar Park, a suburb north of Austin, as one of his most challenging, and rewarding, projects at RVi. The firm was retained by foreign investors who owned the majority interest in the property, and RVi was asked to guide the project through the entitlement process, which would have been an organizational nightmare to most, but Richardson embraced the challenge and received zoning approval for development.

“We had to deal with contentious neighbors; the property was home to an endangered species . . . we coordinated the whole team of civil engineers, traffic and environmental consultants and worked through the city’s entitlement process, including reading the political tea leaves,” Richardson recalled.

Another of his favorite projects at RVi is Mueller, an ongoing redevelopment of Austin’s abandoned Robert Mueller Municipal Airport. RVi designed more than 140 acres of parks and open space and an extensive, seven-mile hike and bike trail system at Mueller. Now in the 14th year of the master plan, Mueller includes three separate greenways, a playscape, picnic area, an open space for leisurely activities, and interpretive and educational opportunities.

“Converting the space from an airport to a walkable community has been really fun,” shared Bob. “We got to fill in the missing piece of the puzzle in Austin, the hole in the donut.”

Richardson believes that the mission of landscape architecture is to protect the environment and enhance people’s lives. He said he knows he’s lucky that after 47 years he is still excited to wake up every morning and go to work. “Landscape architecture is not a job; it’s a career, a passion. My wife reminds me all the time that a lot of people don’t have that.” Richardson has been married to his wife, Susan, for 49 years.  They have two sons, Doug and Jason, and three grandchildren.

Richardson’s advice for future landscape architects is to immerse themselves in the profession as wholeheartedly and as soon as possible. “Do anything and everything it takes, even if it means making the coffee and taking out the trash—being available, stepping up to the tasks before you, is critical.”

In 35 years, RVi has expanded beyond its Austin roots to four offices across three states. The 40-person firm employs seven LSU landscape architecture graduates, three of whom are principals: Chip Mills, Mark Smith, and Barbara Austin, who has been with the firm for 23 years. RVi also hires interns each year to help introduce new people to the profession.

Learn more about Richardson and RVi Planning at rviplanning.com. View the complete list of ASLA’s 2017 Class of Fellows at asla.org.