Ainsley Dreher (BID 2010), president and owner of Design Innovations in Birmingham, Alabama, never expected that she would be directing her own interior design firm this soon in her career. 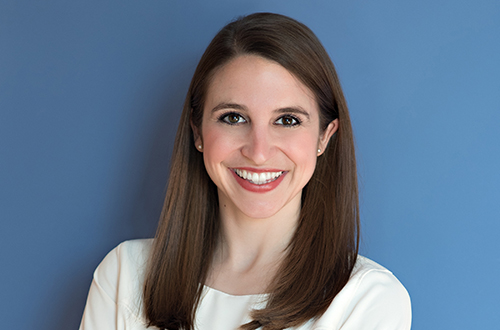 ​Upon graduating from LSU in May 2010, Ainsley accepted an internship with Engineering Ministries International (eMi), an architecture and engineering ministry based in Colorado Springs. Ainsley and fellow LSU graduate, Lindsay Zollinger White (BID 2010), were both accepted to the program and moved to Colorado in August 2010. While working for eMi, Ainsley met her future husband, who is from Birmingham, Alabama.

Ainsley moved to Birmingham, Alabama in September 2011, and started working for Design Innovations, a full services commercial interior design firm. The company was originally founded in 1983 by two sisters, Sue Matthews and Phyllis Reed. Over decades Sue and Phyllis grew their company to work on multiple types of commercial interior design projects, but always had a strong focus on healthcare design.

“When I first interviewed at Design Innovations, my portfolio and preparedness left an impression,” Ainsley said. “I interviewed in May and at the time the company wasn’t hiring. However, three months later when they did need a designer, she remembered me and my work. I attribute that to LSU.”

At Design Innovations, Ainsley was afforded many opportunities to grow as a designer and project manager, she said. “I was given much responsibility early on that pushed me and helped me grow in my career.” In 2015, she passed the NCIDQ and became a registered interior designer in the state of Alabama.

“​I love that as an interior designer I can have an idea or concept in my head that can be transformed into a physical reality,” Ainsley said. “I love walking onto a job site close to project completion and seeing my designs come to life, walking though the space that was an idea in my head months or years before.”

Design Innovations is unique in the fact that it is an interior design-only firm, Ainsley said. This gives them great flexibility to work on a multitude of project types and sizes. The firm was on the design team for Madison Hospital, an entirely new hospital built from the ground up, and smaller-scale projects such as the Montgomery Cancer Center lobby renovations. More recently, the firm completed the interior design work for the first free standing emergency department in the state of Alabama. Outside of healthcare design, they have also worked in educational, government, and religious spaces. 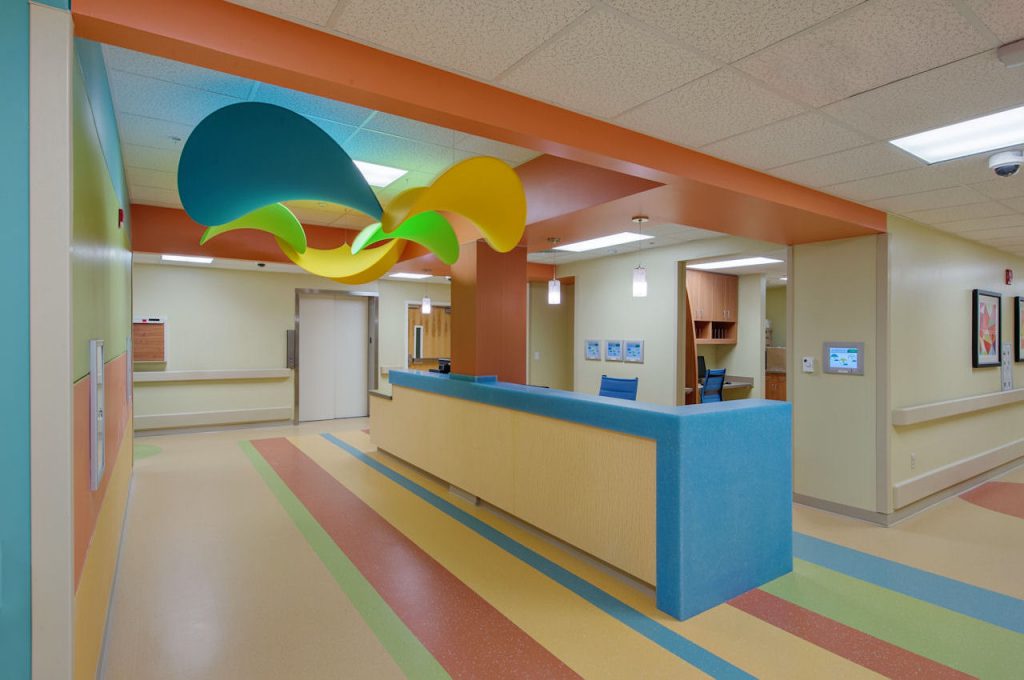 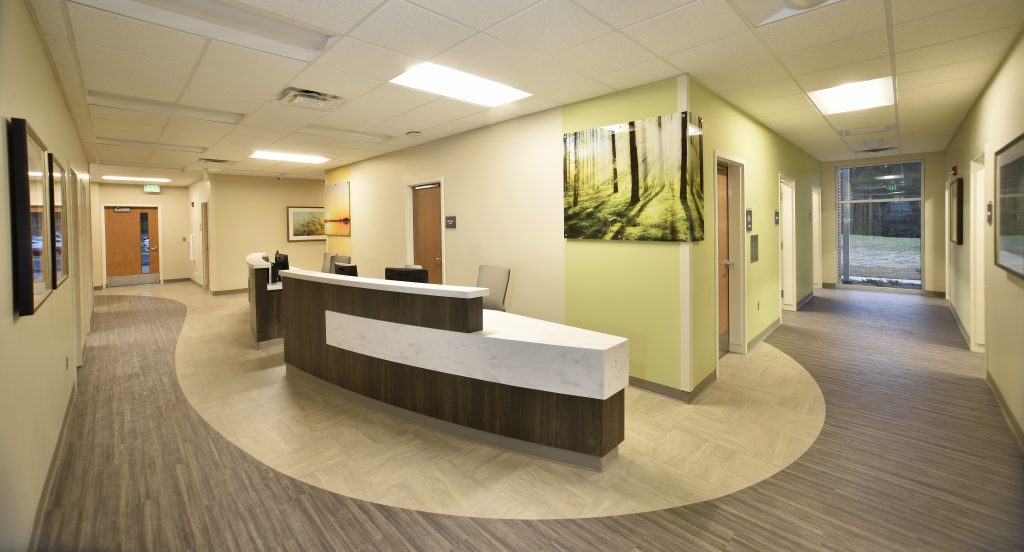 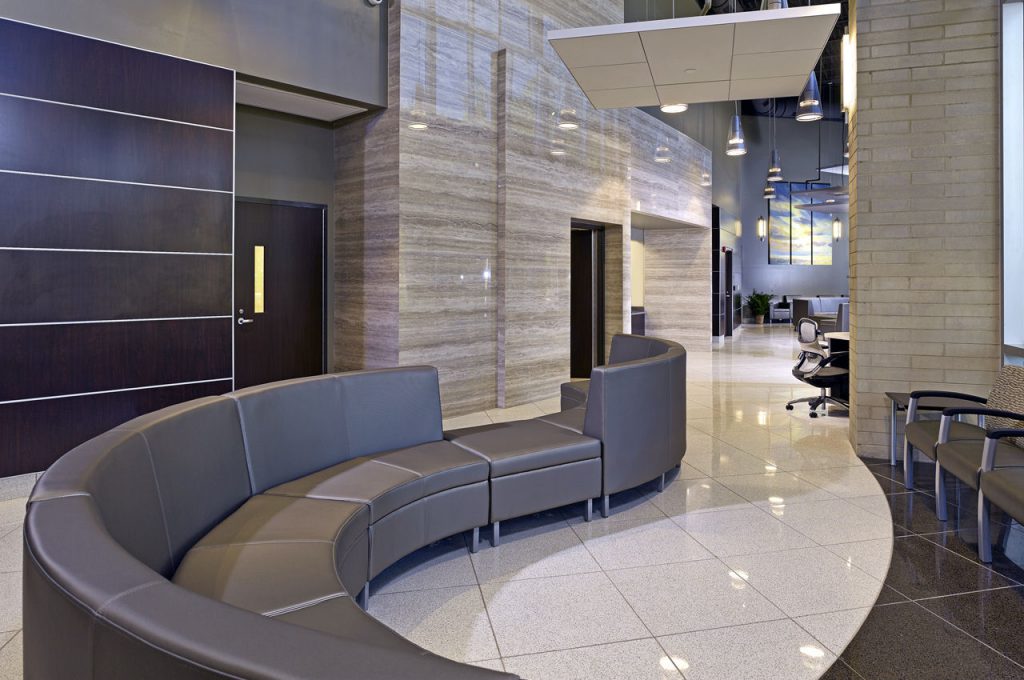 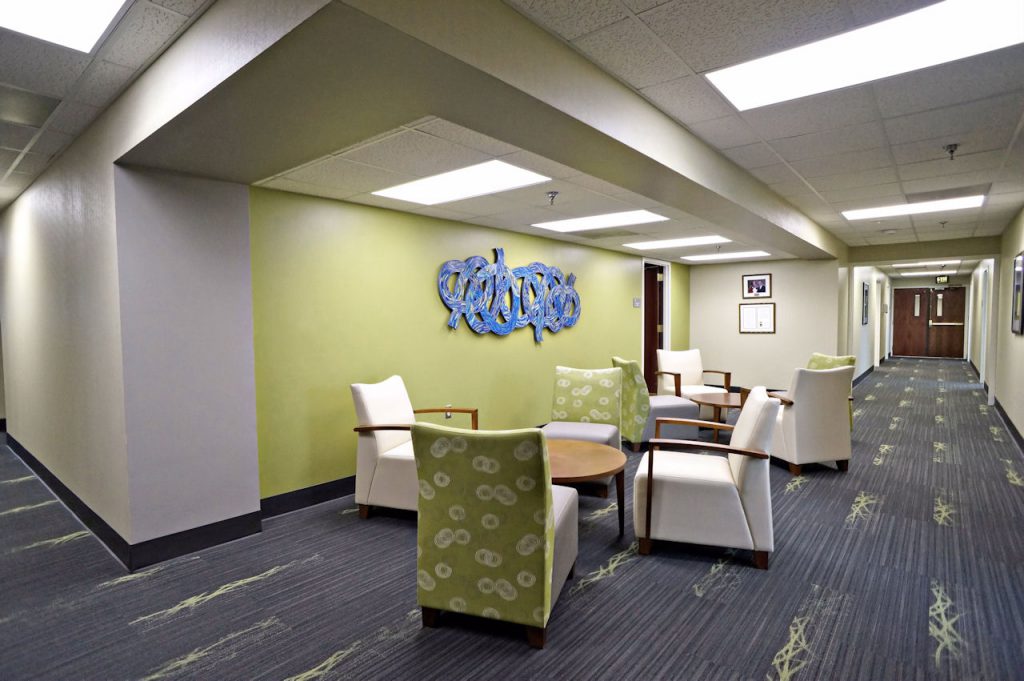 “I find great satisfaction in knowing that what I do is meaningful to others,” Ainsley said. “I know the beautiful, clean, and functional spaces we create for patients and their families contributes to their healing and happiness.”

After several years of working under Sue’s leadership, an opportunity presented itself to buy the company. After much thought, planning, and prayer, Ainsley purchased Design Innovations in July 2017, she said. “The past six months have taught me and grown me in ways that the first six years never could have,” she said. “Inheriting a healthy business is a little like jumping onto a moving train. I had to learn quickly as the business continued to roll along in my first months of ownership. I am learning every day more about being a business owner, while continuing to be an interior designer.”

Her time in the LSU interior design program was invaluable to her future career, Ainsley said. “The program at LSU not only gave me the skills I needed to pursue a career in interior design, but it also equipped me to think outside the box, to visualize in big picture ways, and to reason and problem-solve,” she said. “I know the long hours and late nights spent in the studio up on the fourth floor built character in me.”

Ainsley plans to grow the Design Innovations company as it enters its next phase of life with a new owner. While she seeks to continue the firm’s legacy of healthcare design, as they look ahead she would like to expand into more markets. As Ainsley looks to the future, she can’t help but reflect on the past.

“I am forever thankful to TL Ritchie who first sat down with me as a freshman in the architecture program and considered me for the ID program at LSU,” she said. “That decision to major in interior design at LSU has shaped and blessed my entire life in ways I would have never imagined.”