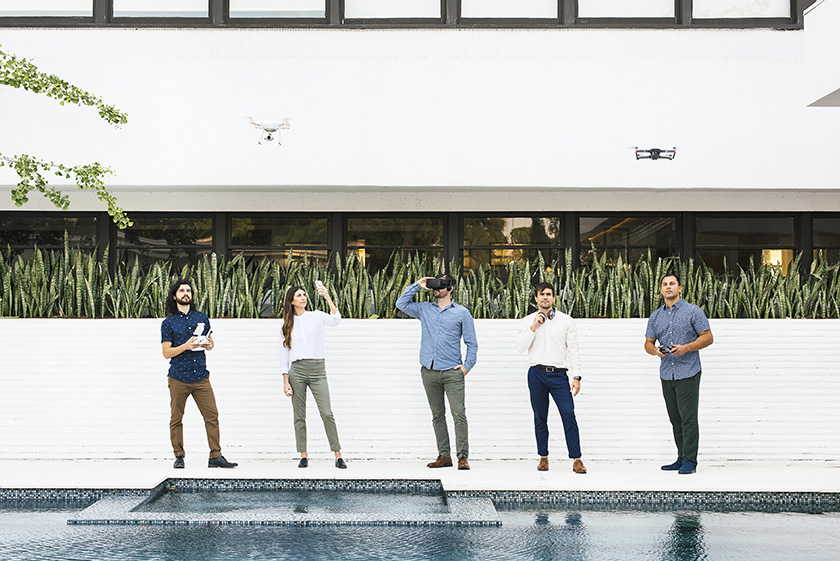 But the three alumni from different classes came together in 2018 to form CICADA, an architecture firm in New Orleans, along with Matt Decotiis, AIA, LEED AP (Tulane MArch ’12).

They connected through the profession, Seamus explained. After studying architecture at LSU, they scattered, respectively; James went to Washington, D.C., and Seamus practiced in Denver for a spell. Over the years, they worked for various firms and grew to know each other professionally. Though each of their professional paths were very different, they all found themselves back in the city of New Orleans.

“We all had a similar vision, and decided we would make a great team.”

They opened a studio on Magazine Street in the Garden District, leveraging their relationships in the NOLA community to jump into a wide variety of projects.

“The profession can lend itself to being slow and stuck in its ways,” James commented. “We felt as if we could bring change, not only to the way we approach design, but in the way we run a company.”

Each partner brings a different facet to the practice, joining their diverse skill sets to create a firm with a decidedly modern approach to architecture. James is a designer, 3D printer, “the drone wizard” with expertise in videography and photography. Seamus is a project manager and marketer. Paulo is an expert in digital rendering and animations. Matt is “the tech guru” who specializes in coding and parametric design. And, of course, they are all architects and designers. 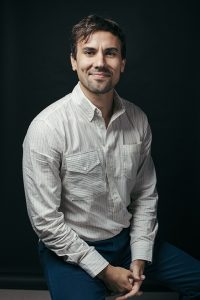 “We are the next generation of architects,” Seamus said. “The way we operate, bring different skill sets to the table – we respect each other’s areas of expertise and learn from each other to create our best work.”

“With technology advancing rapidly, we’re integrating new and diverse methods in and out of the architectural process,” he said. “We’re able to cater clientele who historically wouldn’t have come to an architecture firm, clientele who may not need just plans, but also need a 3D print, drone surveying, a social media hype video, or animations for a project that they are trying to sell.” 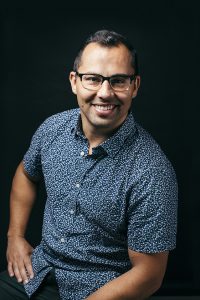 “At LSU our professors always made a point that with our education we could always pursue things outside of just architecture,” Paulo said. “They instilled certain expectations and skill sets that would allow you to excel in other facets of design.”

The LSU School of Architecture embraces an interdisciplinary approach to a well-rounded design education. “The future will see us designing and building in ways that are very different, if not unrecognizable, from today,” said Tom Sofranko, professor of architecture and associate dean of the LSU College of Art & Design. “We are learning to see ourselves as a part of nature, as opposed to its makers. Striving to broadly educate tomorrow’s architects, our new digital tools allow our students to more carefully examine the past and more confidently imagine the future.”

Cutting-edge technology is key to CICADA’s vision; the firm also provides visualizations, animations, aerial photography and videography. Their clients seek visualizations for diverse projects, and as architects they have worked on a range of projects from documenting building construction for structural engineers, collaborating with developers to populate site data, to working with like-minded creatives to create infographic animations for design contests, or developing environments for companies for a full virtual reality experience.

Technology is a key part of the architectural process. From using drones for field verification to digital rendering, state-of-the-art technology bridges the gap between the historical context and contemporary vision that come together in the modern design process. The practice is collaborative, combining “non-traditional” methods with classic elements of design. 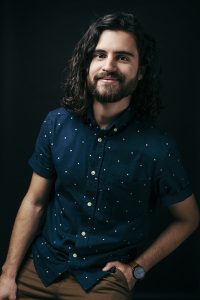 While practicing architecture, James started a digital modeling and fabrication business called Future Factory with his wife Adrienne (Trahan) Catalano (LSU BArch ’13). It was a true passion project, specializing in 3D-printed jewelry and custom digital modeling and rapid prototyping for the New Orleans, Baton Rouge, and Lafayette areas. James brought this experience into CICADA, expanding the firm’s capabilities. They have utilized 3D scanning and modeling for everything from prototyping products, showcasing architectural models, and documenting historic landmarks.

“Whether it’s something a person holds in their hands, or space they inhabit, we believe good design should be approached at every scale,” James said.

Interesting projects they took on this year include two interior office renovations for Phoenix Marketing International in both Tampa and New York City, an ongoing conversion of an established food truck turned brick and mortar restaurant, and the Louisiana treehouse renovation, designed for a naturalist artist. “The client wanted to emphasize the design as a direct reflection of its surroundings,” they shared. The design goals included “respecting the landscape, framing views to the surrounding environment, blending the lines between interior and exterior, all while maintaining the whimsical feel of a traditional treehouse.” 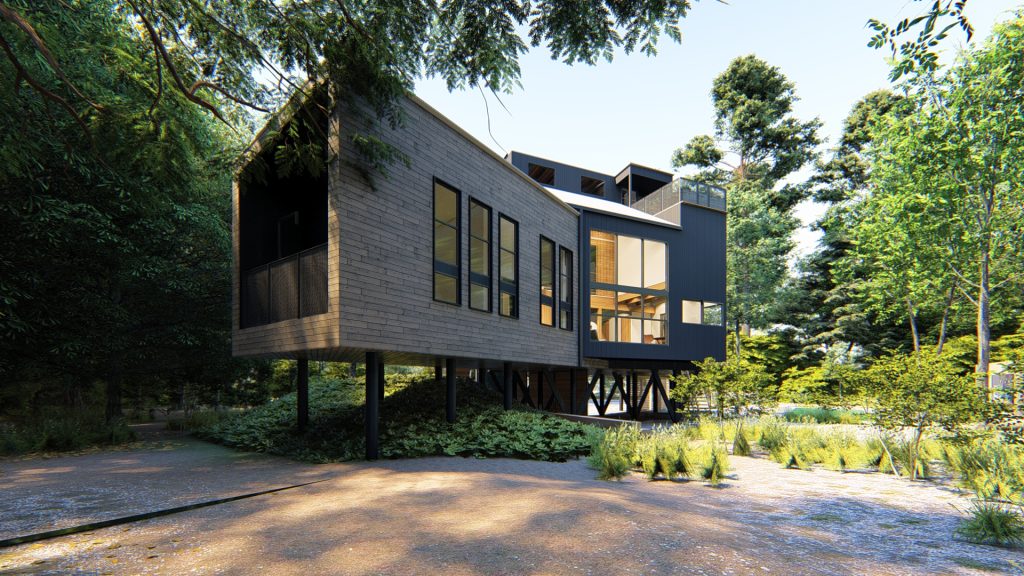 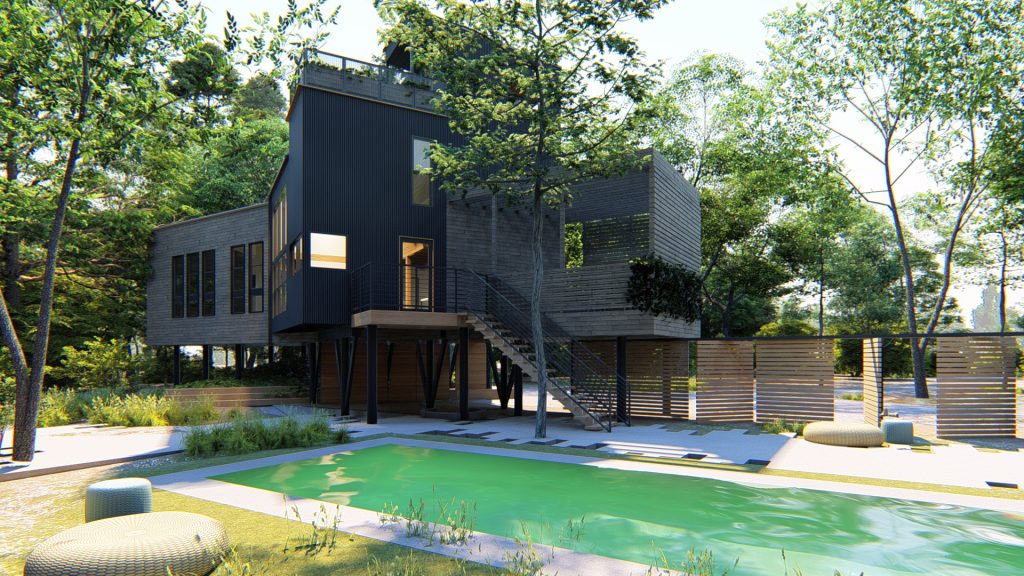 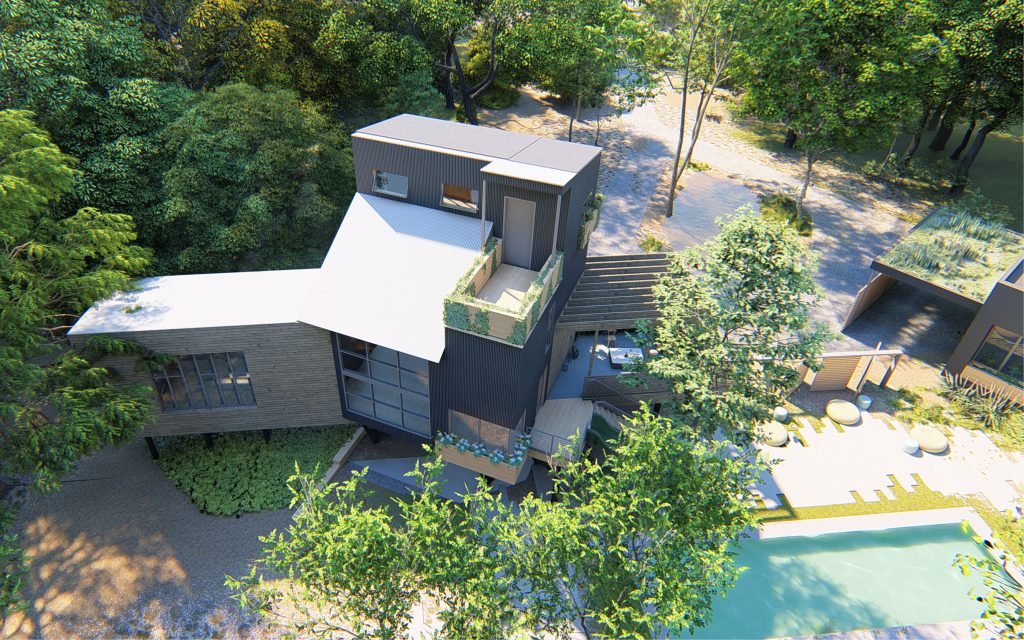 As New Orleans natives, the architects are concerned with designing for the community, creating buildings and spaces that improve the surrounding region. Their hope is for their architecture to integrate seamlessly into the lives of the inhabitants, and the region that they call home. Paulo, for example, is a self-described “true French Quarter kid – surrounded by horse-drawn buggies, haunted homes, and authentic Euro-Caribbean architecture,” which helped shape his design sensibilities. As designers, they show deference to the unique setting of Louisiana.

“We’ve had the opportunity on a few projects to create the entire mood and concept of a space from scratch,” James said. “We work alongside and grow with the business owners as they begin to flesh out their business.”

To connect with this vibrant community and explore their many interests, the partners decided to launch a podcast called The Swarm, hosted by Seamus and James, where they talk architecture and design, and interview entrepreneurs making change in the local community. They engage with local experts about different aspects of design with the hopes of sharing it with the public.

Seamus said, “we’re trying to make architecture approachable to our parents, friends – everyone.”