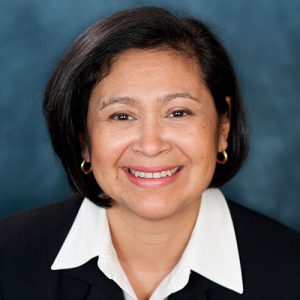 In 2015, Gracia Maria Shiffrin, an architect and attorney, was named a Fellow of the American Institute of Architects for her work as a nonprofit developer, housing provider, and municipal funder. Currently an asset resolution specialist for the Chicago office of the U.S. Department of Housing and Urban Development (HUD), Gracia’s work over the last two decades has resulted in the creation and preservation of thousands of units of affordable housing; she has steered the preservation of Chicago’s historic resources and enhanced the redevelopment of neighborhoods and commercial corridors.

Before joining HUD, Gracia was a real estate development consultant, providing guidance to developers for the creation of large housing developments in the Chicago area for special populations such as homeless veterans, veteran families, and the elderly. Previously, she was the executive director of Chicago’s Catholic Charities Housing Development Corporation, where she was in charge of the real estate development of affordable housing for seniors, veterans, homeless, and the disabled. Prior to her housing work, Gracia spent 10 years working for the City of Chicago in three different roles. As deputy chief of staff for the Office of Mayor Richard M. Daley, she was responsible for the coordination of mayoral initiatives, requiring unique partnerships among numerous city departments, sister agencies, and private organizations. She led a multi-departmental effort for the protection of historic water tanks and guided collaborations with the School of the Art Institute of Chicago and the Salvation Army’s Kroc Center. She was assistant commissioner serving as staff for the Chicago Landmarks Commission, where she managed the city’s historic property tax incentive program and leveraged more than $315 million in various historic preservation projects. As one of the city’s attorneys in the Chicago Law Department, Gracia provided legal counsel for the financial transactions of various city departments such as Housing, Planning & Development, Finance, Human Services, and Budget. 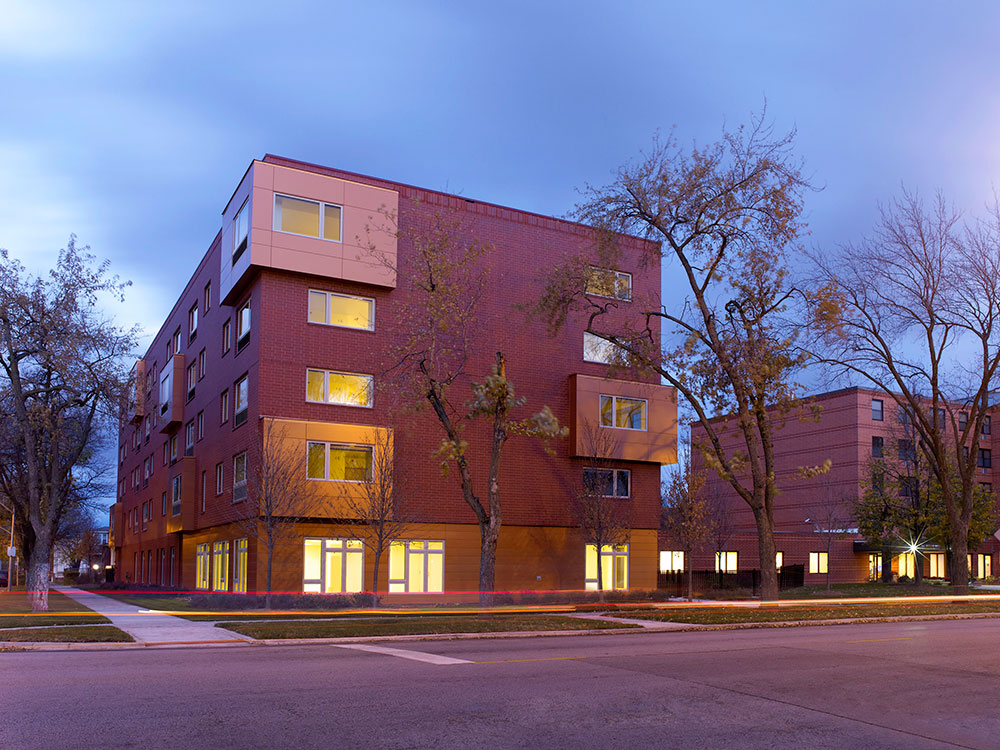 Gracia led the entire All Saints Residence project, a 42-unit elderly residence in West Pullman, one of the poorest neighborhoods in Chicago. She assembled the land parcels, established a budget, obtained the $8.5 million in financing from public and private sources, secured entitlements, influenced architectural design, negotiated the design and construction contracts, closed on the project financing, worked with government officials, oversaw construction, and supported lease-up efforts. Urban Works, architect of record. Photo by Anthony May

As a 17-year-old refugee fleeing civil war in El Salvador and arriving in Baton Rouge, Gracia and her family never imagined she would achieve so much and have these opportunities. Gracia recalled having a hard time adjusting after her family’s displacement. “Those were challenging times,
coming to a new country and starting over from the bottom,” shared Gracia. “But once I started architecture school and made friends—I made a lot of good friends—things started falling in place.”

Gracia has always loved architecture—her father wanted to be an architect himself. Before leaving El Salvador, her father had been the head of the nation’s Social Trust for Housing. “It all circles back to my dad,” noted Gracia. “As a teenager, we would go to ribbon cuttings and ceremonies for new developments, and the president would be there. I would visit construction sites with my father. That’s what motivated me to be an architect; my mission is not just to design and develop commercial buildings but to contribute to those less fortunate.”

After receiving her Bachelor of Architecture from LSU, Gracia relocated to the San Francisco Bay Area, where she worked as a project architect for seven years before she married and moved to Chicago. Building on her background as an architect, Gracia embarked on a new career, earning her law degree from DePaul University and interning with the City of Chicago, which opened the door for her future role in the city she, her husband, and their two daughters so dearly love.

“Chicago is a huge city with amazing architecture. It’s alive and full of terrific neighborhoods with strong identities. I’m proud to work to protect it and to ensure that people of all incomes and abilities have the means to enjoy living here, too.

“Looking back, I’ve been lucky,” added Gracia. “I’ve had so many opportunities in my life, being an architect has been essential to our lives, even though I followed a less traditional path. My work has been extremely rewarding and at the end of the day, I’m putting all my skills to work to impact others in a positive way and to give back to this wonderful country that has given me so much.”