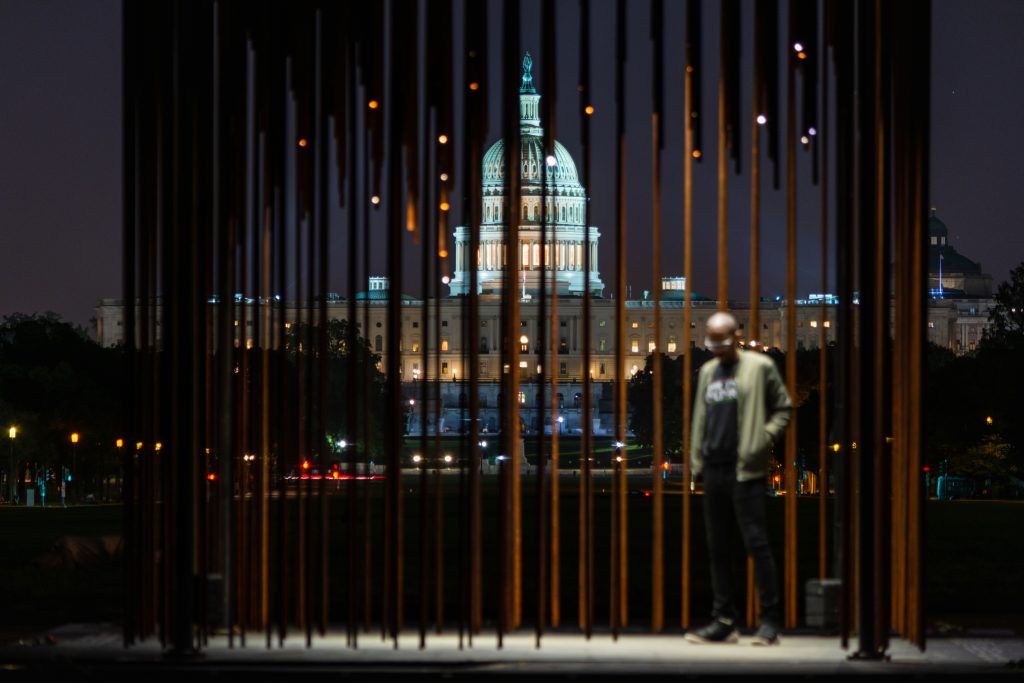 Peering through the bars of the cage on the National Mall in Washington, D.C., onlookers are greeted with a powerful message: white society has oppressed people of color for centuries and continues to do so today. This is Society’s Cage.

LSU architecture alum Ivan O’Garro (BArch 2012) was a member of the team that designed Society’s Cage, an art installation created in the aftermath of the George Floyd and Breonna Taylor murders in 2020. It was installed on the National Mall in fall 2020. 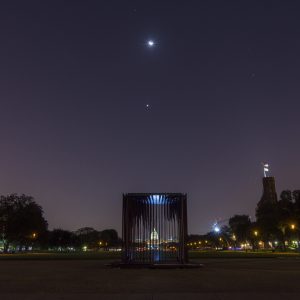 The installation features a bold interpretive pavilion sculpted to symbolize the historical forces of racialized state violence. The experience educates visitors and functions as a sanctuary to reflect, record, and share personal thoughts. It is conceived in solidarity with the Black Lives Matter movement as a mechanism for building empathy and healing, according to Smithgroup. Listen to Society’s Cage Soundscape.

The goal of the design team, led by Dayton Schroeter and Julian Arrington, was to use the art piece to spark open and truthful dialogue around systemic racism in America by presenting the harsh truths of the continuum of racial injustice beautifully, O’Garro said.

The installation is designed to evoke strong emotions, to impact the viewer, and make one think about the complex history of the United States, culminating to where we are today. “Ideally, the work will continue to travel the country and help different communities have real discussions centered on facts.”

Society’s Cage‘s design process was fast-paced, decisive, collaborative, and, in many ways, came naturally, he said.

“One of our strengths was the level of trust among team members,” O’Garro said. “Each person had a specific role to play. We held each other to a high standard of excellence and accountability. That trust remained paramount because of the heaviness of the vessel’s message; we had to acknowledge that we were simply messengers delivering the truth.”

O’Garro focused on research, data analytics, and interpretive text aggregation. He poured over volumes of historical data related to the four aspects of institutionalized racial violence depicted by the cube’s sides: lynching, mass incarceration, death by police, and capital punishment. 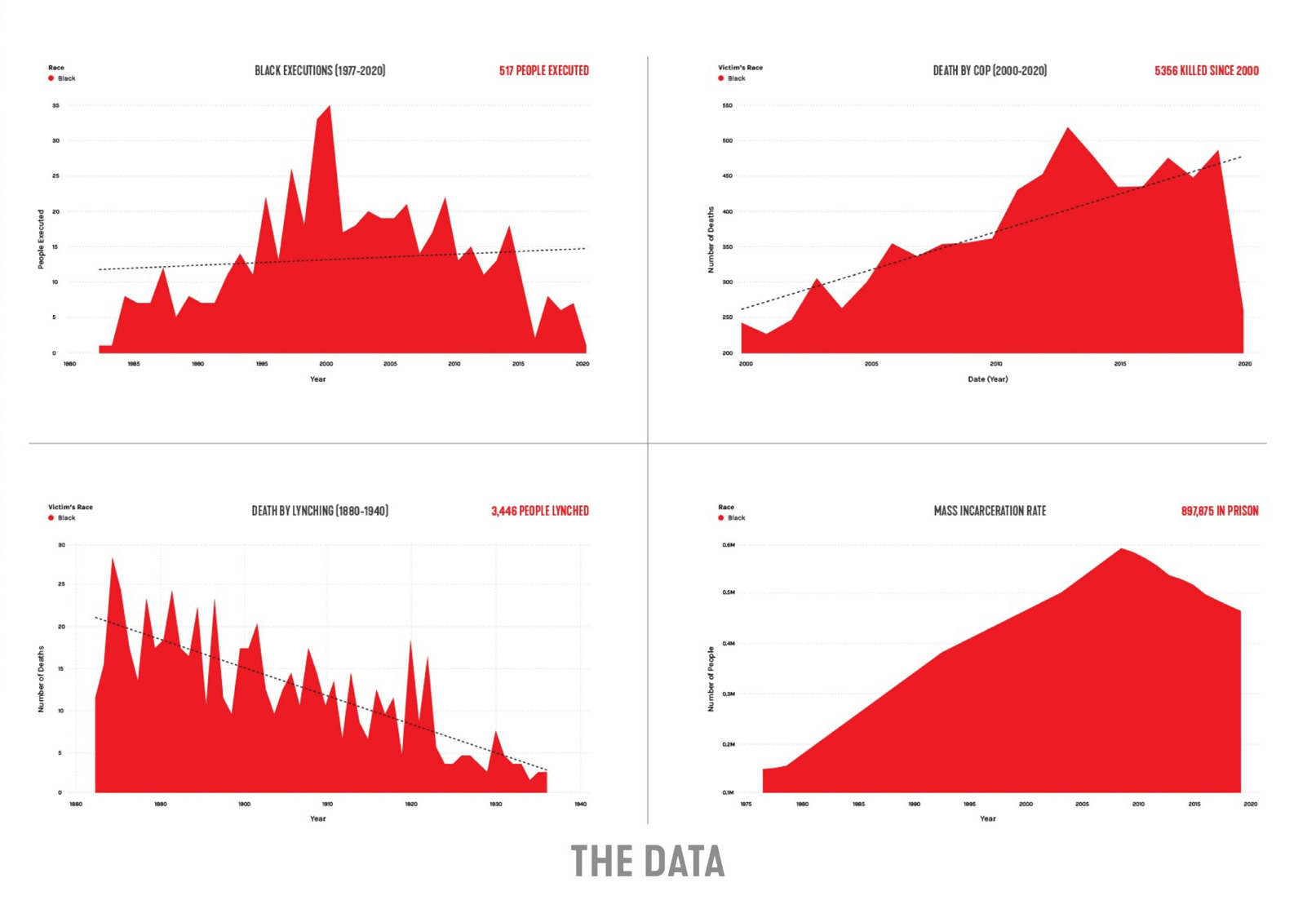 The piece uses the interpolated data (four trend graphs) to form the pavilion canopy, which allows the visitor to experience the “weight of oppression” from above. On the pavilion floor, the names of almost 10,000 victims of lynching, capital punishment, and death by police officers create a texture that is broken only by quotes of Black scholars and luminaries.

Society’s Cage tells a gut-wrenching story of the plight of generations of Americans.

O’Garro has his own story to tell, of a passion that brought him to the United States to study architecture. He grew up in Trinidad & Tobago, carrying an international viewpoint that adds to his design perspective and a lifelong desire to give back to others. 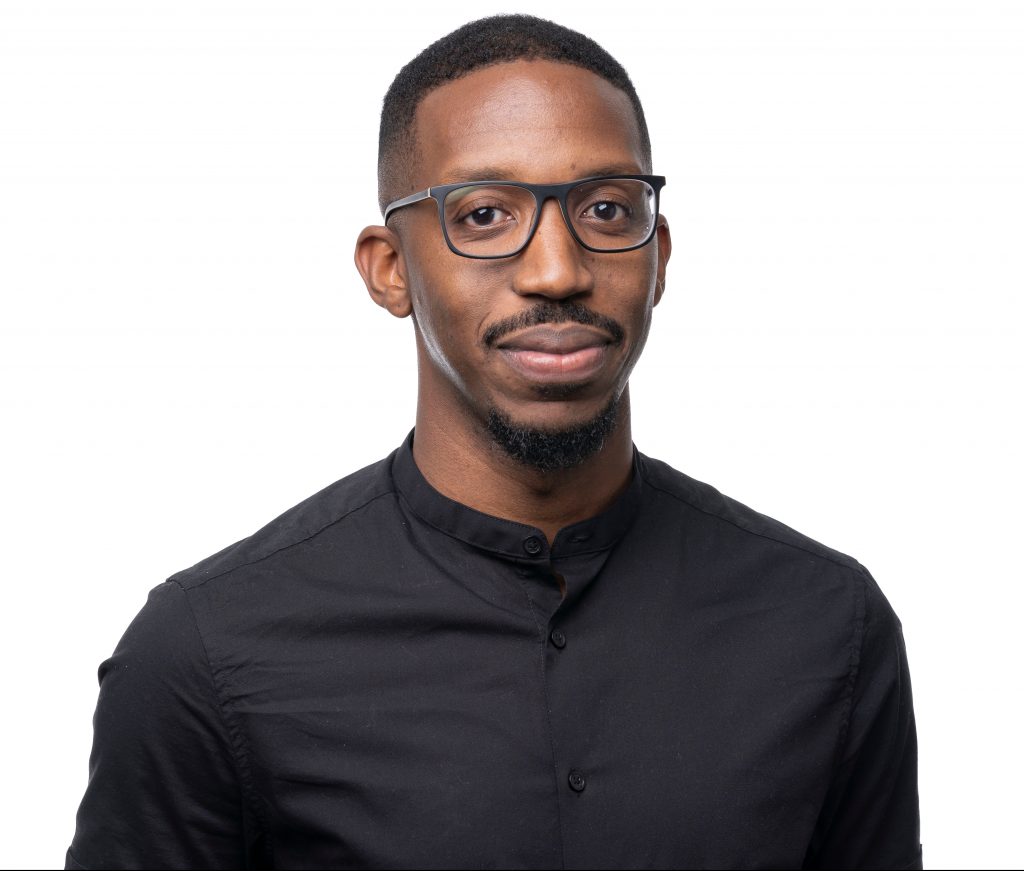 “My wife says I’m one of those lucky people that has found their passion in life and gets to pursue it every day. I’ve wanted to be an architect since I was nine years old,” said O’Garro.

“That was the year my mom gave me a copy of AutoCad to play around with as a gift,” he said. “I loved the idea of being able to imagine a space, build it, and have someone walk through my creation. To this day, the most fulfilling part of my job is observing how people interact with places that once existed only in my head.”

His path to LSU was circumstantial, he admits. “I wish I could say I followed some profound process picking where to study architecture, but I didn’t,” he said. “I was an international student at Tulane with a high GPA and no money. LSU had a far better academic scholarship package for students like me, so I transferred and moved to Baton Rouge.”

“That was one of the best decisions I could have made as a college student. I met some of my closest friends at LSU, folks that I collaborate with to this day. Moreover, I now had a winning football team to support.”

He was able to work at one of the nation’s top design firms while he matriculated. The LSU School of Architecture’s consortium fellowship also enabled him to spend a year in Washington, D.C., studying architecture in an urban context.

Since graduating, he has lived in Boston and D.C. and worked on projects on five continents. He currently works in the nation’s capital at Smithgroup as a lead designer in the cultural studio. His practice group focuses on museums and other cultural edifices.

He also runs SamanHaus, a social architecture nonprofit he launched in 2015 to provide pro bono architecture services to children’s institutions in Haiti.

“In many ways, creating the nonprofit was the logical progression in a series of volunteer efforts that started for me in 2010 after the devastating earthquake of 2010. It was also a way to work with my close friends Mike Johnson and Robin Bankert on projects that used our skills and training to give others happiness.”

O’Garro’s passion for design and youth development helped him identify the need to couple the two to create better living conditions for society’s most vulnerable members. He believes that “designing beautiful, safe spaces for Haiti’s orphans creates positive ripple effects on their life trajectories.”

Projects include the renovation & expansion of the Clermont Foundation Center for Homeless Youth in Jacmel, Haiti. The center provides food, shelter, healthcare, and education to homeless boys in Jacmel. 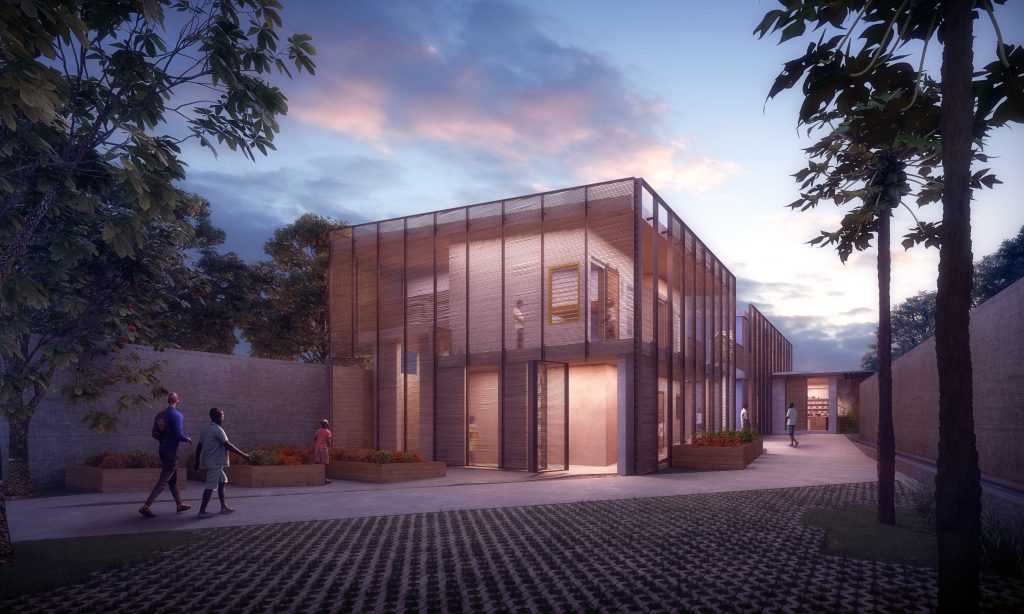 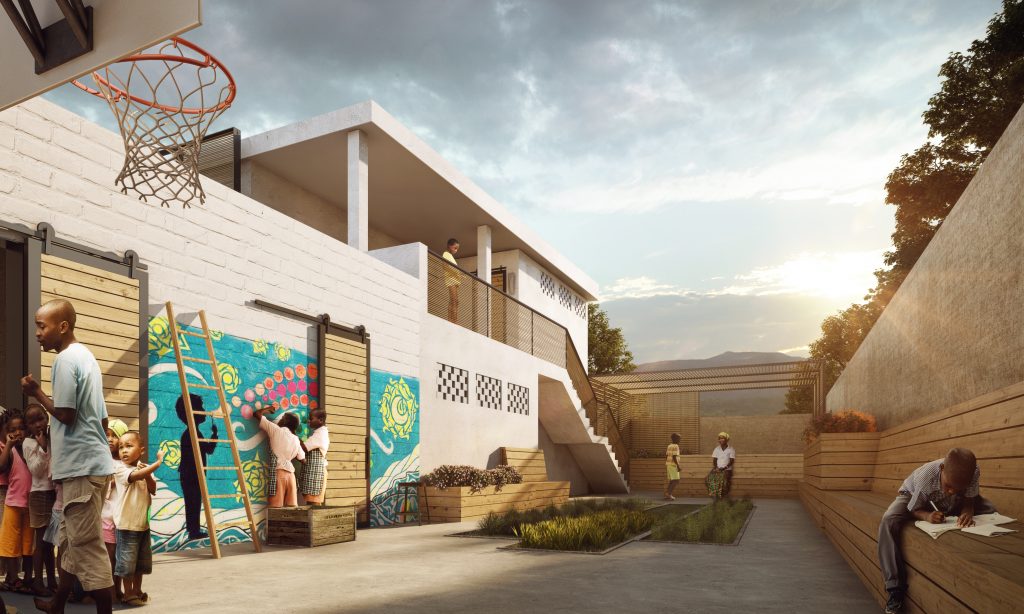 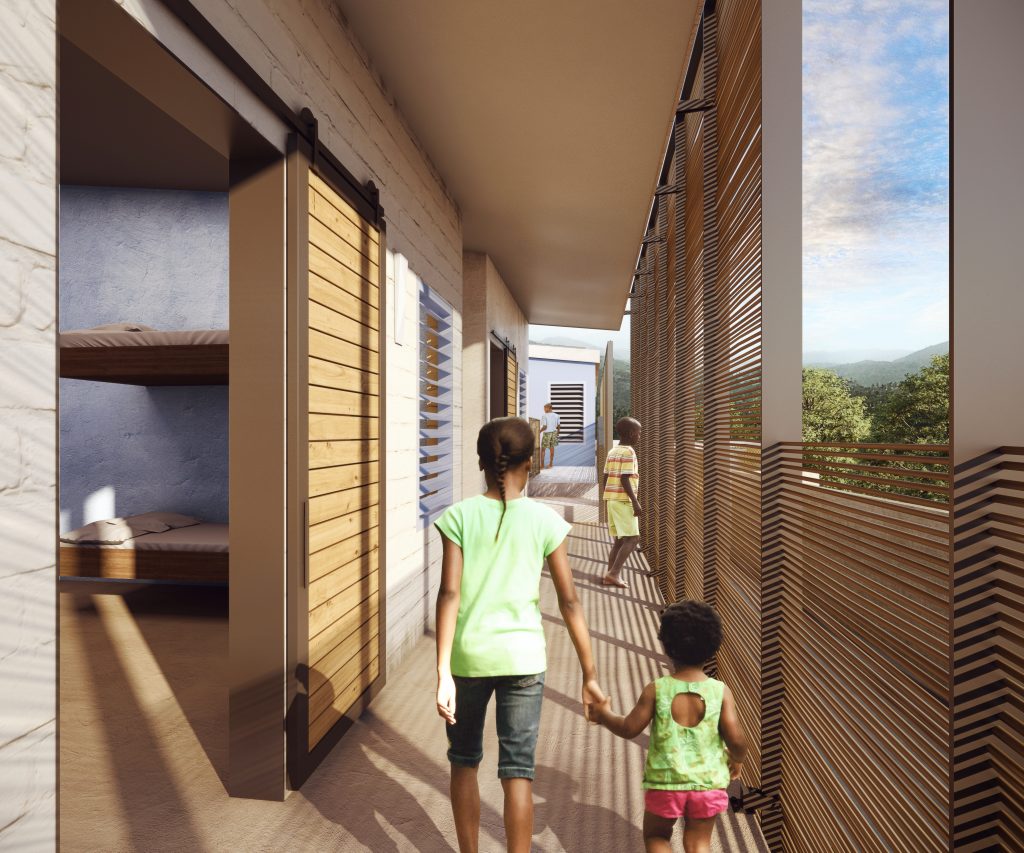 “Ivan and I were in the same class at LSU SoA, and we’ve been close friends ever since,” said Mike Johnson (BArch 2012), Harvard Graduate School of Design graduate and SamanHaus lead designer.

“In 2015, when we were both living in Boston, he offered me an amazing opportunity to join him in a nonprofit that he just started,” Johnson said.

SamanHaus’s first project was to renovate and expand the orphanage building at no cost to the orphanage. Johnson said they think of this project as a prototype for new construction in Haiti for many reasons:

“Beautifully designed spaces significantly enhance the orphans’ experiences and lives,” Johnson said. “This nonprofit and this project epitomize Ivan as a person and as an architect. He is a good friend, from those closest to him to people in need in another country.”

“He cares deeply about everyone, from fighting for safety in Haitian construction to fighting for racial justice at home. He advocates for sustainable design, from fighting climate change with renewable energy to designing healthy environments for those in need.

Ivan is constantly innovating, he has tremendous design skills, and he has an extraordinary ability to connect with people – all people. I am so fortunate to be able to call Ivan a close friend and colleague, and I look forward to seeing what the next chapter brings us.”

The ultimate goal: to use design as a means of making life better for all.

Learn more about the LSU School of Architecture.