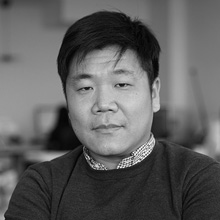 Lee is a project designer at Site design group ltd in Chicago. He is a ANOVA National Grant Competition for Emerging Professionals in Landscape Architecture 2018 grant winner. His winning grant entry to “describe a space that influences your career in landscape architecture” centered around themes from his childhood.

Lee was born and raised on an island on the west coast of South Korea where 60% of residents depended upon rice farming for their living while Lee was growing up.

“Since I was a child, I hoped to see our environments kept green and sanitary to provide for good health for the people,” he said. “I think that landscape architects can support and explore ideas that can contribute to society with our stewardship of the land.”

The farmland where he grew up was a beautiful and culture-rich place that has influenced his interests in landscape architecture, he said. “With its four seasonal changes it offered different experiences for me.”

“Our family, like the many others, had about four acres of a rice farm and also grew vegetables for many years,” he explained. “Our house was in the middle of the farmland and the mountains. Since eighth grade, my childhood was as an assistant farmer under my father’s supervision through my early 20s, until I moved to Louisiana to attend university.”

The island’s culture largely revolved around rice farming. In spring, rice farmers set fires along the banks of the farm edges to get rid of weeds and insects, and then farmers sow rice seeds. The rice plants are maintained with irrigation throughout the summer, until they become mature and are harvested. The rice is served at most meals.

“After the harvest season ends, the farmlands are vacant, but for kids in the neighborhood, it is a great playground. At night, I recall spinning fire cans of flames with pine cones in them (a traditional Korean game),” he remembered. “Winter in the farmlands provides more activities. My father filled the land with water and waited until the weather got colder. The farmland then become an ice-skating or ice hockey rink. My childhood in the farmlands was full of joy most of the time.” 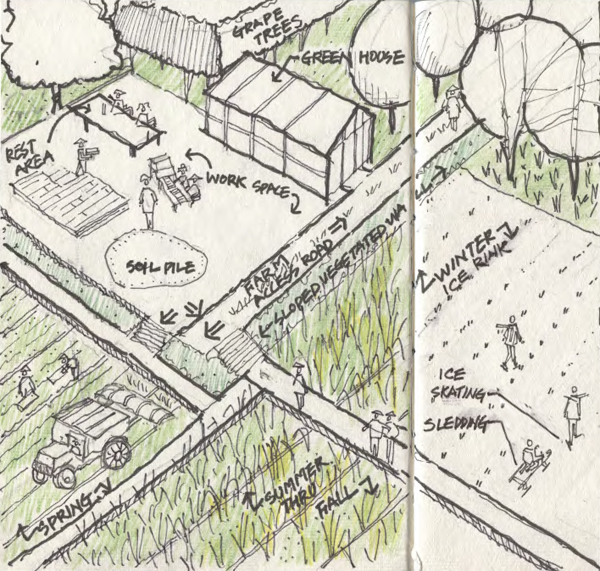 “The memories that I gained from the rice farm during childhood brought me my own cultural space that influenced my choice of the profession of landscape architecture,” he said. “The process of growing rice plants provides aesthetic value from the plants with their seasonal changes as the plants turn different colors during the seasons.”

He learned that a space that we create can change its use by season and day and night in order to provide different uses, a theme that later informed his designs.

“I also believe that as a landscape architect we have the ability to create a space that brings one’s childhood memories back,” Lee said. “Different atmospheres can be created with different materials, topography, light, water and choice of plants.”

“As a landscape architect we have the ability to create a space that brings one’s childhood memories back.”

In 2008, Lee had to witness his family’s house being demolished, because of a new government policy taking effect. “When it took effect in my hometown, civilians had to forcefully accept that policy and most of the residents had to move to other places. Of course we had to stop farming and live with the grant in exchange for losing our land.”

Currently commercial and residential apartment buildings have taken over the family’s former farmlands. The City planned a new layout of roads throughout the town. The existing mountains had thousands of native trees that were cut down and regraded to accommodate more residential buildings.

He decided to leave South Korea and study in the United States. “The island was rapidly changed and industrialized in one decade and it does not feel like my hometown anymore.”

It’s important to respect people around you and be kind to them, he learned.

“In a project, I am strongly inspired by the history of the site and by the people nearby,” he said. “Landscape architects can utilize our ability to diagnosis big issues by studying and listening to come up with good ideas. I like to know what it was like in the past, what it is like now, and what it could be in the future.”

He said as a student at LSU, he was influenced by the RRSLA faculty members, who “believe that landscape architecture can make positive changes to the environment and society, and they encourage students be a part of it.”

“The faculty believe that landscape architecture can make positive changes to the environment and society, and they encourage students be a part of it.”

Choosing the landscape architecture program at LSU was a great choice, Lee said; it forced him to rethink his future. “I didn’t think I would be a designer, nor working in U.S. But at LSU Robert Reich School of Landscape Architecture I learned the foundations of how to be a designer and survive as a professional in America.”

And he had “a wonderful school experience. In the school of landscape architecture you’re in a network with your classmates for five years and become a best friend each other.” Those lasting relationships continue throughout professional careers.

He joined Site as a Project Designer in 2017. Since graduating from LSU, Lee has worked on a wide range of projects – including residential, commercial, and rooftop amenities throughout the east coast.

In the future, Lee hopes to continue to design as a landscape architect, and perhaps one day have the opportunity to provide mentorship to students and young professionals. “I want to contribute my knowledge to the profession and society in a good way.”