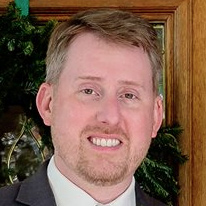 David attended LSU from August 1992 through December 1996, earning a Bachelor in Fine Arts specializing in Graphic Design. During his studies he also participated in a variety of extra curricular activities including intramural sports with the Residential Housing Authority and Student Government Association roles including School of Art Representative. After graduation David immediately received a position as Graphic Designer with an advertising agency in Hammond, Louisiana handling creative work for dozens of clients. He transferred from this position to one of Art Director with an agency in Covington, Louisiana, at one time managing three junior designers. In 2002 he and his brother bought out that agency and changed the primary focus to Internet services. After Hurricane Katrina severely impacted business operations and that of their clients, David transitioned into a Marketing Director post at a building automation manufacturer in New Orleans where he piloted design of online and print materials as well as expanding into trade show productions and even industrial design projects including electronics interfaces and enclosures. A new opportunity with a home automation manufacturer allowed for further expansion into GUI designs and large-scale print production as the chief in-house Graphic Design Coordinator. Seeking to return to work closer to home, David accepted an opportunity at the local Nissan and Hyundai dealership network in Covington in 2014, bringing his expansive business and design experience to the direct retail market.