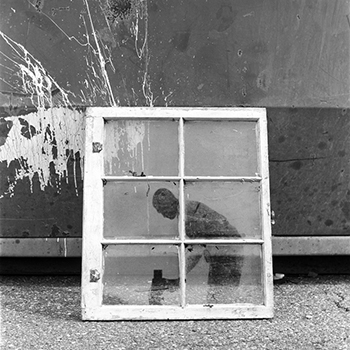 Adam Hess completed his MFA in photography at the LSU School of Art in the fall of 2008 and taught as an adjunct instructor for the School of Art through the summer of 2011. During that time, Hess also worked as a research associate for the Department of Oceanography & Coastal Studies; as a digital imaging specialist with Hill Memorial Library Special Collections; and as a cataloger and assistant librarian in the government documents department at Middleton Library. In the fall of 2010, Hess earned a Master of Library & Information Science from LSU and was named a Samuel H. Kress Fellow in Art Librarianship at Yale University in 2011. In 2012 Hess went on to New York City to become the Digital Asset Manager at the Solomon R. Guggenheim Foundation in New York, where he curated the foundations’ digital media collections until 2014.

Currently Hess is an Assistant Professor & Digital Resources Librarian at Arcadia University (Glenside, PA). His major initiative has been to grow the university’s institutional repository, ScholarWorks@Arcadia, as well as launching a Center for Scholarly Communication, which will serve the Arcadia community in all its research and writing efforts. Hess also liaisons to the departments of Art & Design, Theatre Arts, and Media & Communication, as well as teaches First Year Seminars, University Seminars, and Studio Arts courses.