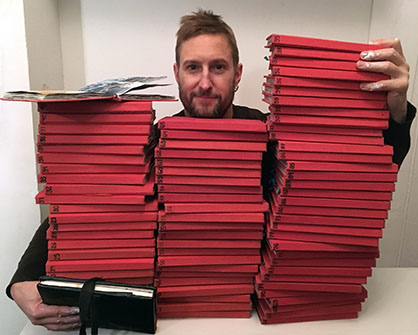 Marcus McAllister, BFA 1991, of Little Rock, Arkansas, started his first sketchbook as a painting and drawing student at LSU. Now on his 101st sketchbook, he has dual French–American citizenship and is a full-time professional artist who has lived in Paris for more than two decades. His artist’s practice is centered on his sketchbooks. For more than 20 years, he has carried a sketchbook with him wherever he goes, using it as a tool for pulling order from chaos. The sketchbooks help him organize random information, digest experiences and memories, ideas and imaginings.

“The process secretes meaning,” Marcus noted. “I use the individual pages as a template for paintings on canvas. My idea is not to copy the pre-existing drawing, but to use it as a map for exploring formal possibilities of scale and matter.”

Marcus’s acrylic paintings are developments and expansions of the sketchbook-generated ideas. His paintings present dreamlike depictions of figures, characters, animals, and cities. Sometimes there are recognizable forms and places painted from life or memory; other times the depictions are more symbolic and abstract. Marcus’s characteristic style combines fine art, illustration, and mysticism—qualities that transcend time and setting.

“An interesting side-effect came from the presence of the sketchbook during this exploration on canvas,” Marcus shared. “As I searched for painting solutions, I naturally took up my sketchbook to think through possibilities on pages that in turn gave rise to other paintings. Paintings became the sketches for the sketchbook pages.” 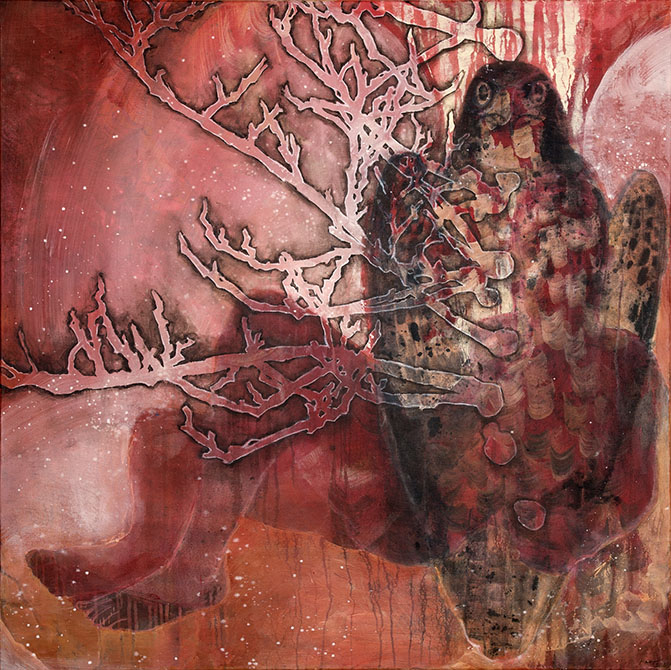 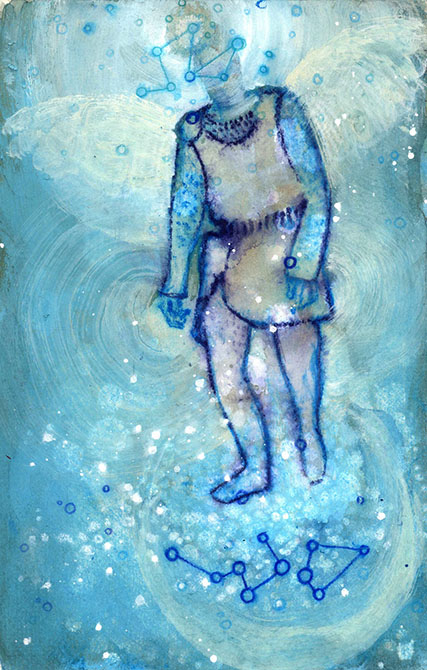 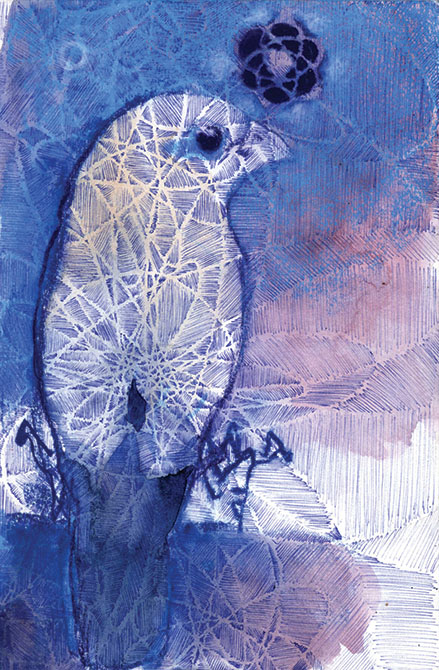 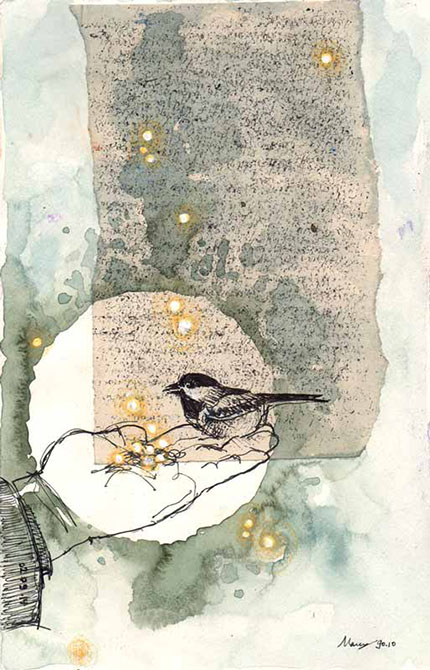