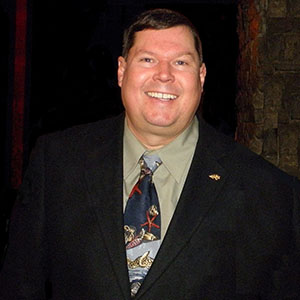 Stephen E. McLaughlin, RLA, ASLA, has been practicing in the Delaware/Maryland/Virginia region for two decades, including for the past two years at the U.S. Department of State, providing subject matter expertise in landscape architecture as a supervisor of site design for American diplomatic missions world-wide and serving as a code official for landscape-related design standards. Steve has previously been employed with architecture, engineering, landscape architecture, and other consulting firms of various sizes, serving a broad mix of governmental and private sector clientele on projects around the USA and abroad. He has also worked in a self-employed capacity, designing residences, additions, decks, patios, and gardens. His first career was as a U.S. naval officer, in both the Atlantic and Pacific fleets. Steve has a bachelor’s degree in architecture from the University of Virginia and an MLA from the LSU Robert Reich School of Landscape Architecture. He is certified by CLARB and professionally registered in Maryland. He is a member of the ASLA Potomac Chapter, recently elected as an at-large member of the executive committee, and he was previously affiliated with the Maryland Chapter, where he once served as secretary. Steve also serves on the Board of Directors of the the Lewis & Clark Trail Heritage Foundation, National Capital Chapter, as secretary, and as secretary of the USS Julius A. Furer Association (a naval veterans reunion group). Steve has been married to Sophia Wang McLaughlin since 1999, and they currently reside in Arlington, Virginia. Steve and Sophia enjoy patronizing the National Capital area’s visual and performing arts scene, attending lectures and symposia, museums and galleries, and studying cultural landscapes and architectural history. Steve’s other passions include Chesapeake Bay restoration, landscape and streetscape photography, naturism, and figure drawing.