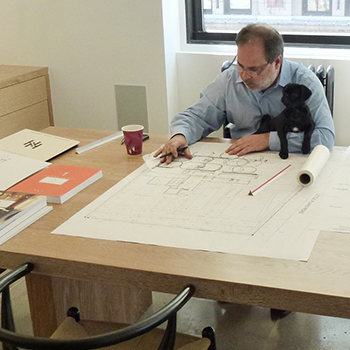 Tim Orlando received a Bachelor of Landscape Architecture from LSU in 1983. Orlando is an established practitioner currently working as a senior associate at Sawyer|Berson in New York City. He has worked on high-end residential townhouse and terrace projects in Manhattan and beachfront estates in the Hamptons. Select projects outside of New York include the Sydney and Walda Besthoff Sculpture Garden at the New Orleans Museum of Art, a neoclassical garden in Old Metairie, and a waterfront villa in the British Virgin Islands. Since his relocation to New York City from New Orleans in the summer of 1985, Orlando was first involved with the design and construction management of several park projects throughout the city. During the course of his professional career, he has received two design awards from the New York City Art Commission and three design awards from the American Society of Landscape Architects for individual and collaborative work. Orlando maintains licensure in New York and Louisiana, and is a member of the American Society of Landscape Architects and the International Federation of Landscape Architects.