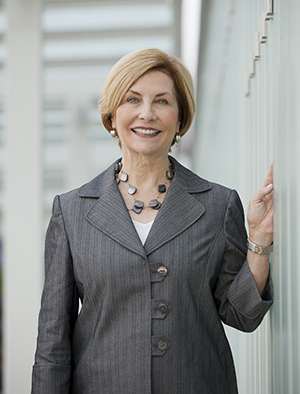 Well-versed in local community planning activities, Thomas has led neighborhood redevelopment efforts in Baton Rouge since obtaining her Master’s degree in Landscape Architecture from LSU. As the former head of Plan Baton Rouge and the Mid-City Redevelopment Alliance, Thomas has been an advocate for smart growth in Louisiana throughout her career.

While Thomas’ work at Plan Baton Rouge focused in the revitalization of the downtown area, in the aftermath of Hurricanes Katrina and Rita, she led CPEX in facilitating the Louisiana Speaks recovery process, which was the largest planning effort ever undertaken in Louisiana and set national records for public participation. The process resulted in the Louisiana Speaks Regional Plan, a comprehensive plan created through the participation of over 27,000 South Louisiana residents. Thomas has continued to build on that plan, overseeing CPEX’s planning efforts in parishes across the state.

In recognition of her outstanding contributions to Louisiana, Thomas has been honored by the Baton Rouge Chamber of Commerce, the YMCA, the Baton Rouge Business Report, LSU and the Louisiana Architecture Foundation. In September 2009, Thomas and CPEX were awarded the Olmsted Medal by the American Society of Landscape Architects (ASLA) for “incredible leadership and set the standard for bringing community members and leaders together to work toward a shared vision for future growth and development.” One year later, Thomas became the second woman in Louisiana named to the ASLA National Council of Fellows, one of the highest honors the organization can bestow on an individual.