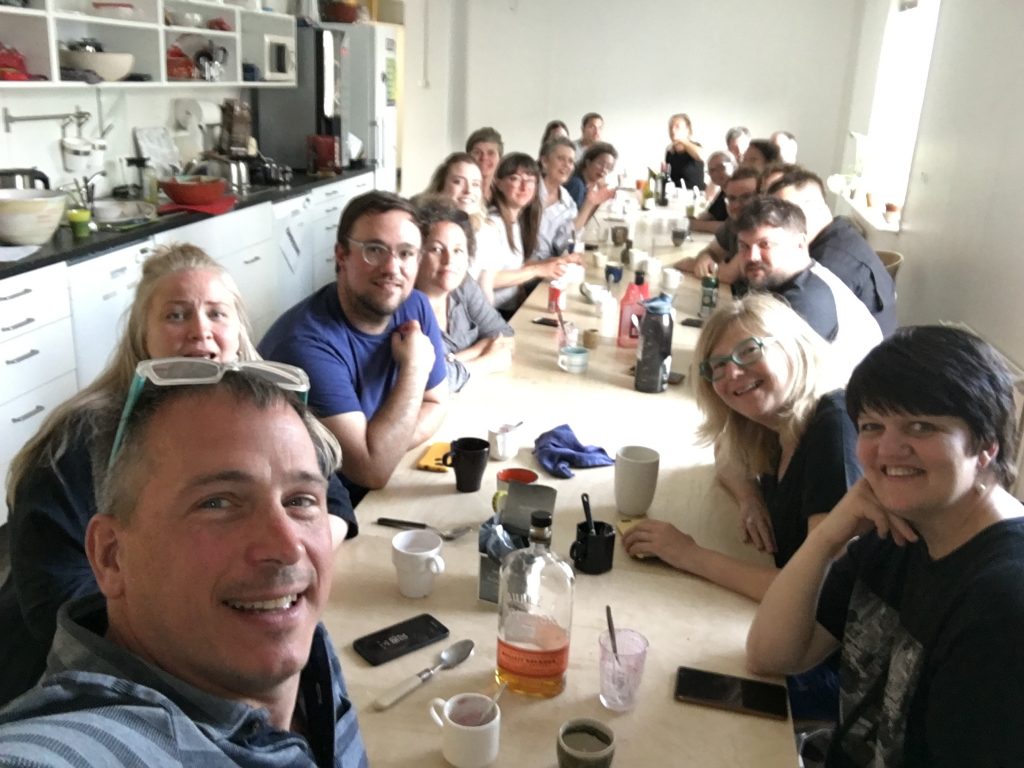 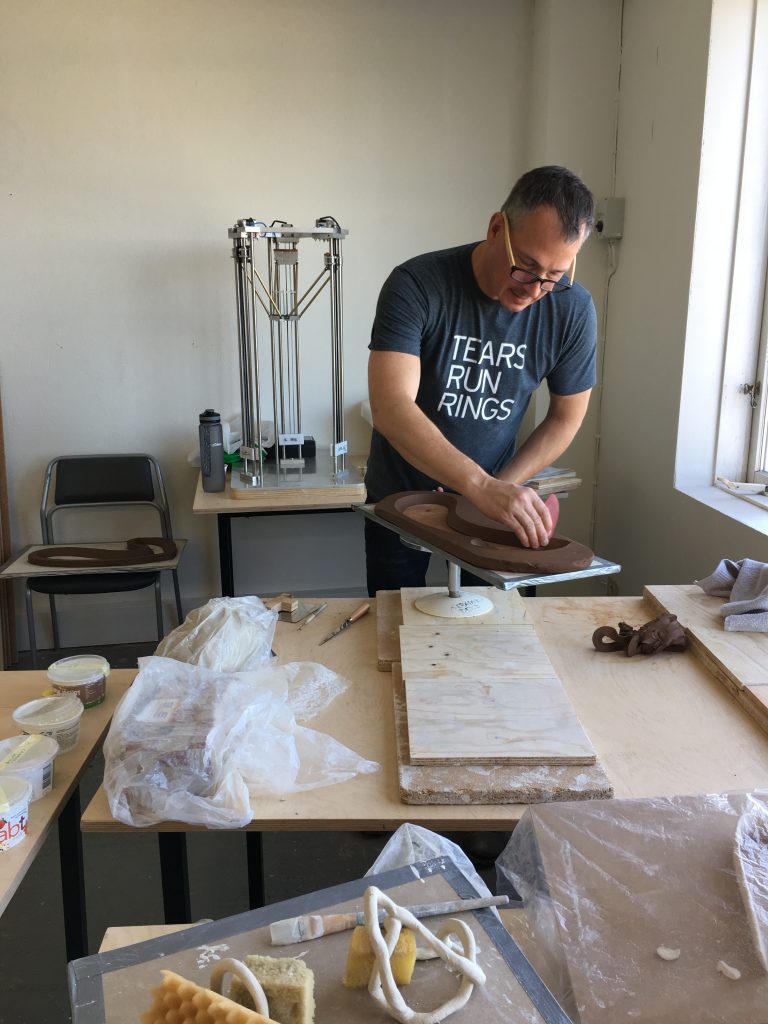 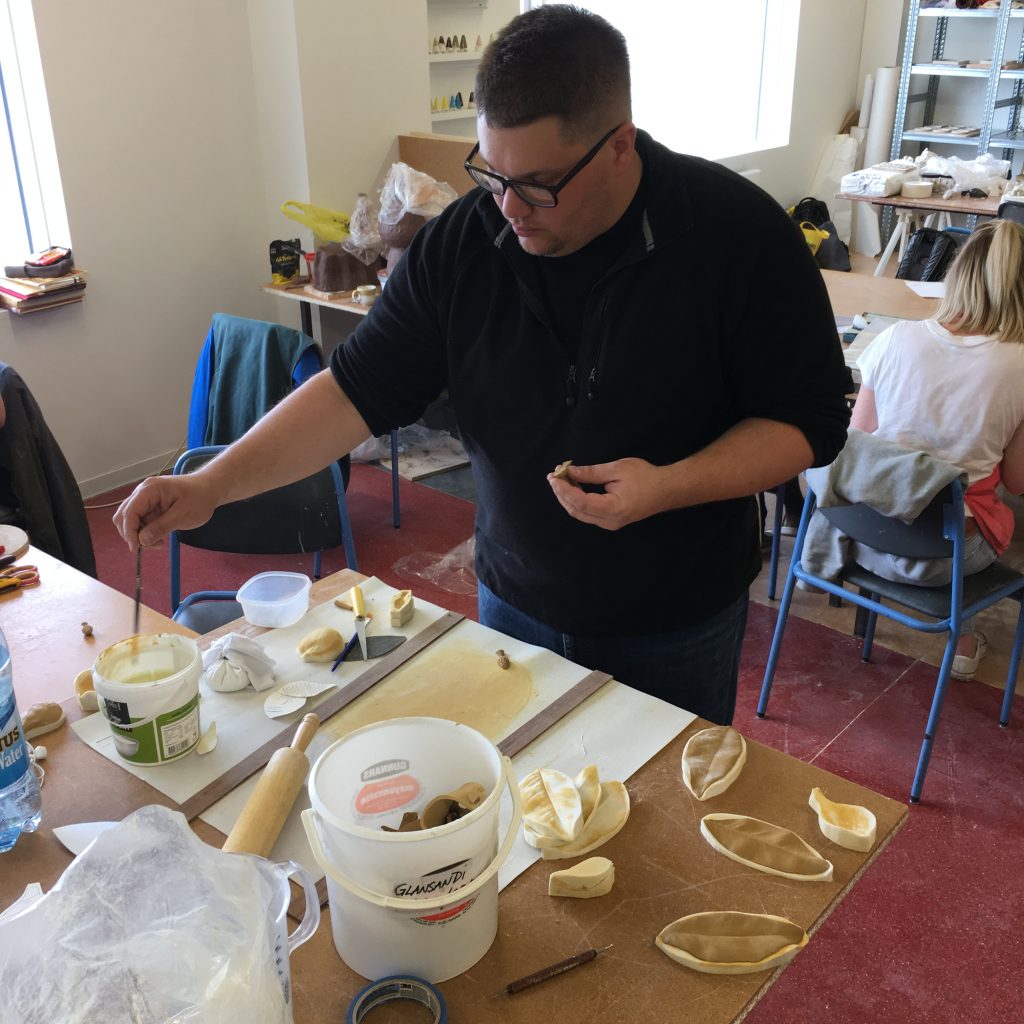 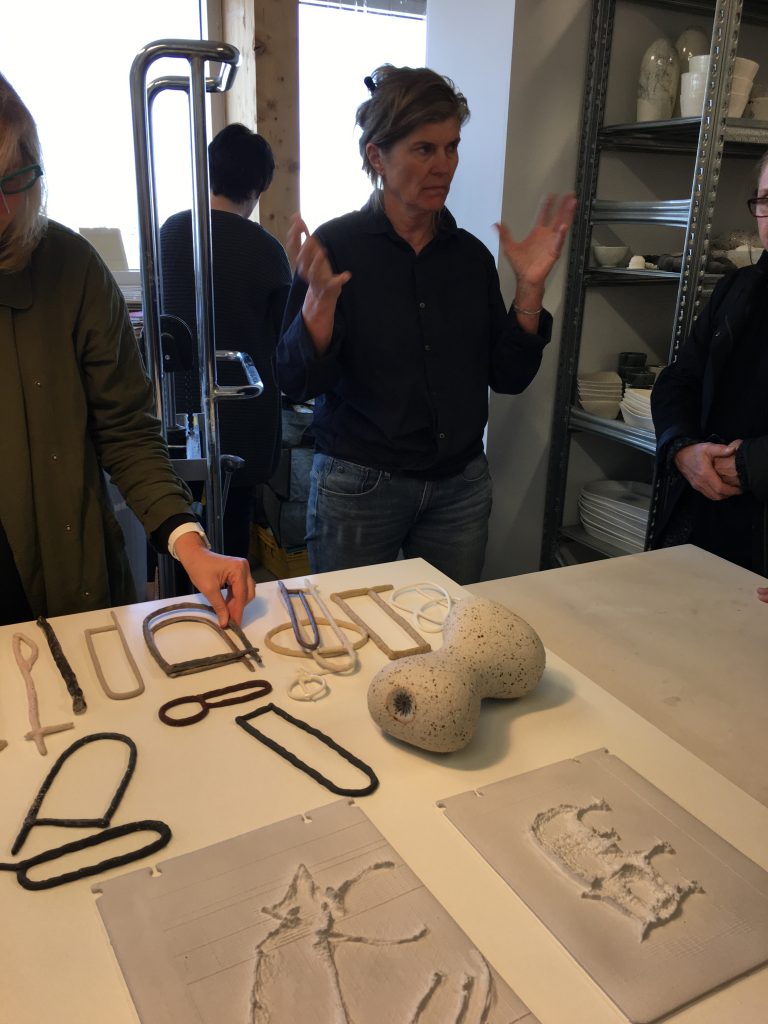 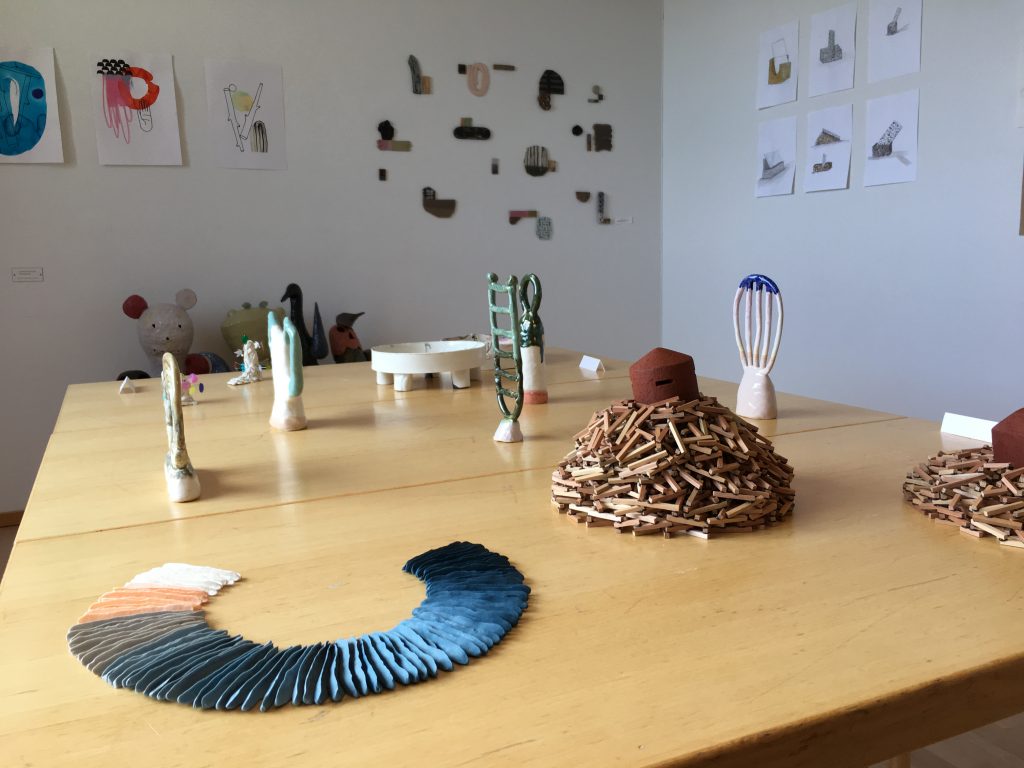 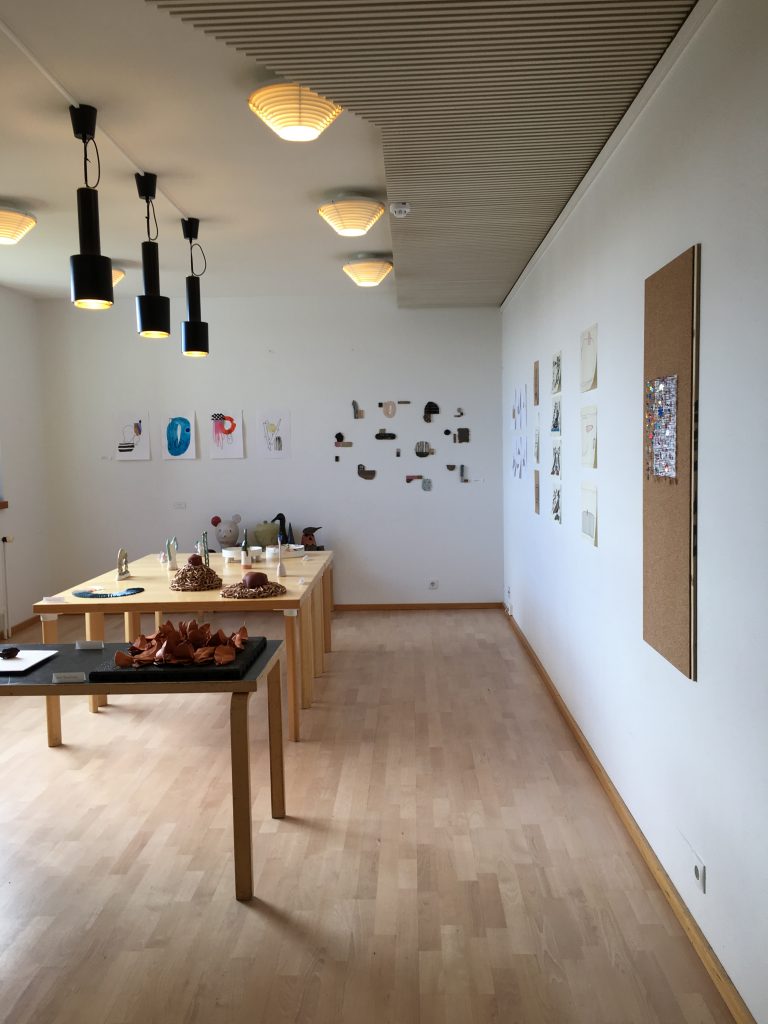 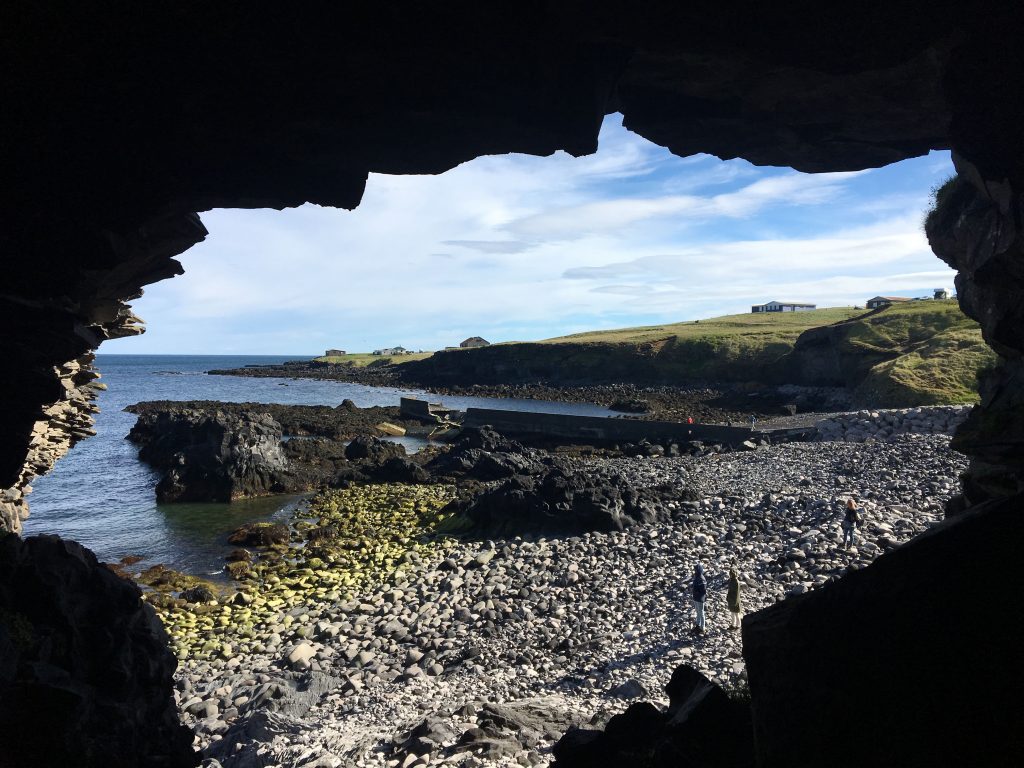 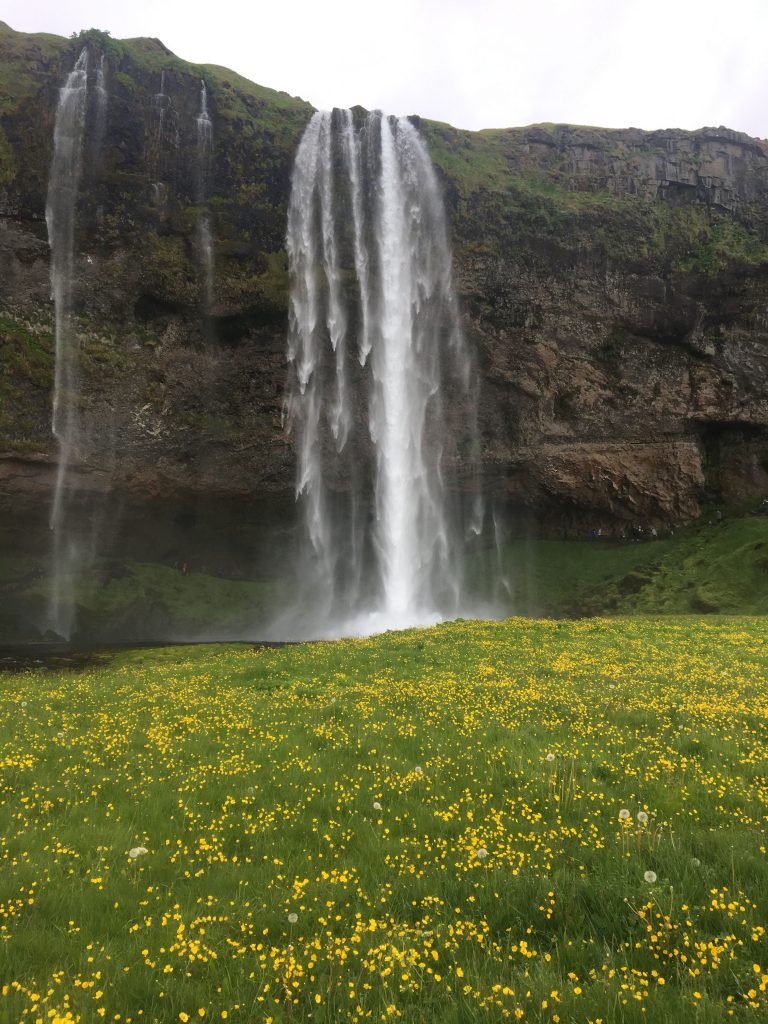 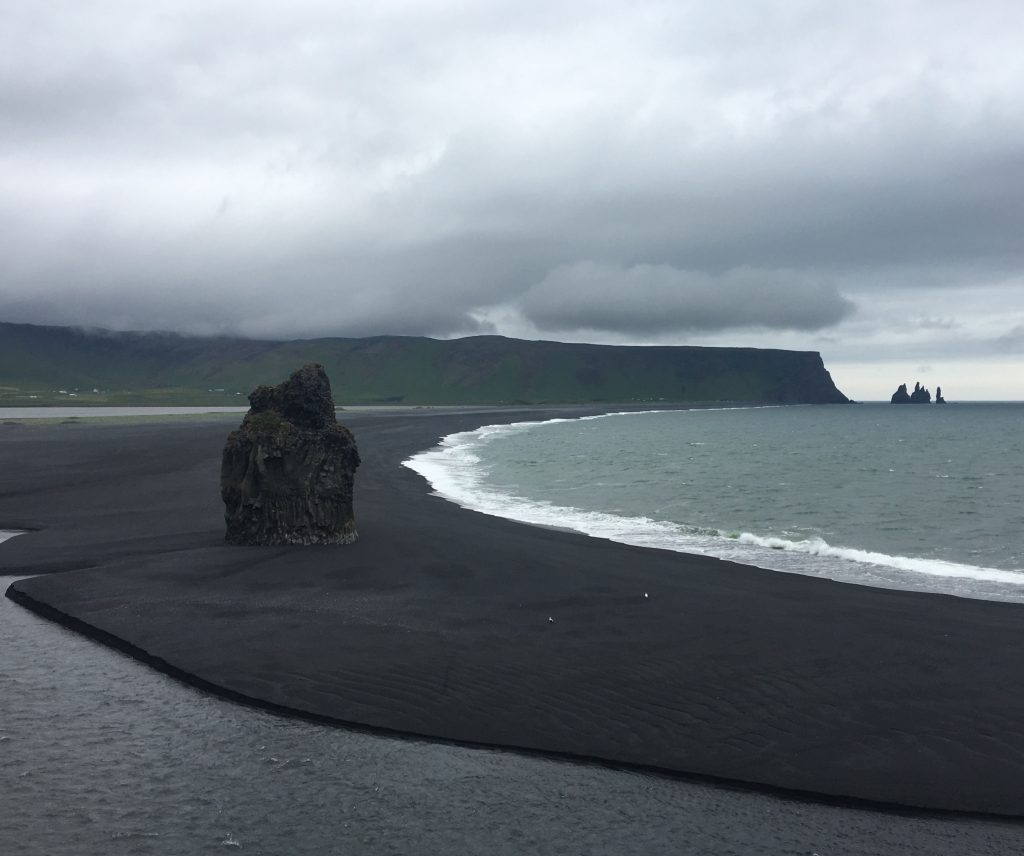 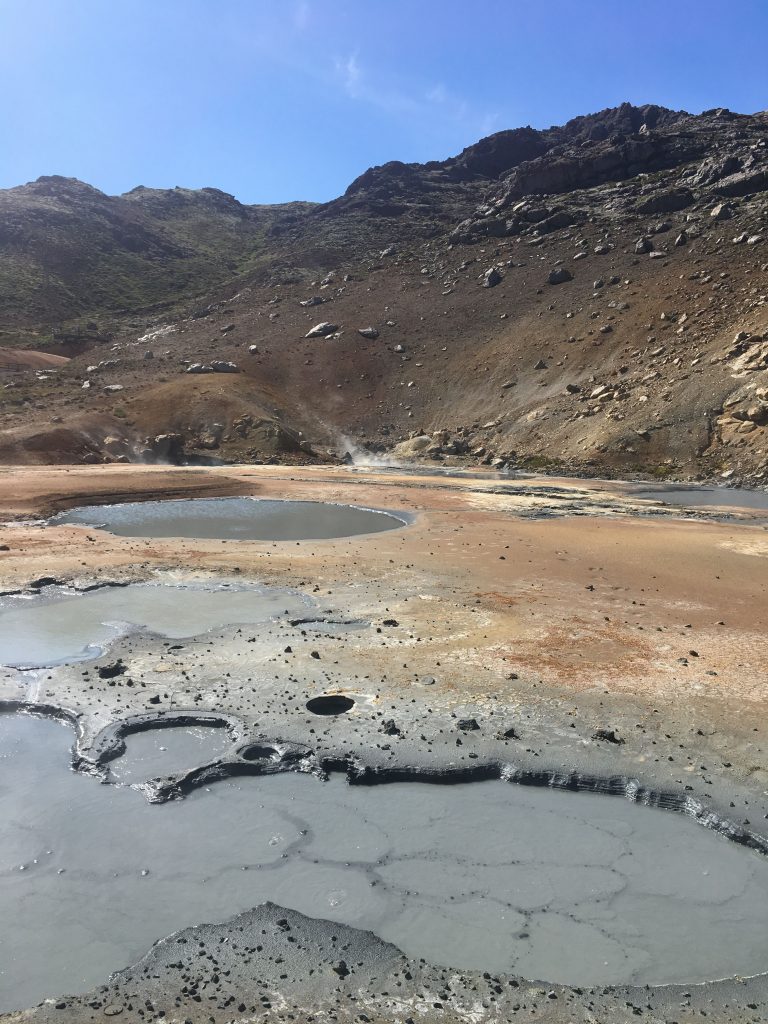 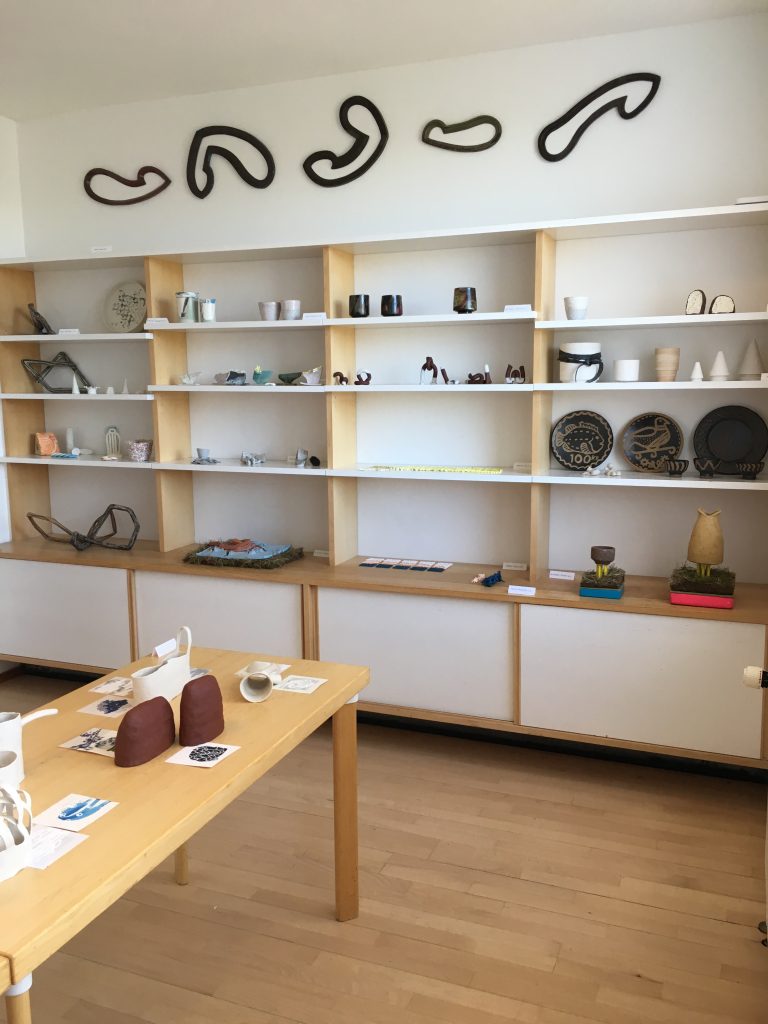 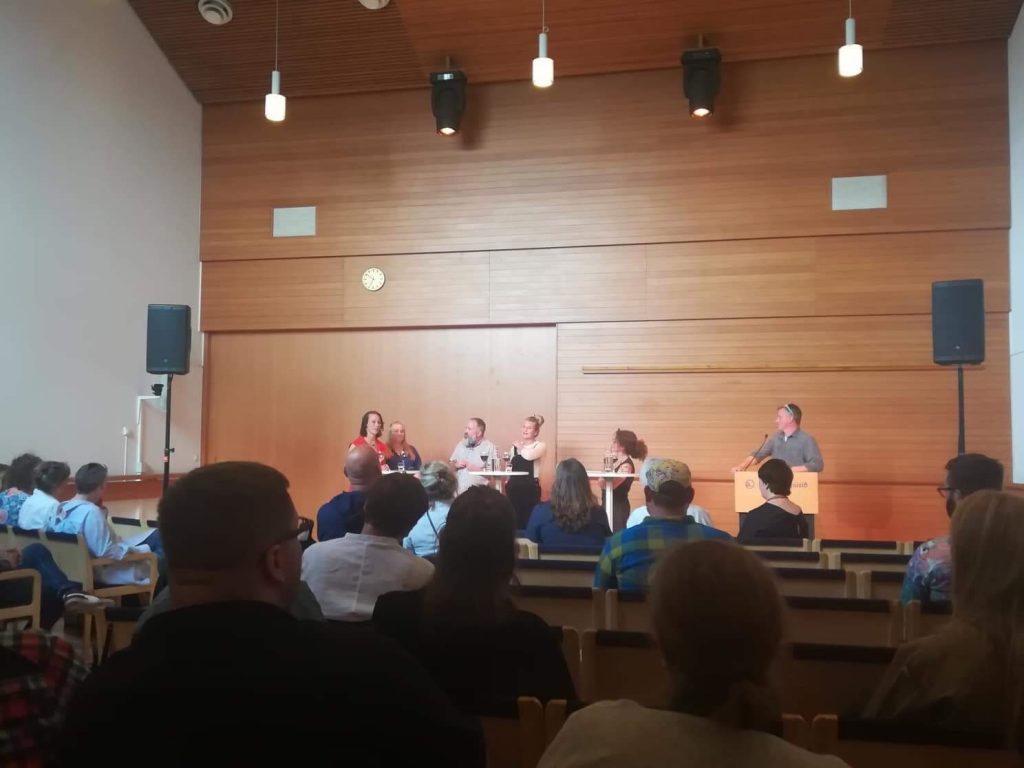 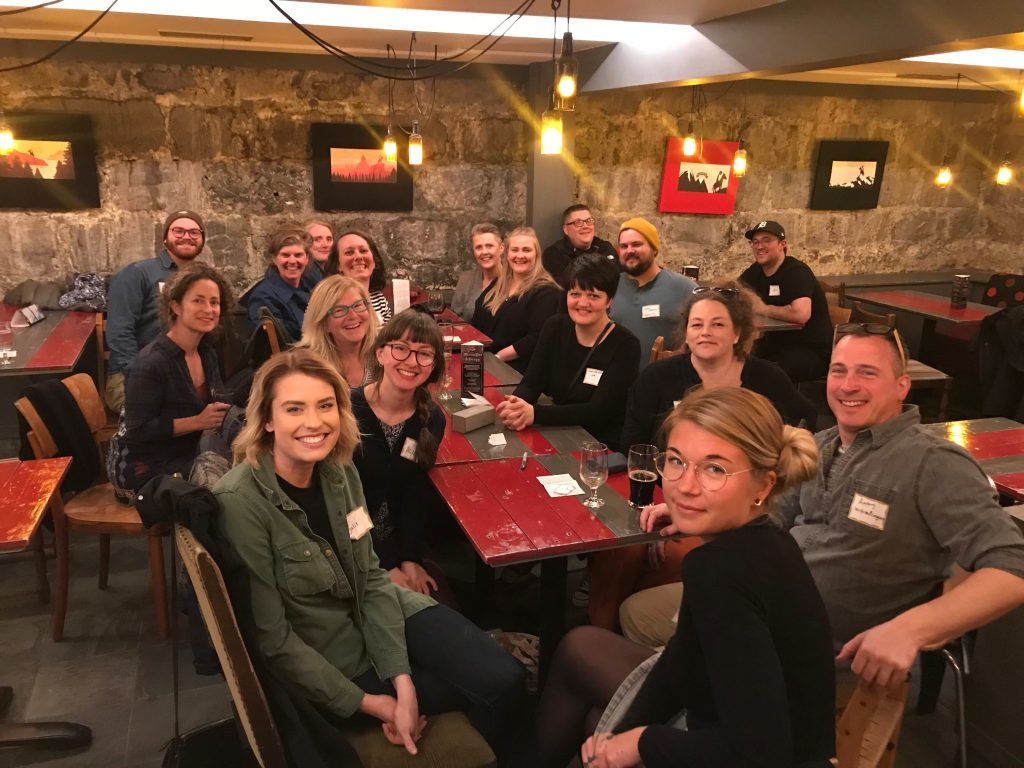 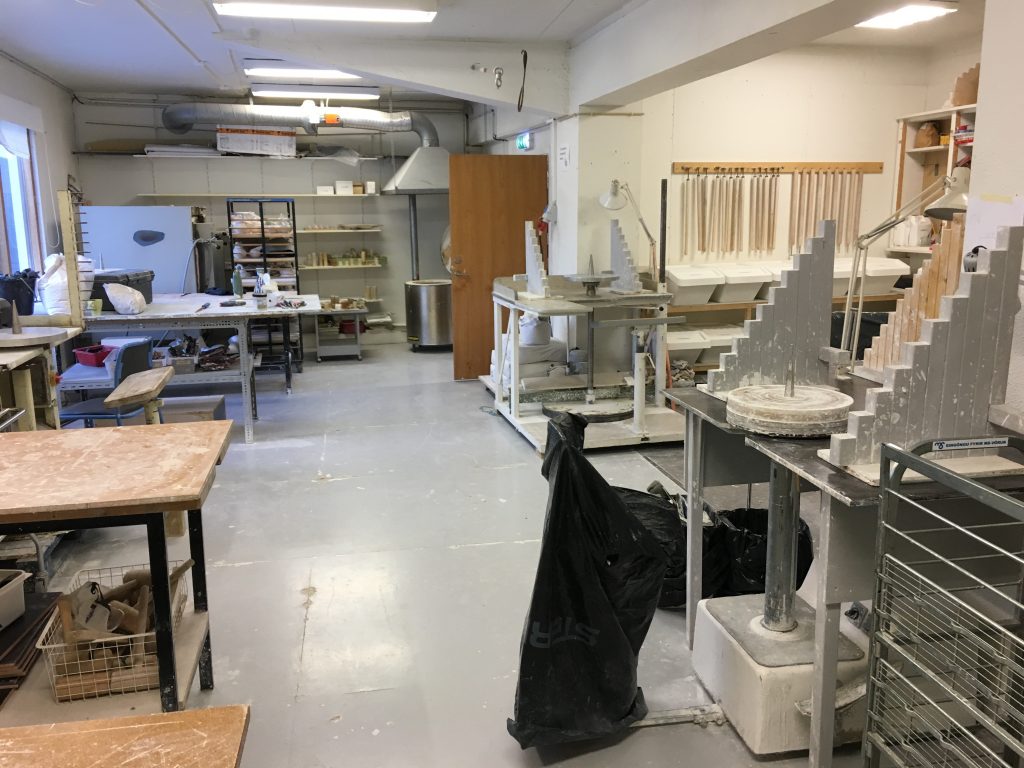 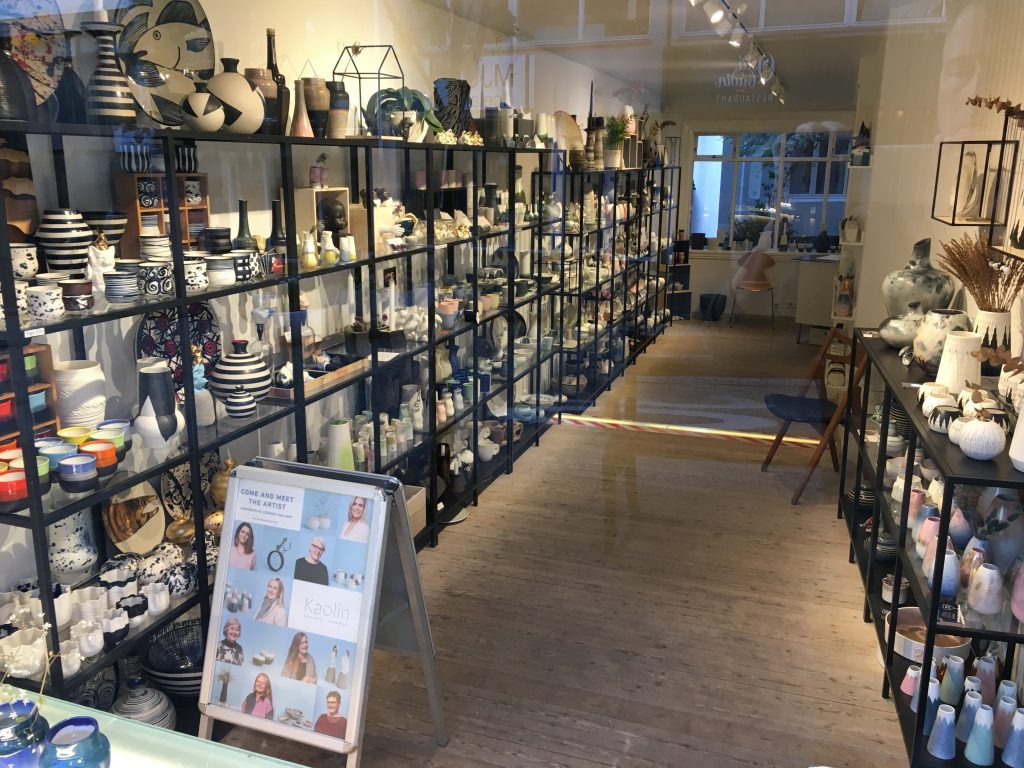 “Thought and practice using the ceramic medium follows distinct patterns on either side of the Atlantic. This exchange brings artists from Europe and North America together to work in a shared studio with the aim of creative exchange and dialogue. Identifying commonalities and divergences of practice provokes an opportunity for reflection and invention.” 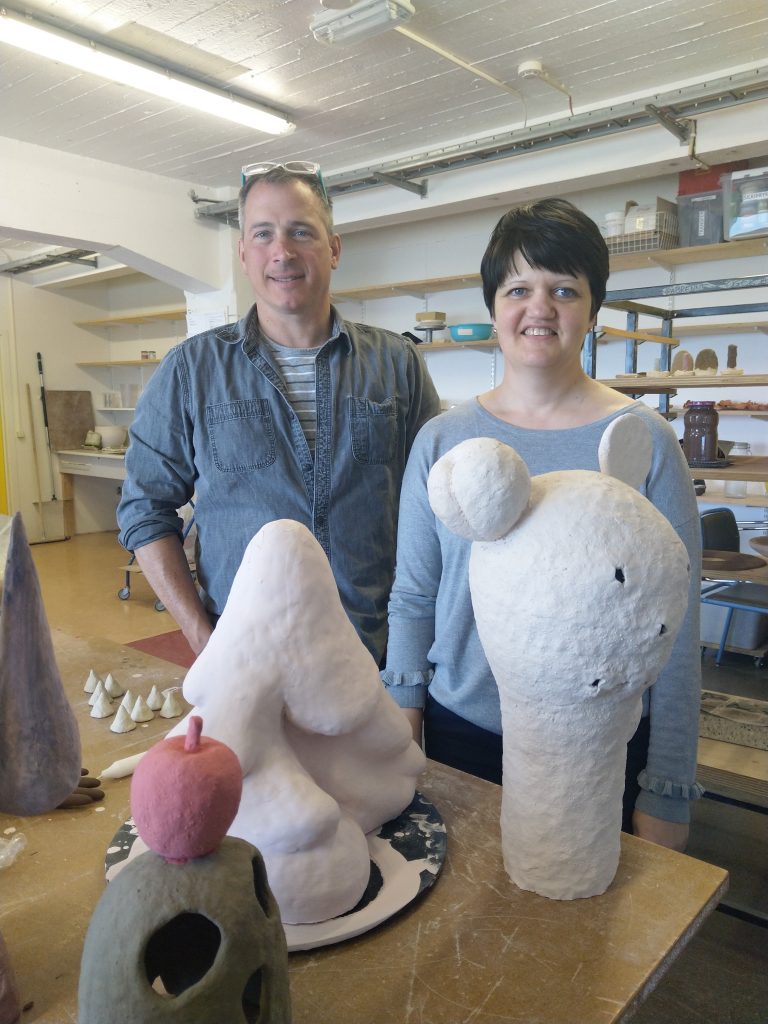 Shaw collaborated with Sigurlína Margrét Osuala, Head of Ceramics at the Reykjavik School of Visual Art, to plan and coordinate the event. Shaw reflected on the project’s origins, “Through my 2016 sabbatical in Reykjavik as well as a 2014 LSU-supported research trip, I have developed strong friendships and professional ties to MIR, its faculty and administration, to the Icelandic Ceramics Association, to members of the Íshús Hafnarfjarðar arts collective, and to Reykjavik ceramics galleries.”

In an effort to learn more about each other and to present diverse creative methods, the Exchange started each morning with artist talks, short lectures from each artist on their work and practice. “From these early presentations, the group dynamic founded itself within trust and vulnerability, keys to developments noted within the second week of the Exchange,” Shaw shared.

“One of the best parts of the workshop was getting to know artists from other countries, experiences and backgrounds,” said Jessi Maddox, MFA candidate. “Listening to each artist give a presentation about their work and experiences was a highlight of the workshop. It was an opportunity to get to know one another in a short period of time, and to also learn about what inspires the work we each make as artists.”

Four group dinners held at MIR plus two field trips further established interpersonal dynamics among participants. One group dinner celebrated an American artist’s birthday while the final dinner featured clay wrapped lamb legs that were cooked in the kilns, a Christmas tradition at MIR. One field trip included stops at two museums, one artist studio, and a coffee and cake discussion with directors and artist members of Íshús Hafnarfjarðar. The other field trip included another artist studio visit, a walk around Seltún mud pots in the Krýsuvík geothermal area, lobster soup and coffee in the late afternoon in the fishing village of Grindavik, and a stop at the rugged coast near the Reykjanes lighthouse.

“It was my first time ever visiting Iceland and I was blown away by the landscape and the otherworldly feel of the scenery,” said Maddox. “The experience of making work alongside other artists in another country was inspiring and creatively very fruitful. It was a chance to engage in conversation with other artists coming from Europe and other parts across North America.” 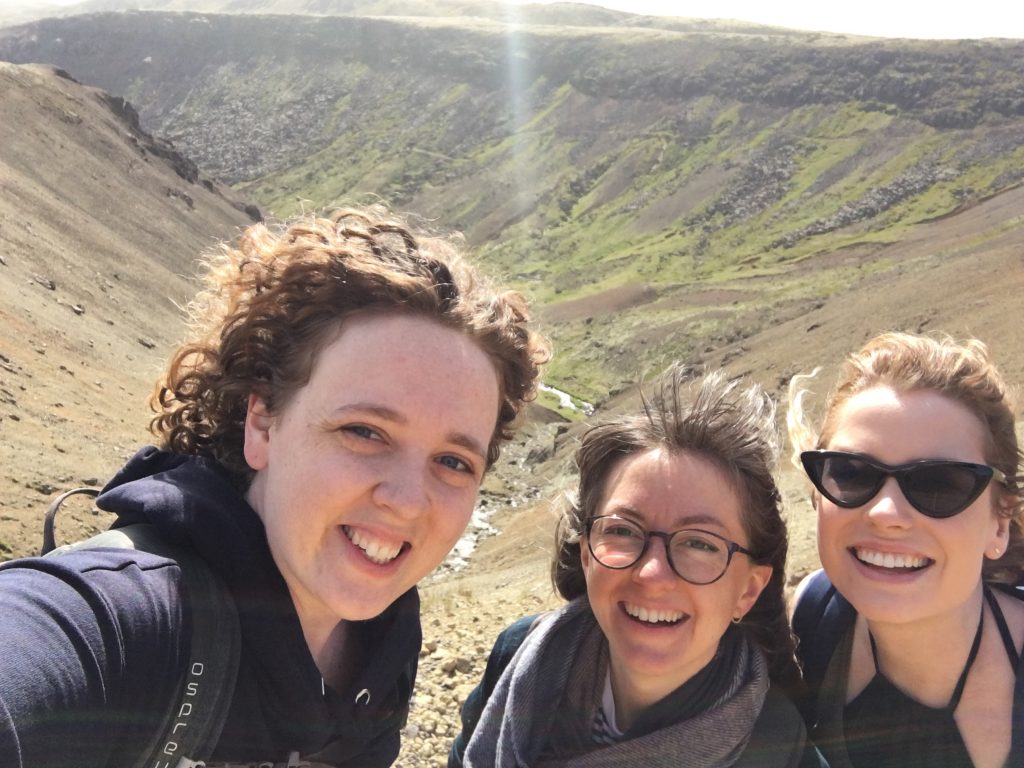 For the weekend that joined the two studio weeks, participants had open time to work in the studio or to explore the countryside outside of Reykjavik. The Snaefellsnes Peninsula to the West as well as  geothermal and glacial areas to the South were highlights for many. “It was truly amazing to see the sights and experience the continuous daylight, thermal pools, waterfalls, glaciers, and lava fields,” Maddox said.

At the end of the second week, participants in the Exchange installed an exhibition of works in two rooms of the Nordic House, designed by Finnish architect, Alvar Aalto. Shaw moderated a 45-minute discussion with panelists representing Iceland, Finland, and the United States. The panel reflected on the origins of the Mid-Atlantic Keramik Exchange, its first iteration, surprises and points of learning within it, and reflections on the value of cultural and artistic exchange.

The word “Exchange” was selected deliberately for this project. Exchange most aptly described anticipated interactions among members. With the site of Iceland being literally the geologic convergence of the North American and European continents, Reykjavik served as the meeting ground, the mediator, the point of connection.

“Over all of my visits to Iceland, one characteristic seems clear, the Icelandic ability to say ‘yes,’ which is to say, to move with positive curiosity. That in essence is creative practice. In a sense what we created was the opportunity for  different ‘cultures’ of ceramics to come together within the attitude of ‘yes,'” Shaw said. “The results were insightful.”