Art has a home in Baton Rouge, thanks to fourth-year LSU School of Art photography student Patrick Dufauchard, who operates under the name of Patrick Melon when undergoing his artistic endeavors.

In July 2013, Patrick, with the help of LSU alumna Ebonie Matthews and Anamar Davila, a former interior design student at LSU, hosted an informal get-together and art exhibition at his apartment in Baton Rouge. Patrick had recently returned from a trip to Chicago where he attended a pop-up art show at a friend’s apartment. He enjoyed the experience and aimed to replicate its joyful spirit in Louisiana. Before he knew it, thanks to word-of-mouth and news of the event spreading rapidly through Instagram, the get-together turned into an all-out block party. More than 150 people came through Patrick’s apartment that night to view the work of local artists and enjoy the live band playing in the backyard.

The evening’s proceedings left everyone eager for more. One impressed attendee turned out to be the owner of the Bible Bookstore, the large, empty retail space located on Government Street in Mid City Baton Rouge. Enamored with Patrick’s efforts and success, the owner offered Patrick the use of the store for the next exhibition.

Coining the pop-up art show “artHASAHOME,” Patrick, Matthews, and Davila orchestrated the next event solely through social media. Submissions were open to anyone—they only asked for a $5 contribution per submission. On January 18, 2014, more than 30 artists displayed their work, inviting their friends and family, neighbors and coworkers to attend. “One girl drove from Texas to submit her art,” Patrick recollected. The gallery space was littered with hundreds of balloons; hula-hoops hung from the ceilings; live-painting demonstrations took place. By the end of the night, nearly 400 people attended the public art exhibition at the Bible Bookstore.

Patrick said he was trying to show his friends and community that Baton Rouge can offer more diversity in entertainment and events—alternatives to the bars and nightclubs. “I wanted to make the kinds of things happen in Baton Rouge that I would like to go to,” said Patrick. “I had no idea it would be so successful.” (View a video from the January show here.) 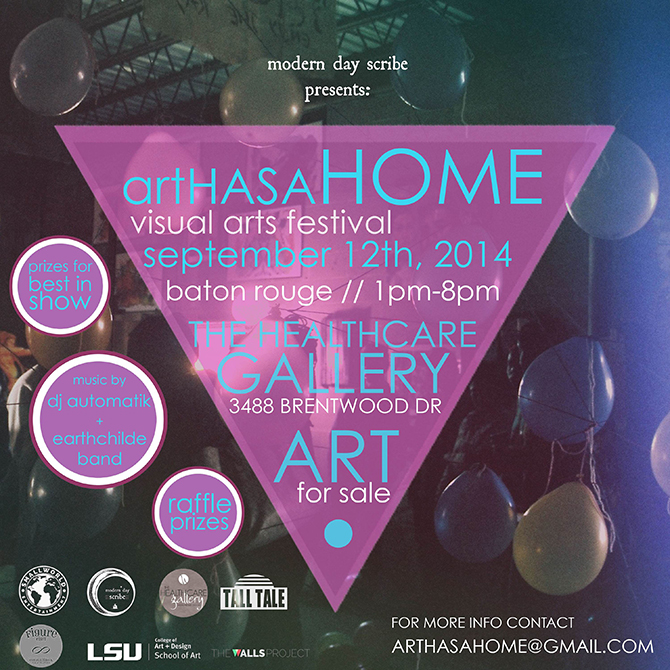 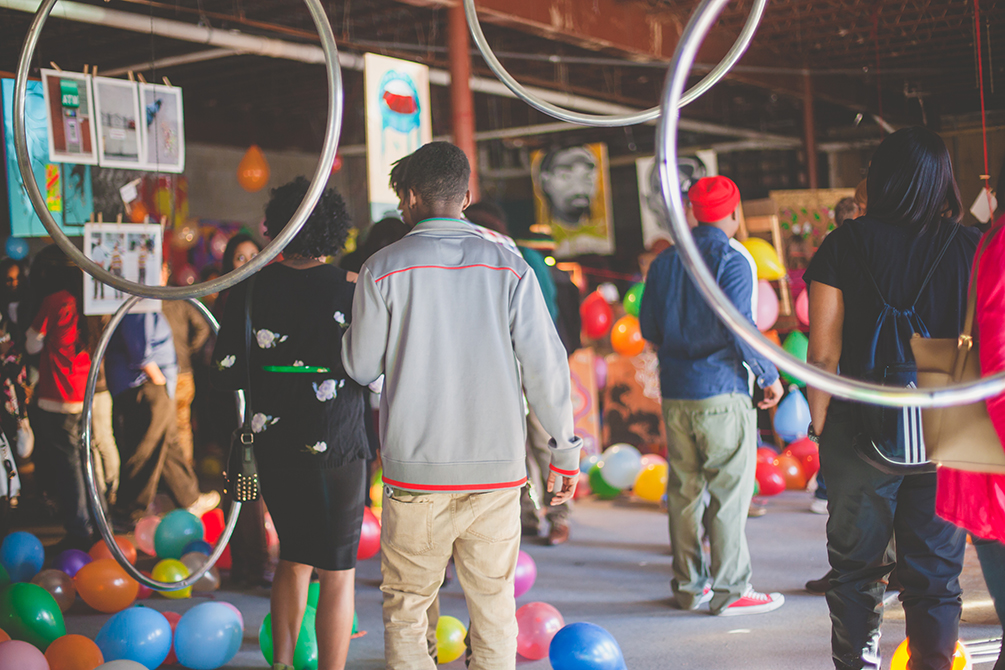 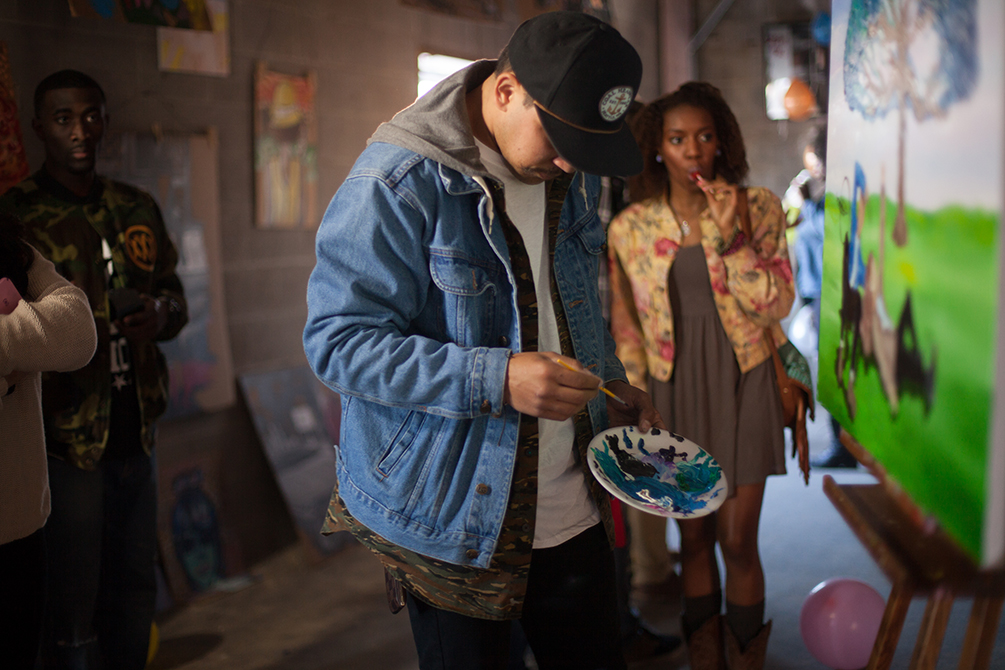 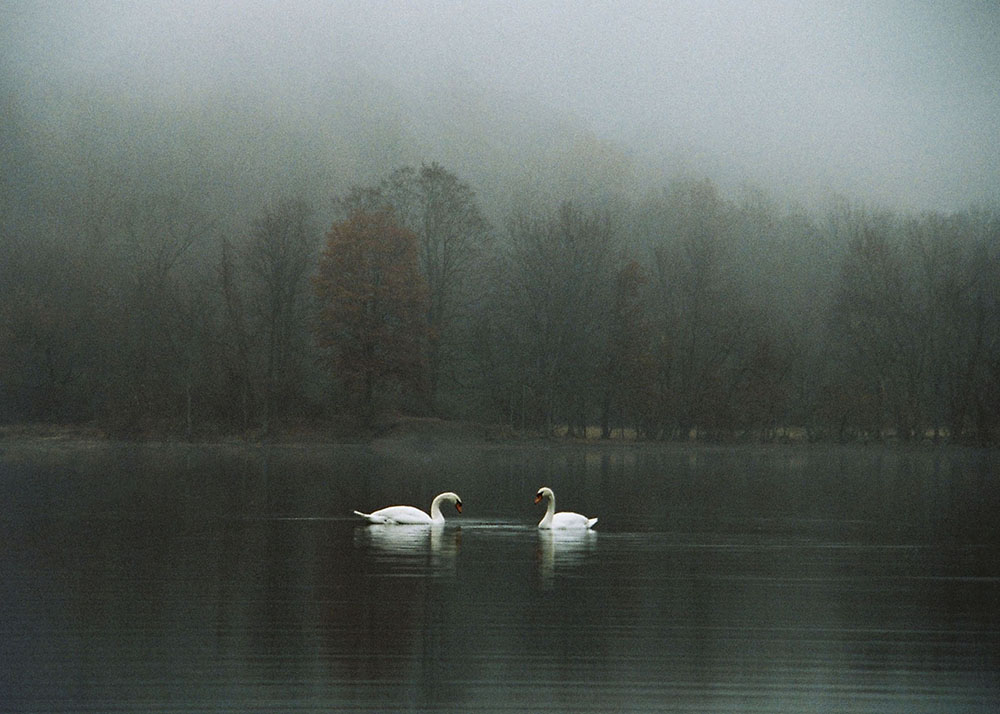 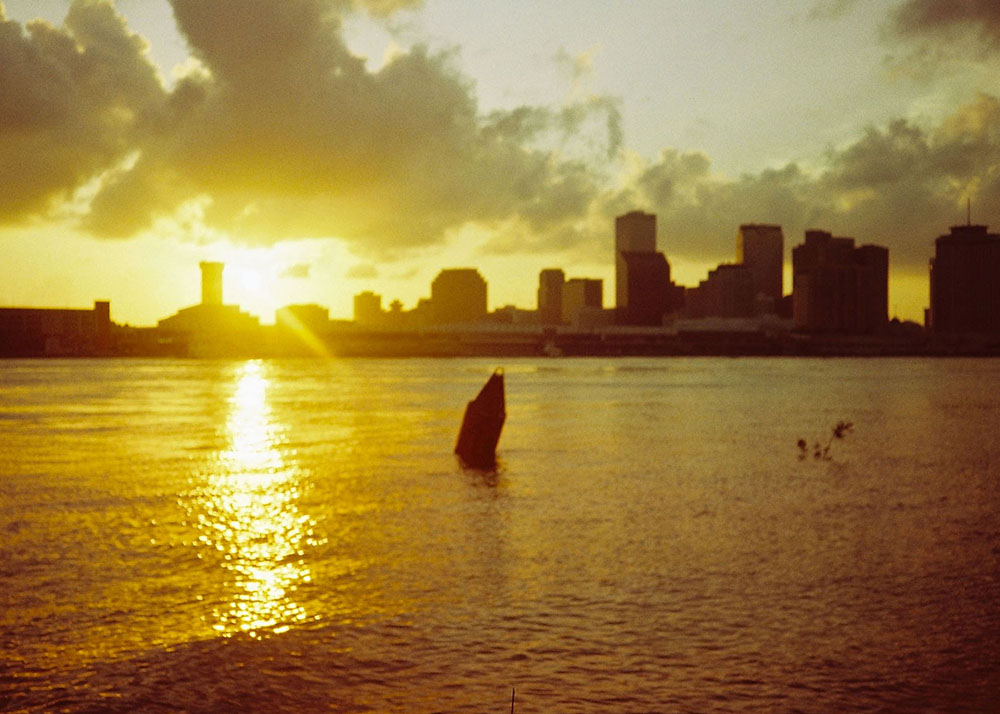 Patrick isn’t the only student in Baton Rouge working to broaden the community’s exposure to art. His friend, Luke St. John McKnight, an undergraduate at Southern University, started a smaller, monthly showcase called Build the Fire, “dedicated to encouraging the creator in all of us by building the fire through passion and artistic expression.” Both Patrick and McKnight operate under the banner of Modern Day Scribe, a collective dedicated to creating more substantial experiences in Baton Rouge and surrounding areas through storytelling and events that draw out the good tidings of our times.

Another goal of artHASAHOME is to engage the African American and Latino communities while also offering anyone and everyone the opportunity to “get a taste of how it feels to have their work exhibited.” Patrick is studying photography at the LSU School of Art and minoring in African & African American Studies. His concern was sparked by an article he read citing the low numbers of minorities visiting art museums. He felt challenged to improve those statistics.

Part of the entire concept of artHASAHOME, Patrick said, is to expose people to art in an environment or location where they wouldn’t expect to see it—bringing art to the community instead of asking the community to come to the art. Part of the event’s success is because people are drawn to the casual atmosphere. “They brought their families, and their children played with the balloons on the floor. They enjoyed the art and just had a good time,” noted Patrick. He promoted the event heavily on Instagram and Facebook but waited to reveal the location until a couple of weeks before the day of the show. “It added to the allure and made it feel like an underground event. It also kept the social media frenzy going,” he said.

At the January show, Patrick was interviewed by Nola.com, “which really opened my eyes to the outside interest in what I was doing,” Patrick recalled. “At first, I wanted to keep the show quiet to help maintain its spontaneity. But now I see the potential of what this could become. I think it could be so much bigger, and it would be great outreach for the university in showing that these ideas are brewing right here amongst the students. Additionally, events like this will encourage more students to explore the community beyond LSU’s campus.”

Patrick would like to turn the show into a steady, once-a-year event. He wants to keep the idea of the roving exhibition, hosting the event at a new location each year. To accomplish this, he needs more funding. “I hope to break even when it’s said and done,” said Patrick, “but I always end up out of pocket in the end.” While Patrick doesn’t mind making this personal contribution—not only of his personal funds but of his time—he realizes it isn’t a sustainable plan. He needs more volunteers who are willing to put in time and effort to support the event. As a start, the LSU School of Art has generously offered to help support the next event through the Janice R. Sachse School of Art Support Fund.

Patrick is looking for more sponsors and will help publicize those sponsorships on artHASAHOME event flyers and posters. He is also open to sponsors willing to donate event space, raffle prizes, food and beverages, prize money, and more. He wants to offer attendees the opportunity to cast votes for their favorite works in a variety of categories and to include the winning submissions in a separate, more focused art show.

On Friday, September 12, from 1 to 8 p.m., the next artHASAHOME will be held at . . . well, keeping in spirit with the nature of the pop-up art show, the location is “to be determined.” Those interested in attending this alternative gallery experience should use the hashtag #artHASAHOME and keep in touch with the event’s progress on Instagram and Facebook.

Patrick pointed out that this “is not a curated show.” Any and all who are interested in participating, volunteering, or exhibiting their work should e-mail Patrick at arthasahome@gmail.com. A $5 fee per submission will be charged, and exhibitors must be available to show up and display their own artwork the week of the event. Submitted artwork will be for sale during the show.

Visit Patrick’s blog at patrickmelon.tumblr.com (which also features Patrick’s recent photography) or check back at art.lsu.edu for this year’s location, to be revealed in early September.