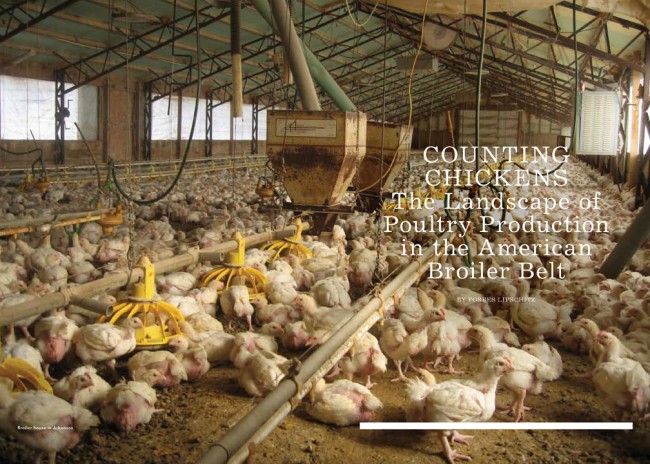 “Counting Chickens: The Landscape of Poultry Production in the American Broiler Belt,” by Forbes Lipshitz, was published in the first issue of Manifest: A Journal of American Architecture and Urbanism.

Lipschitz recently joined the faculty of the LSU Robert Reich School of Landscape Architecture as an assistant professor (https://design.lsu.edu/landscape/?p=1192). Her essay examines the ecological and infrastructural dimensions of the American poultry industry, located in the 15-state region known as the Broiler Belt.

Manifest, Issue No. 1: “Looking Inward,” is available for purchase at manifestproject.tumblr.com.

About Manifest
Manifest: A Journal of American Architecture and Urbanism is an independent annual print publication edited by Anthony Acciavatti, Justin Fowler, and Dan Handel. Founded as a means to initiate a critical conversation about the state of American architecture, its cities, and its hinterland, Manifest tackles head-on what others have abandoned. While Manifest intends to question the assumptions behind singular notions/constructions of America by tracing its origins and its global influence, the journal also strives to define the uniqueness of American forms of city-building and the distinct set of political parameters through which these forms are shaped. Visit manifestproject.tumblr.com for more information. 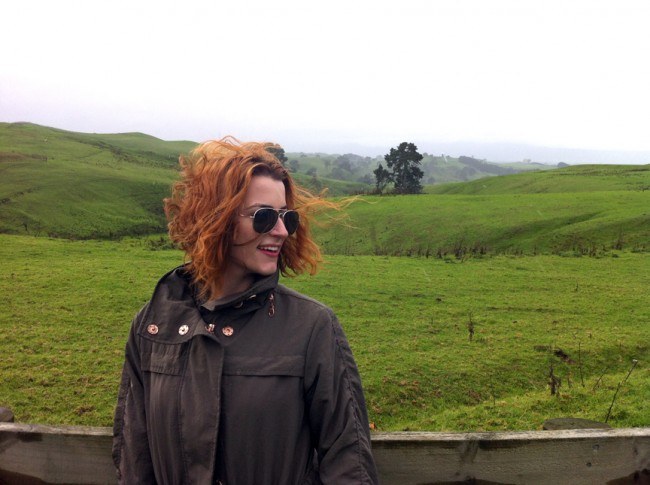 About Forbes Lipschitz
Forbes Lipschitz’s professional experience in landscape architecture includes a wide range of public, private, and infrastructural projects. As a designer and project manager at dlandstudio, her projects included a pop-up storm-water management pilot for the Harlem River; historic restoration projects in Queens and Manhattan; and the winning entry for YUL-MTL: Moving Landscapes, International Ideas competition. She received a master in landscape architecture from the Harvard Graduate School of Design, where she was awarded a distinction and ASLA Certificate of Merit award for her thesis, “The New Regional Pattern: Syncing Livestock Production and Urban Systems in the Broiler Belt.” Her research explores the role of geospatial analysis and representation in rethinking landscape systems, with a particular interest in North American agricultural territories. Originally from Little Rock, Arkansas, she graduated cum laude with a BA in environmental aesthetics from Pomona College in Claremont, California. Fluent in Spanish, Lipschitz was a visiting student at the Universidad de Salamanca, and she later returned to Spain to intern with a design firm in Barcelona.