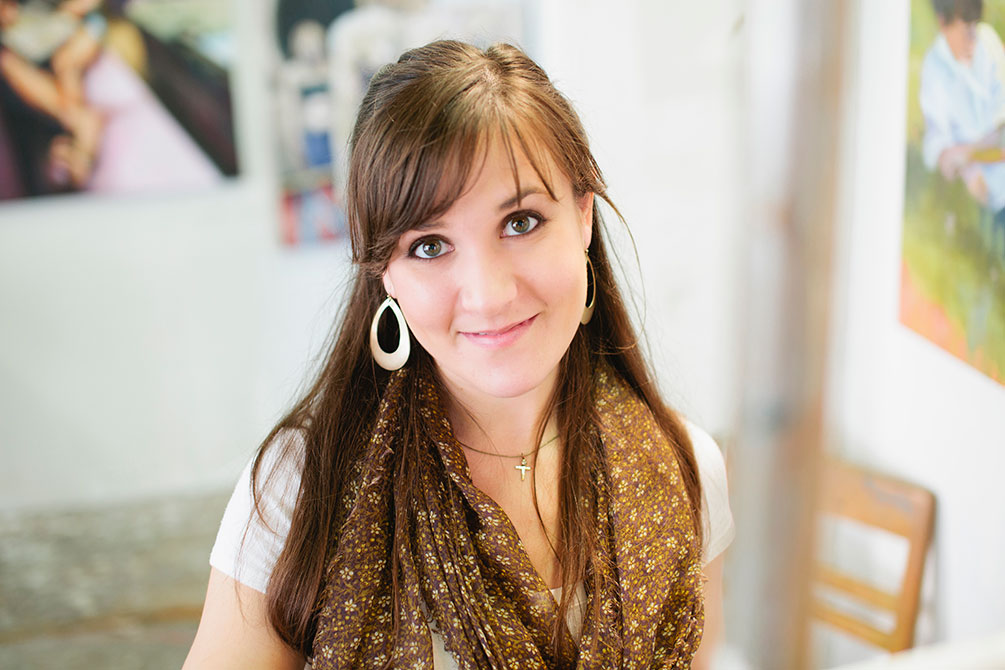 Covington native Bristie Joelle Smith surprised many of her close friends when she decided to pursue a career in art.

In high school, Smith studied her way to becoming her class’s valedictorian. Through AP courses, extracurricular activities, and a great GPA, Smith earned herself numerous scholarships, including the prized National Merit Scholarship. “I worked so hard in high school because I wanted scholarships,” Smith said. “When I got to college, I was ready to do something more hands on that utilized my creativity, and that is when I decided to study art.”

Even though art and design was not in the forefront of her mind in high school, at home, she was always surrounded by it. “I grew up with art. My dad is a painter, and my brother is an alumnus from LSU’s School of Architecture,” Smith added.

When she got to LSU, Smith felt like the School of Art was the perfect fit for her. She was able to foster her creativity and work ethic into her paintings. As one of the recipients of the 2013 LSU Glassell Scholarship Award, her art work has gained the attention of both the LSU and Baton Rouge communities.

Smith describes her time at the college as one of major personal and artistic growth. “The closeness of the studio atmosphere resembles high school, except a lot harder,” Smith joked. “The friends and faculty that I have met here have enriched my experience more than if I would have experienced this on my own.”

Over the course of her time at LSU, Smith said she has been challenged to better prepare her for the future. “The College of Art + Design has made me more independent and has given me the tools to make something out of myself,” said Smith. “I have been given the skills that employers look for such as versatility, problem solving, and creativity.”

Smith understands how important it is for the students coming after her to be enriched in the same ways. “Incoming students need support for better resources and better facilities. Funding is important for the arts, and it allows for visiting artists that bring diversity to the school,” she said.

As graduation approaches, what will Smith miss most when it is all said and done? “Working the late hours with classmates in studio. The fun times that were had at one and two in the morning,” Smith continued. “The feeling of home, and people that I have met through the school—they have become my family.”

As for the future, Smith was quick to state, “painting is the ultimate goal.” She continued, “I want to appeal to galleries and put work out there.” Eventually, Smith would like to own her own business, but for now, getting her work out there is her main goal.

As Smith put it, “Going into art and staying in art, with hopes of making it into a profession, is hard and something bold to say these days.” But for Smith it is simple—“Painting has been the one constant in my life that is both a challenge and a joy for me, and that’s all I know for now.”