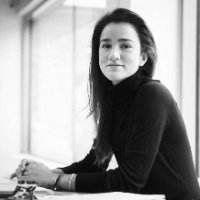 The March 21 lecture by Julia King, Architectural Designer & Urban Researcher, London School of Economics and Political Science, will be postponed.

Julia King is a Research Fellow at LSE Cities and the coordinator for numerous research strands including ‘Streets for All’ a research project commissioned by the Greater London Authority and on-going work on urban governance in India. She currently teaches on the Cities Masters Programme at LSE, and runs a design studio at Central Saint Martins. Trained as an architect her research, design practice and teaching focus on sanitation and housing in the context of rapid urbanisation, inequitable infrastructure developments and urban micro-culture in the UK and India.

Her work has been exhibited internationally including the 2016 Venice Architectural Biennial, the Southbank Centre and Somerset House. She was awarded a Royal Commission for 1851 grant (2017-2019) to develop design solutions cross cutting the sanitation chain from toilet to co-designed community infrastructure. She is currently working on numerous low cost housing and sanitation strategies in Delhi.

She has won numerous awards for her work and practice, including Emerging Woman Architect of the Year (2014), NLA Award (2016) and shortlisted for a Deutsche Bank Urban Age Award (2014) and Civic Trust Regional Award (2016). She has authored chapters in ‘Home Economics’ (2016) and ‘Infrastructure Space’ (2017) and co-authored a chapter in ‘The SAGE Handbook of the 21st Century City’ (2017).