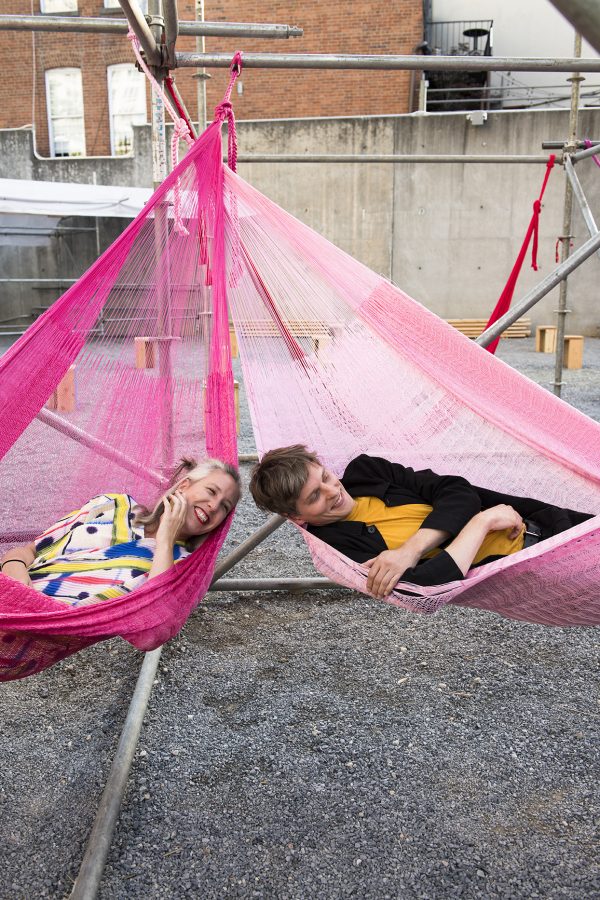 Ana Paula Ruiz Galindo and Mecky Reuss, Pedro&Juana, will give a virtual lecture in the Paula G. Manship Endowed Lecture Series on Wednesday, February 10, 2021 at 5 p.m. via Zoom.

Ana Paula Ruiz Galindo and Mecky Reuss, of Mexico City–based Pedro&Juana, met in 2005 while attending SCI-Arc (the Southern California Institute of Architecture). The pair then spent about four years at Jorge Pardo Sculpture (JPS) in L.A. They launched Pedro&Juana in 2012, after moving to Mexico City from Mérida, Mexico, where Pardo had been building a hacienda. In the years since, the firm has developed a series of architecture- and furniture-driven designs, including installations for the 2015 Chicago Architecture Biennial (CAB), 2016 Design Miami showcase, and a multiuse engagement space at the Museum of Contemporary Art in Chicago. “In all of their projects, they furnish public areas with furniture of their own design, imbuing utilitarian spaces with a joyful energy and effervescent wit.” – The Architect’s Newspaper