“Critics and Kitsch: Looking Under the Lowbrow,” Carrie Ann Baade 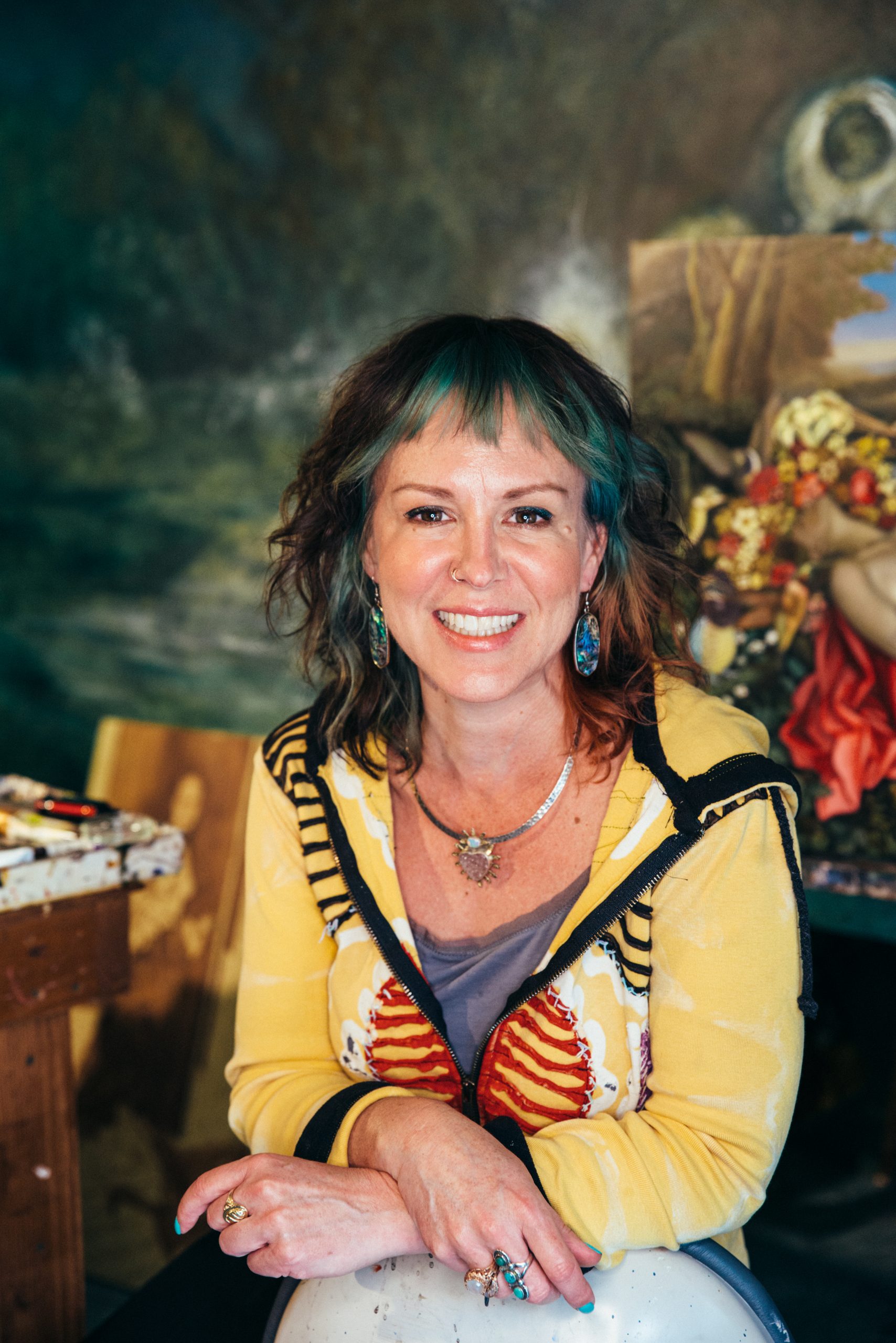 Artist Carrie Ann Baade will give a School of Art Lecture “Critics and Kitsch: Looking under the Lowbrow” on Wednesday, January 25, 2023 at 5:00 p.m. in 103 Julian T. White Hall Auditorium (formerly Design Building.)

Carrie Ann Baade (born 1974 in Louisiana) is a contemporary painter whose work quotes from, interacts with, and deeply relates to art history. She paints in dialogue with relevant masterpieces, in order to reclaim them in a surreal narrative that is simultaneously biographical. Baade received her MFA from University of Delaware and her BFA from the School of the Art Institute of Chicago, and she studied at the Florence Academy of Art in Italy. Her work is exhibited in museums and galleries nationally and internationally, including: the John and Mable Ringling Museum of Art, Mesa Contemporary Museum of Art, the Pensacola Art Museum, the Museum of Contemporary Art in Jacksonville, the Delaware Contemporary, Billy Shire Fine Arts and La Luz de Jesus in Los Angeles, the Harwood Museum in Taos, the Warsaw Cultural Center, the Instituto de America de Santa Fe in Granada, Spain; and the Ningbo Art Museum in China. Her awards include a State of Florida Individual Artist Fellowship Award and Delaware Division of the Arts Award for Established Artist in Painting. Raised on the front range in Colorado, she lives and works in Northern Florida, where she is a Professor of Painting and Drawing at Florida State University.

Critics and Kitsch: Looking under the Lowbrow

What are the origins of Lowbrow culture? How does this connect to Pop Surrealism? Carrie Ann Baade has a unique perspective on these movements as an artist, curator, and professor of painting who was swept up in this genre.

As the pendulum of changing tastes has swung back and forth over the last century, what were the major influences that changed how art was seen? This talk follows the events that separated art from non-art, art from kitsch, and representation from abstraction, and the effects of the democratization of art as it was viewed on the internet since the year 2000.

This lecture was first prepared for Orale exhibit, a survey of Low Brow and Pop Surreal Art from the collections of Greg Escalante and Billy Shire at the Harwood Museum of Art in Taos, New Mexico in 2014.