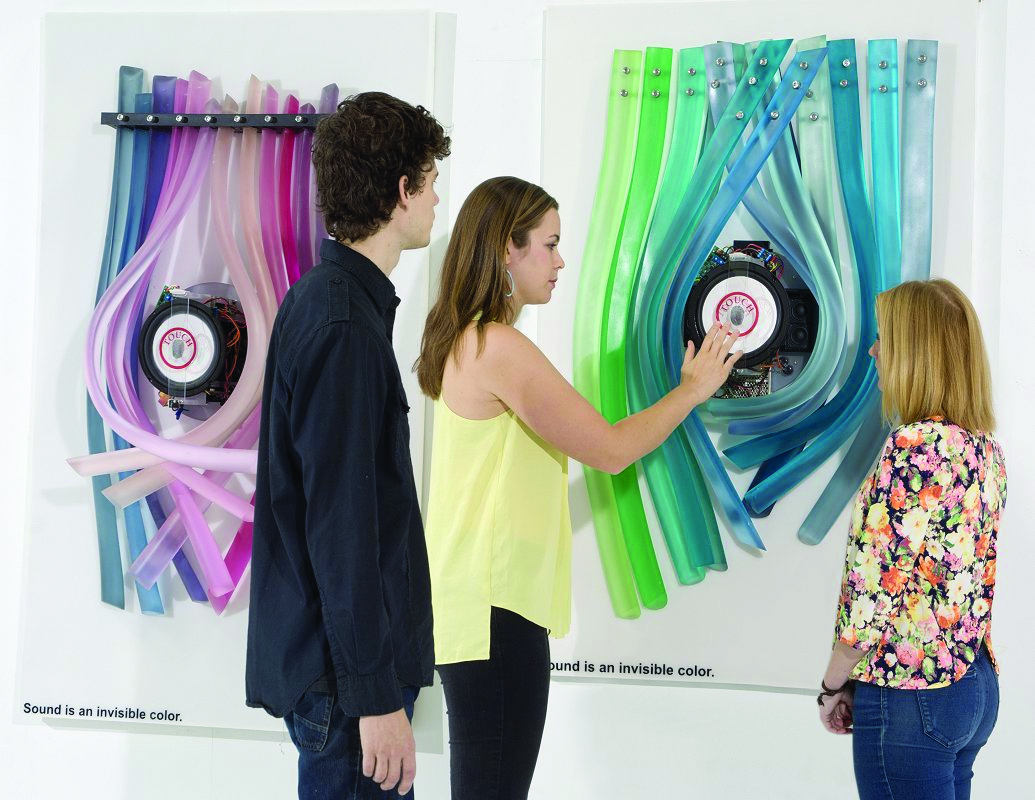 Chris Janney, composer/artist/architect, will present a School of Art Lecture, in partnership with the Louisiana Art & Science Museum, at the LSU College of Art & Design at 5 p.m. on Wednesday, January 29, 2019, in the LSU Design Building Auditorium (room 103).

Christopher Janney is a pioneer in the field of sound art, merging architecture, sound, light and interactive technology. Janney’s work turns spectators into participants. He transforms parking garages into music boxes, airport walkways into rainbow passages, public plazas into spaces for creative interaction, and dancers’ heartbeats into their own musical accompaniment. Janney has been transforming architectural spaces into interactive installations and producing multimedia performances across the globe for four decades. Janney directs his own multi-media studio, PhenomenArts, Inc. with studios in both Lexington, Massachusetts, and London, UK.

The Louisiana Art & Science Museum, along with Our Lady of the Lake Children’s Hospital, is proud to present Exploring the Hidden Music: LASM, an immersive multi-media performance created by pioneering artist Christopher Janney. The piece will be performed on two nights, January 31 and February 1, at LASM’s Irene W. Pennington Planetarium.

Janney’s unique production Exploring the Hidden Music: LASM will be a special treat for Baton Rouge audiences. Inspired by Louisiana’s musical roots, this composition will draw upon aspects of Zydeco, southern Gospel, southern blues and shuffle-beat rhythms combined with electronic instruments and sounds. Patrons will also delight in the dance and light displays which will be featured in the performance. Baton Rouge’s own award-winning vocalist Quiana Lynell, trumpeter George Bell and additional local performers will join Janney and his musicians from the Boston area.

The spectacular show will culminate in a special performance of “HeartBeat,” dedicated to the new Our Lady of the Lake Children’s Hospital. Composed by Janney for Mikhail Baryshnikov in 1998, musicians will perform to the sound of a dancer’s heartbeat as she moves in “real time.” The piece, which makes all viewers especially aware of their own heartbeat, is even more poignant to experience during the first weekend of American Heart Month.

To see a brief glimpse of the piece, visit: https://www.youtube.com/watch?v=zogIMjs62WY&feature=youtu.be