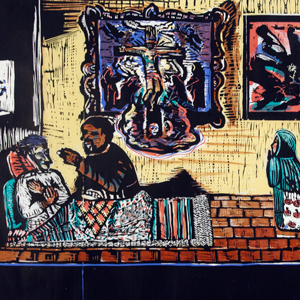 Eric Avery will lecture at the LSU School of Art at 5 p.m. on Wednesday, October 29, 2014, at the LSU Design Building Auditorium (room 103), as part of the Alfred C. Glassell Jr. Endowed Lecture Series, and an exhibition, Eric Avery, MD, HIV/AIDS: Witness, Healer, Survivor, will be on view at the Glassell Gallery October 28–December 7, 2014. The lecture and exhibition are part of the LSU School of Art’s 2014–15 season, RESILIENCE. 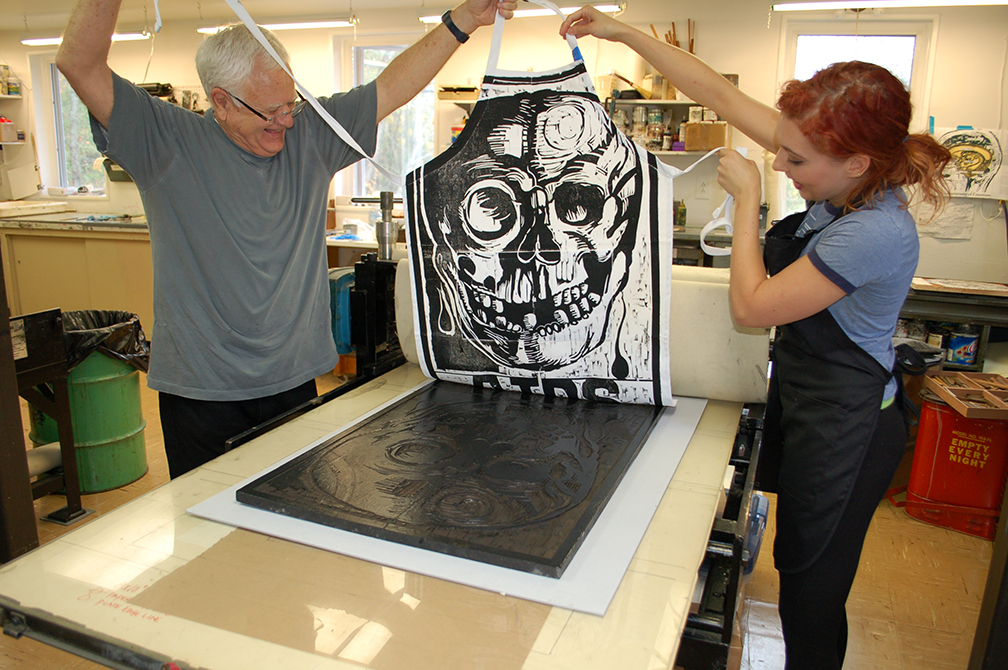 Avery’s lecture, titled “Art as Medicine/Medicine as Art,” explores the liminal space between visual art and medical practice. Avery is a physician, psychiatrist, and printmaker. His social content prints explore issues such as human rights and social responses to disease, death, sexuality, and the body. His experiences as a doctor in Indonesia (1979) and the Las Dhure Refugee Camp in Somalia (1980–81) inspired him to create artworks based on his witness of profound human suffering. Avery produces art in the tradition of a journalist. He maintains a direct emotional involvement with his subjects that is devoid of sentimentality. His clinical art medicine practice in art institutions has given form to the liminal space between art and medicine. His prints have been collected and exhibited in museums and galleries across the United States, including Smith College Art Museum; Baltimore Art Museum; the Fogg Art Museum at Harvard University; Firestone Library at Princeton University; the Library of Congress; ARS MEDICA Collection at the Philadelphia Museum of Art; Pennsylvania Academy of Fine Art, Philadelphia; Smithsonian American Art Museum, Washington, DC; Blanton Museum of Art, Austin, Texas; the Boston Museum of Art; the National Library of Medicine; and The Cushing/Whitney Medical Library at Yale University School of Medicine. In England, his work is included in the Wellcome Trust Library for the History and Understanding of Medicine.