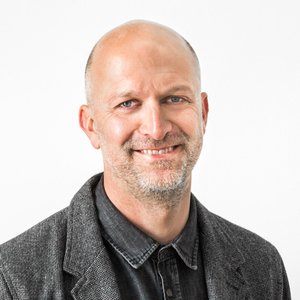 Graeme Brooker, Professor and Head of Interior Design, the Royal College of Art, will present a Paula G. Manship Endowed lecture at the LSU College of Art & Design at 5 p.m. on Monday, March 25, 2019, in the LSU Design Building Auditorium (room 103).

Graeme Brooker has practised and studied Interior Design in both London and Manchester, receiving his Master’s Degree with distinction in Interior Design from Manchester Metropolitan University for the project ‘The Room and the City.’ He has extensive teaching and programme leadership experience.

Between 1997 and 2004 Brooker taught Interior Architecture at Cardiff, before moving to Manchester where, between 2004 and 2010, he was programme leader of both the BA and MA Interior programmes as well as leader of the Centre for Design Research. In 2010 he was a principal lecturer in Interior Architecture at the University of Brighton, before becoming head of the Department of Fashion and Interiors at Middlesex University in 2013.

Graeme has taught and lectured in various institutions in America, Europe and the Far East. Between 2010 and 2013 he was a visiting professor in Antwerp, and since 2014 is a visiting professor at Milan Polytechnic. In 2015 he co-developed the Creative Campus project in Rio, Brazil, with Philip Nutley and the UKTI, and was awarded a DAIWA scholarship for travel to Japan to study building reuse. For the academic year 2015/16 he is a recipient of a National Teaching Fellow award (NTFS).

Graeme Brooker’s research interests are focused on the design of interior space and – in particular – the cultural, historical and philosophical implications of reusing existing buildings.

Brooker has published widely on many aspects of the interior. Recent publications include Adaptations (Bloomsbury, due 2016) and Key Interiors Since 1900 (Laurence King, 2013). He has co-edited (with Sally Stone) seven books on the interior including the highly acclaimed Rereading’s, (RIBA, 2005). He recently edited (with Lois Weinthal) The Handbook of Interior Architecture + Design (Bloomsbury, 2013). He is a commissioning editor for the publisher Ashgate, and he is a member of the editorial advisory board of the journals Interiors: Design: Architecture: Culture (Bloomsbury), I.D.E.A. and A.M.P.S. (Architecture, Media, Politics, Society).

Graeme is also the founder and director of the trustees for the charity Interior Educators (IE), the national subject association for all interior courses in the UK.