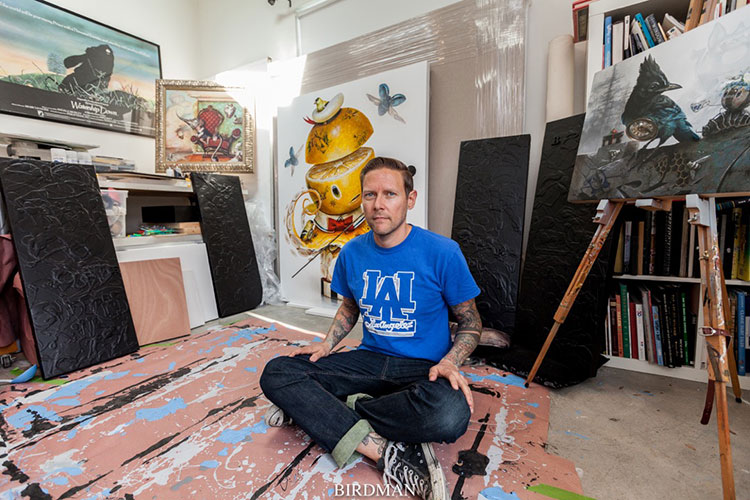 In conjunction with the Baton Rouge Gallery Surreal Salon, Los Angeles based artist Greg “CRAOLA” Simkins will present a lecture, “A Surprising Journey,” at the LSU School of Art at 5 p.m. on Monday, January 23, 2017, in the LSU Design Building Auditorium (room 103). 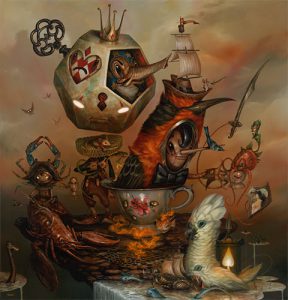 Simkins began drawing at the early age of three and was inspired by various cartoons and books. At the age of 18, he started doing graffiti under the name “CRAOLA.” Graffiti art became his impetus for creating and gave him the confidence to paint large works. In addition, it taught him perspective, color theory, and further developed his artistic skills, which later transitioned into his work with acrylics. It is his careful weaving of pop culture, the old masters, nature, carnival kitsch, and (most importantly) his warped imagination, that makes Greg “CRAOLA” Simkins a sought-after surrealist painter today. Simkins’s artwork has appeared in museums and galleries throughout the world.