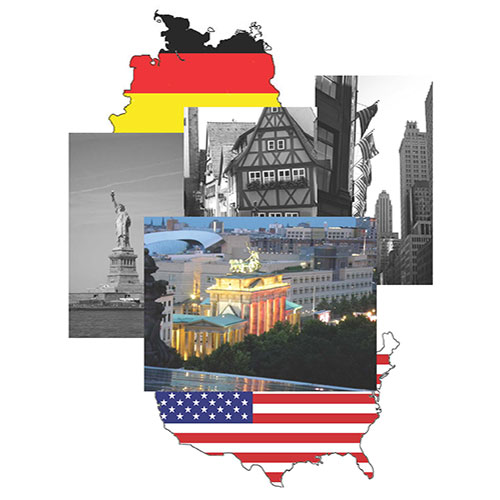 Designed by the Initiative of Black People in Germany (Initiative Schwarze Menschen in Deutschland), Homestory Deutschland is a collection of self-portraits giving voice to the complex and varied histories of black people from the past three centuries of German history. The exhibit features not only the biographies of prominent black figures but also those of unknown “ordinary” people who found themselves stereotyped by racist perceptions and who struggled to be acknowledged and respected in German society.

Homestory Deutschland originated in Germany and has traveled throughout Africa and is now touring in the United States.

Three speakers will discuss elements tied to the exhibition:

The arrival of African American soldiers in Germany was an interesting experience for both sides, with long-term consequences. We will take a closer look at a German community and explore how the relationship between Germans and their African American occupiers developed during the first 10 years of the American presence in Germany.

“An American in Nuremberg and a German in Baton Rouge: The Experience of a Biracial Couple in the 1960s and 1970s”

By the late 1960s and early 1970s, Americans in uniform were a familiar site in Germany. American soldiers of all ethnic backgrounds had the opportunity to move around freely and explore the country. By then, relationships that led to marriages were nothing out of the ordinary anymore—unless the partners came from different racial backgrounds. Wilbert and Re’Gina Francois got to know each other in Nuremberg. The couple married and decided to return to Mr. Francois’s hometown, Baton Rouge, in the early 1970s. They will share their experiences on both sides of the Atlantic in the 1960s and 1970s.

“Black GIs, ‘Brown Babies,’ and the Postwar Story of Race after Hitler”

The presence of African American soldiers in Germany after World War II had many unforeseen consequences. Professor Fehrenbach will explore what it meant to have African American soldiers in the middle of an otherwise racially homogenous society that had just emerged from the worst racially motivated crimes against humanity. The presence of a significant number of “brown babies” in West Germany posed social, political, and cultural challenges that reverberated all the way to the present, on both sides of the Atlantic.