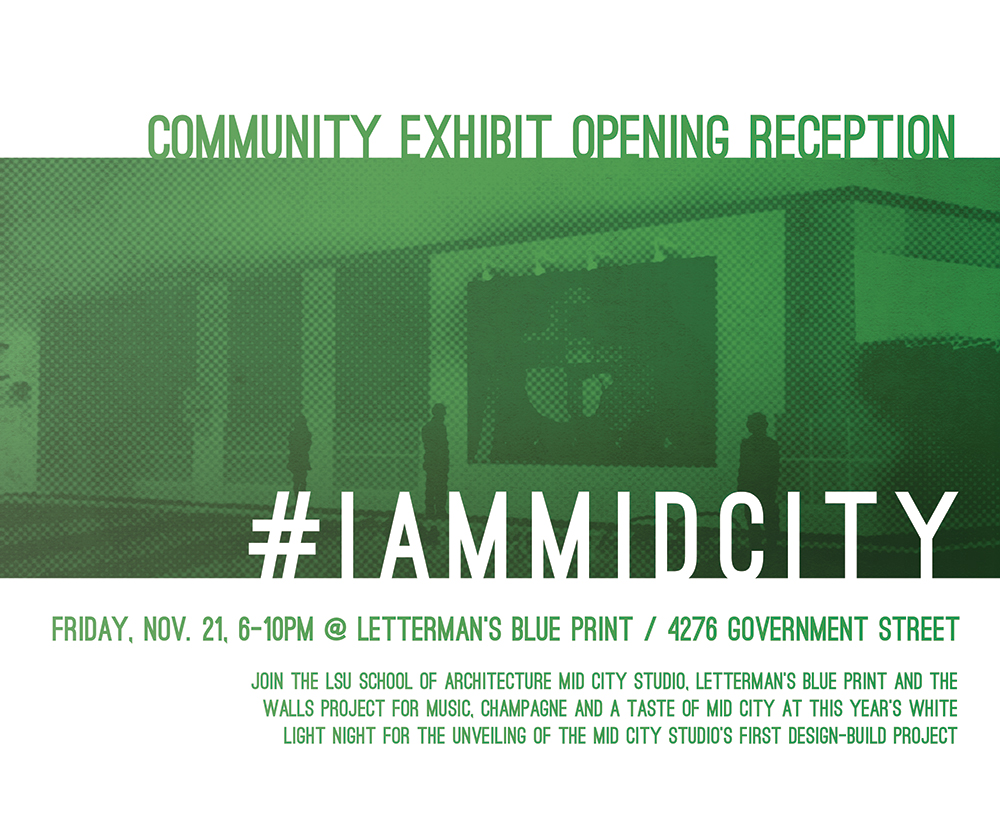 LSU architecture students enrolled in the fall 2014 Mid City Studio are designing and constructing a flexible, community exhibit space on the north side of Letterman’s Government Street location in Baton Rouge. The exhibit is intended to serve as a shifting, changing public space that hosts creative, visual displays directly related to Baton Rouge, Mid City, and its residents. The studio is also charged with designing and installing the first exhibit to be released in conjunction with Mid City Merchants’ White Light Night on Friday, November 21, 6–10 p.m. The project hopes to allow Letterman’s to serve as a steward and voice for the surrounding community. 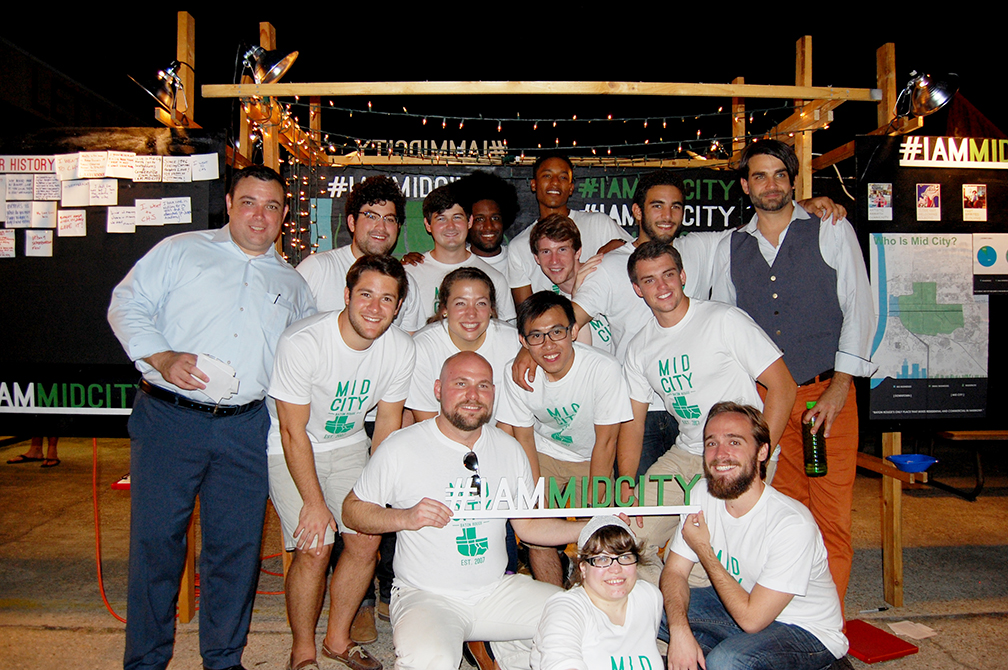 To kick off the project, the studio hosted #iammidcity on October 10, 2014, a community event to celebrate the identity and character of Mid City and promote awareness about the project. The event also launched a social media campaign under the same name to help generate images and stories about Mid City while bringing people together in support of this important part of our city. Please tag your images with #iammidcity to see them show up on the studio website or possibly be included in the exhibit. Follow us on Instagram @midcitystudioBR or on Facebook at facebook.com/midcitystudioBR.

The studio has been generously supported by Letterman’s Blue Print, The Walls Project, Southeast Engineers, and Great States Galvanizing. This marks the first design-build project to be taken on by the Mid City Studio. The studio’s work can be seen at midcitystudio.org.