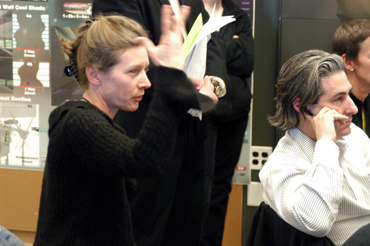 Architect, writer, and Yale professor Keller Easterling will lecture at the LSU School of Architecture at 5 p.m. on Monday, October 5, 2015, in the LSU Design Building Auditorium (room 103). This lecture is sponsored by Eskew+Dumez+Ripple. 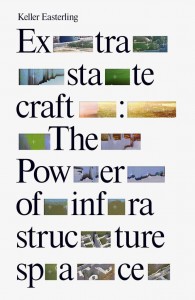 Easterling’s most recent book, Extrastatecraft: The Power of Infrastructure Space (Verso, 2014), examines global infrastructure networks as a medium of polity. Another recent book, Subtraction (Sternberg Press, 2014), considers building removal or how to put the development machine into reverse. An ebook essay, The Action is the Form (Strelka Press, 2012) previews some of the arguments in Extrastatecraft. Other books include: Enduring Innocence: Global Architecture and its Political Masquerades (MIT, 2005), which researched familiar spatial products in difficult or hyperbolic political situations around the world, and Organization Space: Landscapes, Highways and Houses in America (MIT, 1999), which applied network theory to a discussion of American infrastructure.

In her lecture, “Extrastatecraft,” Easterling will discuss how repeatable formulas and spatial products make most of the space in the world. Now, not only buildings but also entire cities have become spatial products that typically reproduce free zone world cities like Shenzhen or Dubai. Space has become a mobile, monetized, almost infrastructural, technology, where infrastructure is not only the urban substructure, but also the urban structure itself. Some of the most radical changes to the globalizing world are being written, not in the language of law and diplomacy, but rather in the language of this infrastructure space. Massive global infrastructure systems, administered by mixtures of public and private cohorts and driven by profound irrationalities, generate de facto, undeclared forms of polity faster than any even quasi-official forms of governance can legislate them. Infrastructure space, with the power and currency of software, is something like an operating system for shaping the city. Exposing evidence of this infrastructural operating system is as important as acquiring skills to hack into it. Infrastructure space tutors special approaches to both form making and political arts.

The LSU School of Architecture is appreciative of the generous support from Eskew+Dumez+Ripple for sponsoring this lecture.