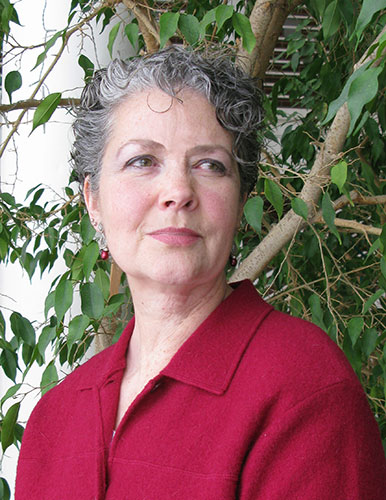 Landscape architect M. Elen Deming, professor at the University of Illinois, Urbana-Champaign, will present a Paula G. Manship Endowed Lecture at the LSU College of Art & Design at 5 p.m. on Monday, March 6, 2017, in the LSU Design Building Auditorium (room 103).

In her lecture, titled “Central Park in Pictures: Landscape Representation and Social Narrative, Deming will discuss Central Park, an iconic public amenity that all but defines Manhattan today. Long before its construction, however, the site selected for Central Park was contested ground and the social changes that accompanied New York’s dramatic urban growth played out against its verdant backdrop for decades to come. The social narratives that accompanied these changes were eloquently captured in maps, lithographs, paintings, and photographs of the park from the 1850s on. Deming’s lecture will explore the context for these narratives and the artists’ changing points of view.

Prendergast, the Mall at Central Park, 1901

Deming teaches graduate design studios, landscape history, and design theory and research design for professionals at the University of Illinois, Urbana-Champaign. From 1993 to 2008, she taught at SUNY’s College of Environmental Science and Forestry in Syracuse, New York. Her education includes a Doctorate of Design and Master of Landscape Architecture from Harvard’s Graduate School of Design, along with a Master of Arts in Art History from Syracuse University. Prior to beginning her teaching career, from 1985 to 1992, Deming was as associate at Sasaki Associates in Boston. As a professional landscape architect, she is licensed in three states and has served on the Illinois State Registration Board since 2009.

Deming’s research combines her practical, editorial, and teaching experiences. Co-editor of Landscape Journal from 2002 with James F. Palmer (emeritus, SUNY ESF), Deming became sole editor from 2006 to 2009 and then served as president of CELA in 2011. Based on published work, she and co-author Simon Swaffield published Landscape Architecture Research: Inquiry/Strategy/Design (Wiley, 2011), a framework explaining the breadth of research strategies operating in the discipline of landscape architecture today. The book was translated into Chinese in 2013. She later edited a volume of essays called Values in Landscape Architecture and Environmental Design: Finding Center (LSU Press, 2015). Deming was named Fellow in Garden and Landscape Studies at Dumbarton Oaks Research Library and Visiting Fellow in History at the Davis Center at Princeton University, 2005-06. She served twice as Research Fellow in Landscape Performance for Landscape Architecture Foundation’s Case Study Investigation program (2013, 2015). Currently, she serves on the Board of Directors for LAF and, in October 2016, she became LAF’s Vice President for Research.