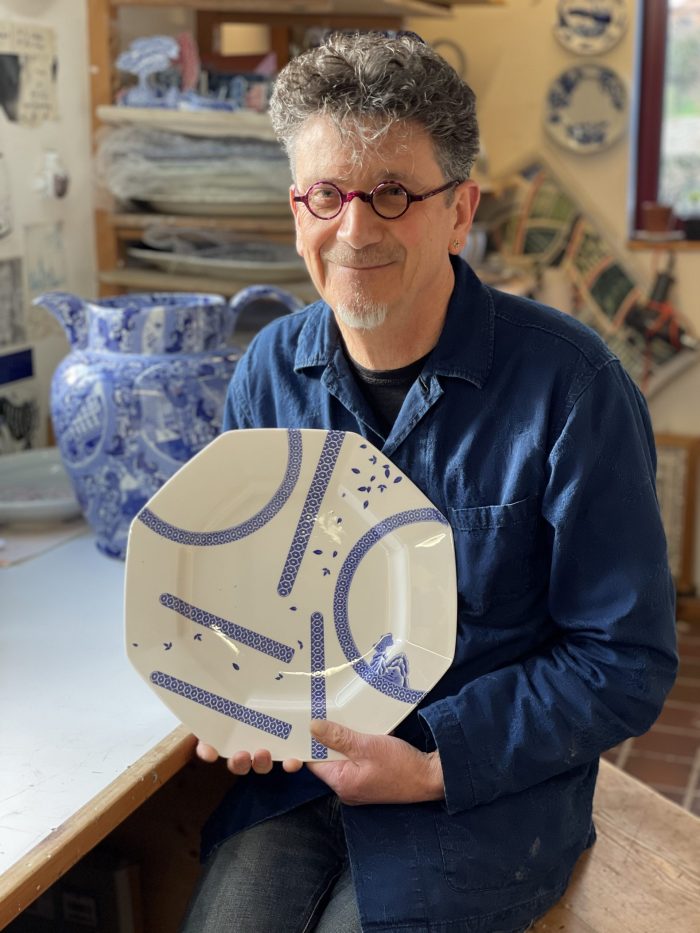 Cumbrian Blue(s) artworks can be found in private and public collections around the world, including V&A in London, National Museums of Norway, Scotland, Sweden, Wales. In the United States collections include Art Museums in Birmingham, Boston, Brooklyn, Montgomery, Newark, the Carnegie in Pittsburgh, Museum of Art and Design in New York, Chipstone and Alturas Foundations as well as the RISD Museum.

Since 2013, with the aid of an Alturas Foundation Artists Award and Arts Council England support, Paul Scott has been investigating transferwares and the contemporary landscape of North America. An ongoing dialogue between documentary, historical, travel and artistic research, has led to the creation of a substantive body of artwork, New American Scenery which references archives, objects, the motives and thinking of original collectors and the post-industrial landscapes of twenty-first century America. Paul’s illustrated lecture will detail the journeys of images and objects through medias, histories and geographies. His narrative will include details of extensive research into museum print archives (including the V&A, Wedgwood, Spode), observations from travels through the contemporary American landscape and new Cumbrian Blue(s) artworks which examine the biased, sometimes fictional histories depicted on historical transferwares.