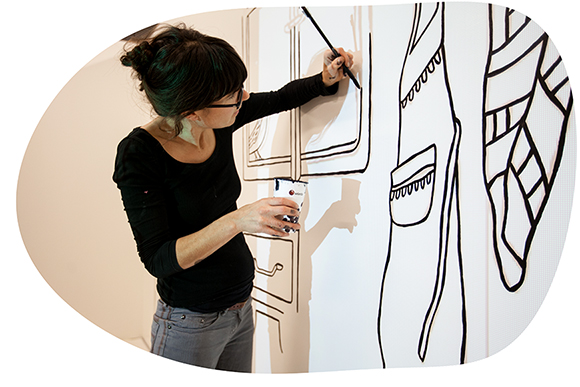 Paula Troxler was born 1981 in Willisau. She started working as a freelance illustrator in 2006 in her own studio based in Zurich. She is mixing analog with digital techniques and most of her designs are hand-drawn. Her style is poetic and subtle.

Her work consists of doing illustrations for various newspapers and magazines, as well as posters for theatres and cultural events, identities for festivals, music artwork, book publications, doing murals, collaborations with other graphic studios and advertisements. She has been teaching in arts academies and workshops. Since 2010 she is self-publishing her own daily calendar „Every Day a Drawing“, where personal ideas, thoughts and visual experiments take place. 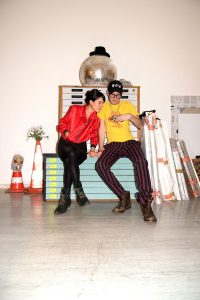 Kleon Medugorac was born 1979 in Ulm. After 17 years of working as a freelance designer in Stuttgart, Germany, he moved to Zurich, Switzerland to share a Studio with his partner Paula Troxler. His clients are mostly from the cultural sector and his work contains Identities, Posters, Illustration, Magazines, Books and more.

He is bending traditional rules of design and his work is often very playful. Besides graphic design and illustration, Kleon works in different creative fields such as music, painting, videos, photography, animation that interact with each other. Since 2010 he has been teaching different creative disciplines in arts academies and on workshops.

Kleon and Paula work together as PANK studio, on free and commercial projects in their Zürich-based studio. Their work ranges from design for theaters, Posters, Gif-Animations-Music-Manifesta (derhund.org), videos, paintings all the way to their own music. Their band candyass plays songs written by Kleon.