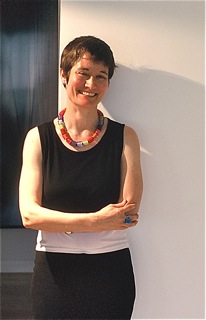 Sarah Whiting, William Ward Watkin Professor and Dean of the Rice School of Architecture, will lecture at the LSU College of Art & Design as part of the Paula G. Manship Endowed Lecture Series at 5 p.m. on Wednesday, January 20, 2016, in the LSU Design Building Auditorium (room 103).

Whiting received her BA from Yale University, her Master of Architecture from Princeton, and her PhD from Massachusetts Institute of Technology. Previously, she taught at Princeton University, Harvard’s Graduate School of Design, the Illinois Institute of Technology, the University of Kentucky, and the University of Florida. As a teacher, writer, and designer, her work revolves around architecture’s catalytic relationship to politics, economics, and society, focusing especially on the modern subject (individual as well as collective) and the way that this subject affects and is affected by architecture and the city. Whiting is particularly interested in the nature of public life as it is currently being reformulated in the buildings and urbanisms of the 21st century.

Whiting is also a partner, along with Ron Witte, of WW, an architectural practice that is currently completing the Golden House in Princeton, New Jersey, and the design of the Drama Division at the Juilliard School in Manhattan. WW has won or been finalists in numerous design competitions, including the San Jose State University Museum of Art and Design and the Arts and Athletics Building for St. Francis High School in Louisville, Kentucky, as well as urban design competitions for the Toronto Central Waterfront and the San Diego Harbor. Whiting’s previous experience includes working for Peter Eisenman and the Office for Metropolitan Architecture with Rem Koolhaas, where she was a designer on the Euralille master plan.

Whiting’s writings on urban and architectural theory have been widely published in journals and anthologies. In addition to the book, Beyond Surface Appeal: Literalism, Sensibilities, and Constituencies in the Work of James Carpenter (Harvard University Press, spring 2010), she is currently completing a manuscript on the superblock called Superblock Urbanism: Chicago’s Elastic Grid. She is also the editor of the new book series, POINT (Princeton University Press).