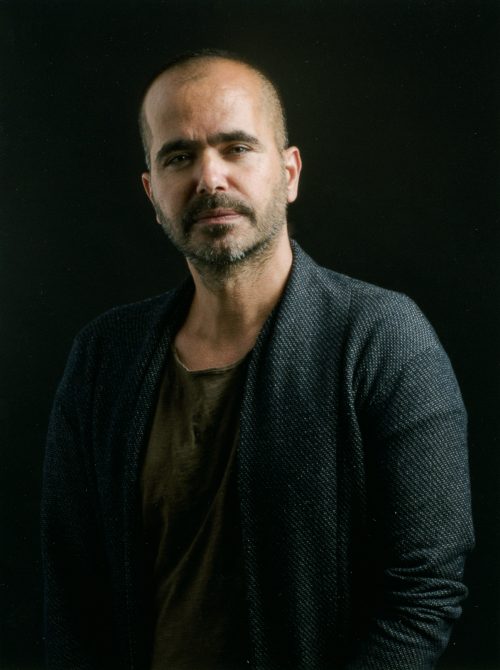 Dr. Wafaa Bilal (Arabic: وفاء بلال [wæfæ bɪlˤɑːlˤ] is an Iraqi American artist, a former professor at the School of the Art Institute of Chicago and currently an art professor at the Tisch School of the Arts at New York University. He is a Creative Capital Award winner in 2021 for his project In a Grain of Wheat: Cultivating Hybrid Futures in Ancient Seed DNA and named one of Foreign Policy magazine’s Leading 100 Global Thinkers in 2016 for his work as an advocate. Bilal’s work, Canto III, was included as part of the Iranian pavilion at the 2015 Venice Biennale. Bilal’s current work 168:01 brings awareness to cultural destruction and promotes the collective healing process through education and audience participation. He is best known for his work, Domestic Tension, a performance piece in which he lived in a gallery for a month and was shot by paintballs remotely by internet users watching from a webcam and for his book, Shoot an Iraqi: Art, Life, and Resistance under the Gun, based on that performance, which details the horrors of living in a conflict zone and growing up under Saddam Hussein’s regime. He holds a BFA from the University of New Mexico, an MFA from the School of the Art Institute of Chicago, and was conferred an honorary Ph.D. from DePauw University.

Wafaa Bilal will discuss specific bodies of work including Domestic Tension (aka Shoot an Iraqi), The Things I Could Tell…, and his most recent project 168:01, elaborating on the evolution of his work and reflecting on his personal experiences living in both the conflict zone of Iraq and the comfort zone of the United States. Bilal’s work explores both the trauma of conflicts and post-conflict relationships through social engagement.

His dynamic, participatory work blends technology and performance to engage viewers in dialogue and places him in the role of the artist as platform initiator, helping to shift and change the distribution channels in the media. The controversial aspects of his work spark deeper conversation and provoke passive viewers to take an active stance with regard to social justice and their own personal/political realities.