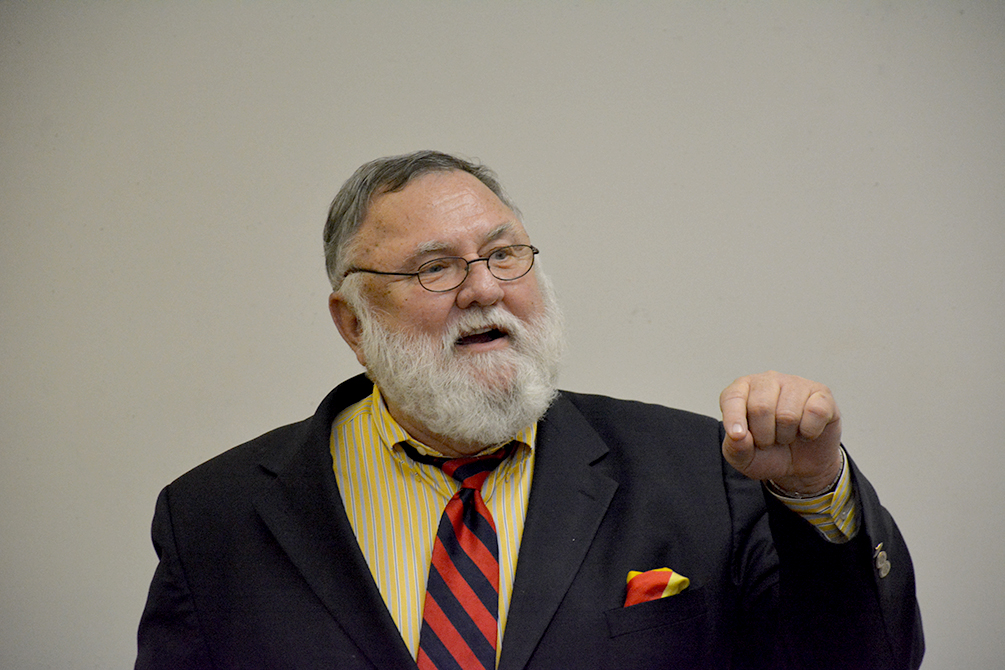 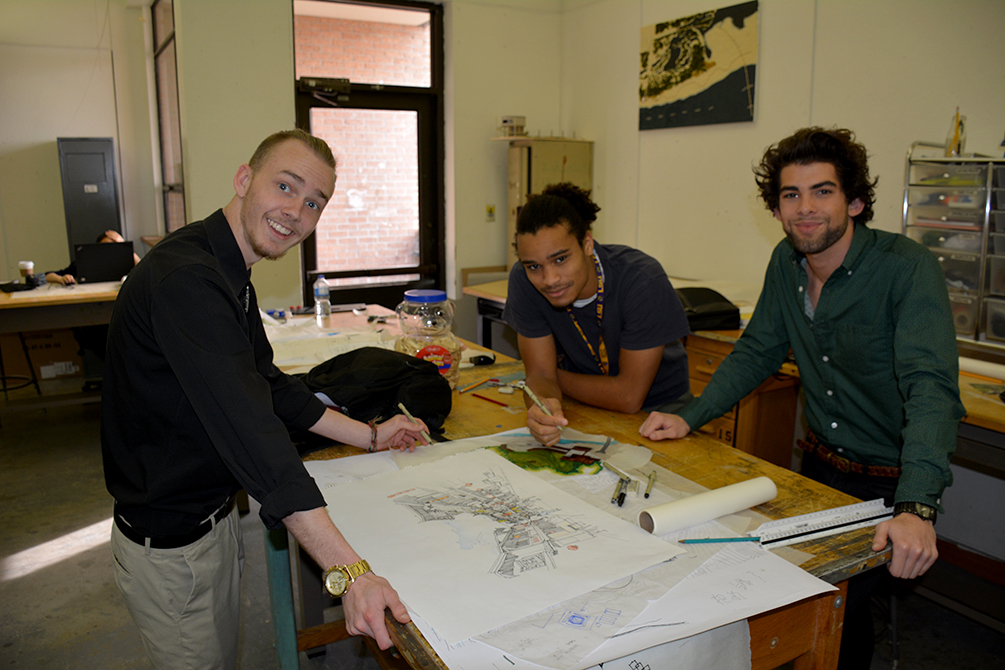 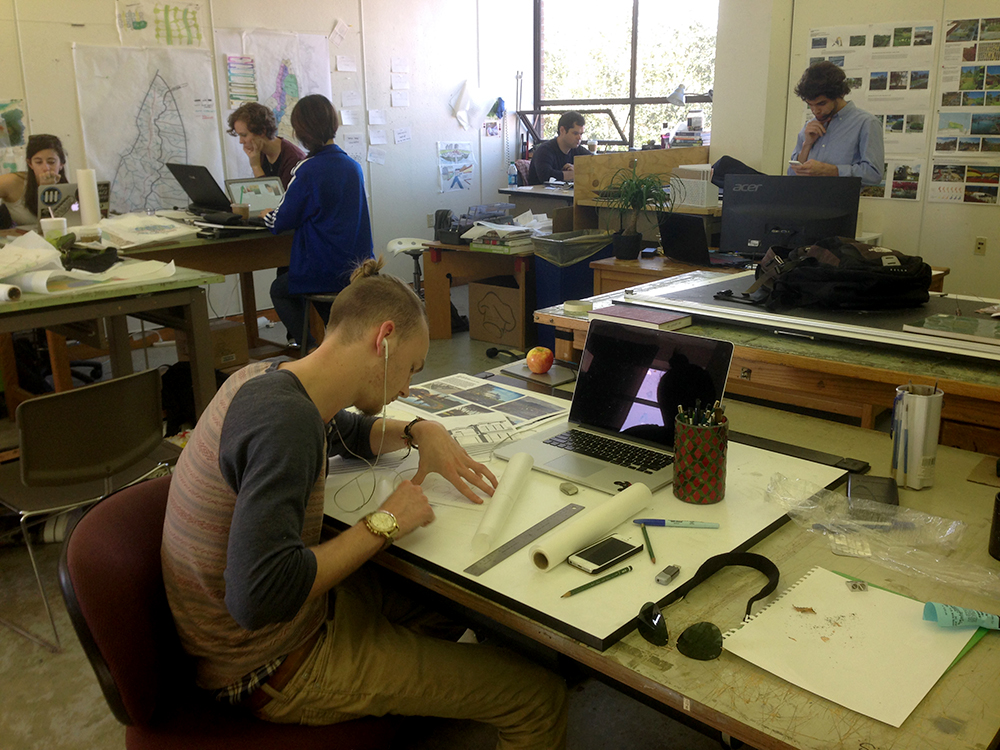 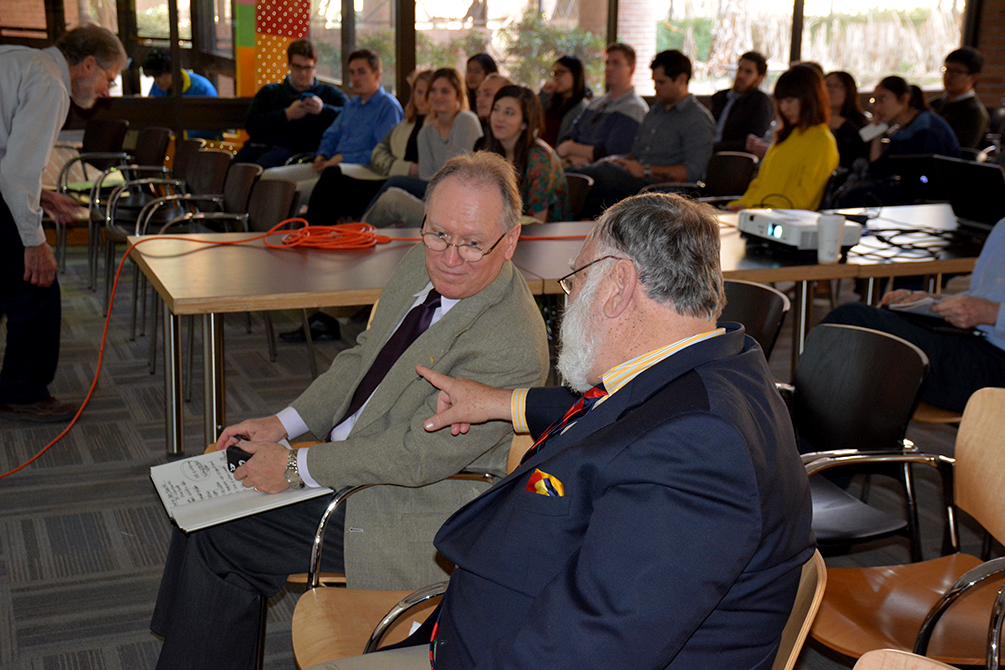 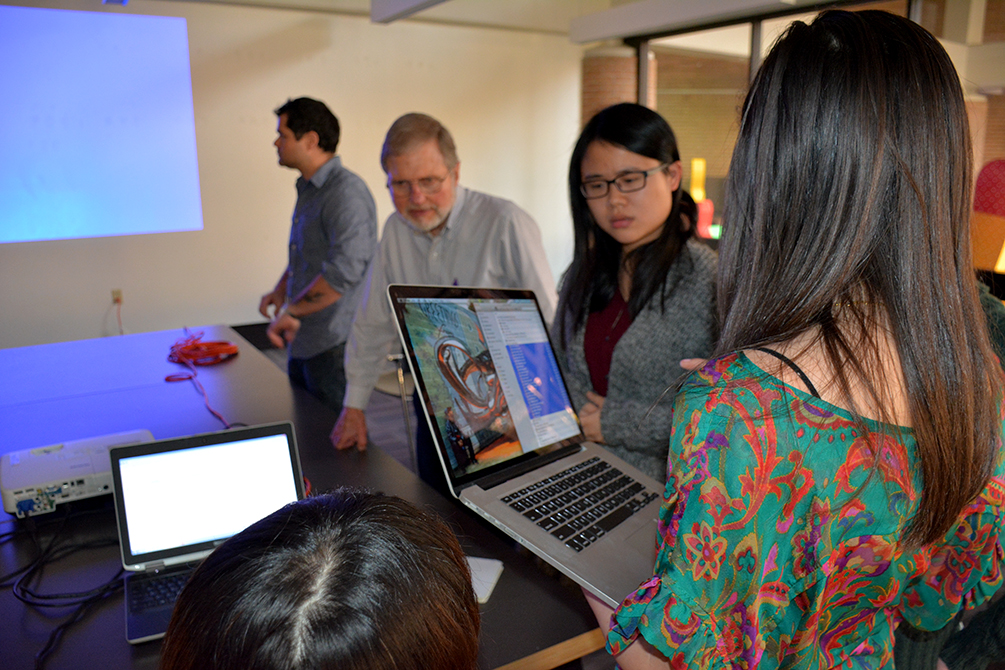 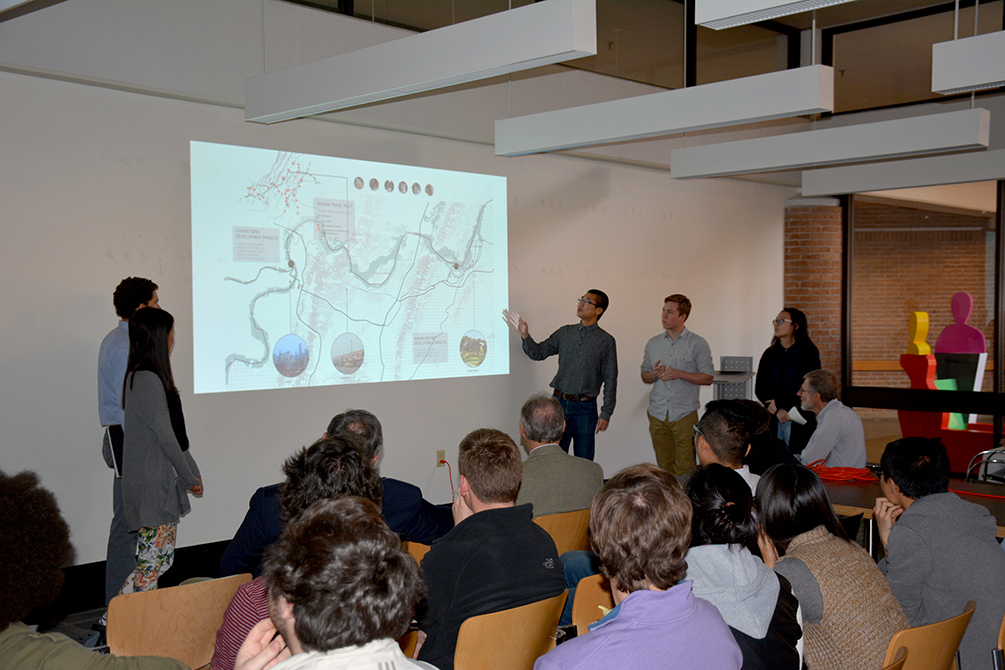 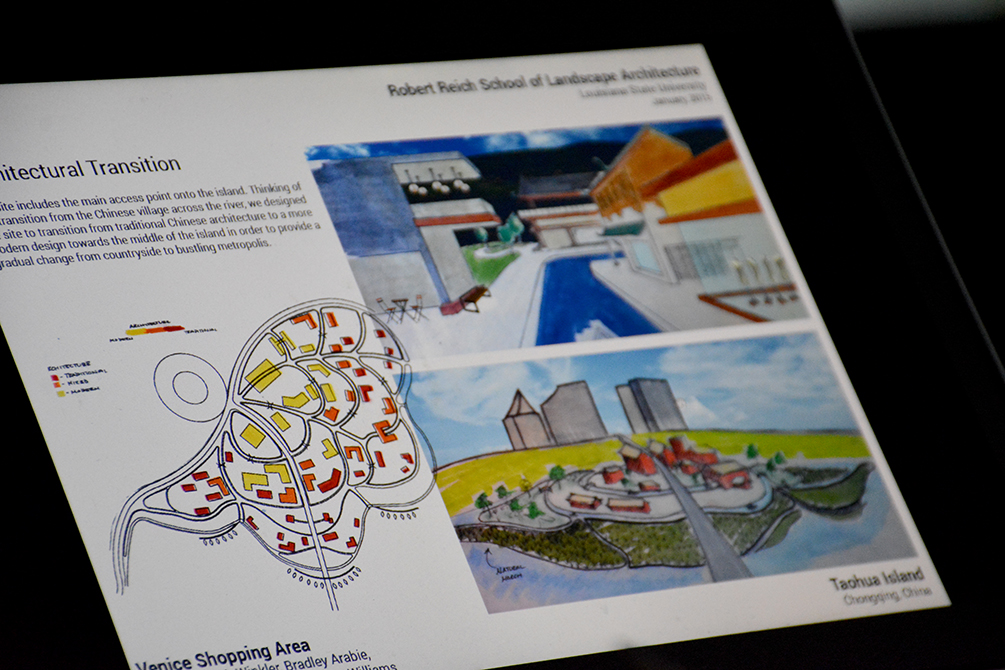 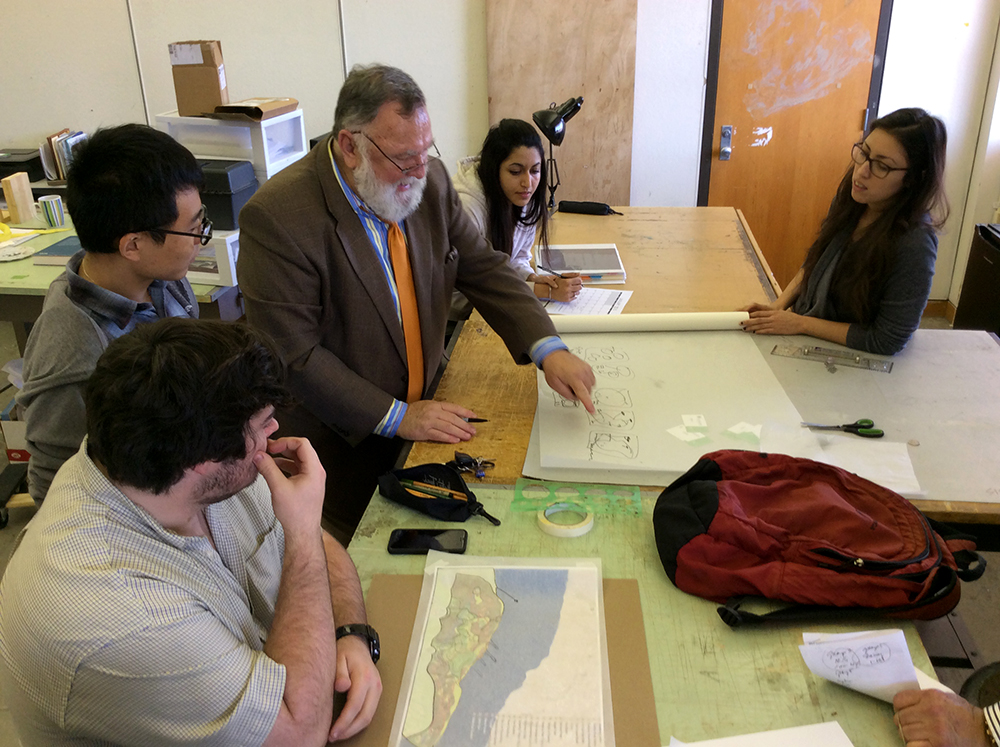 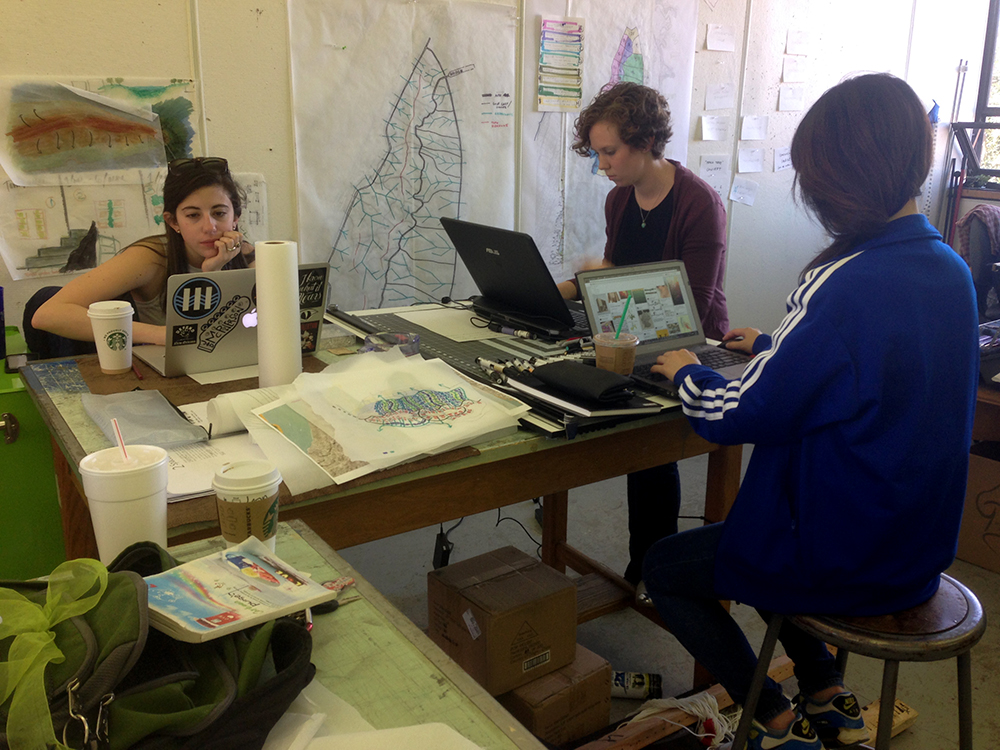 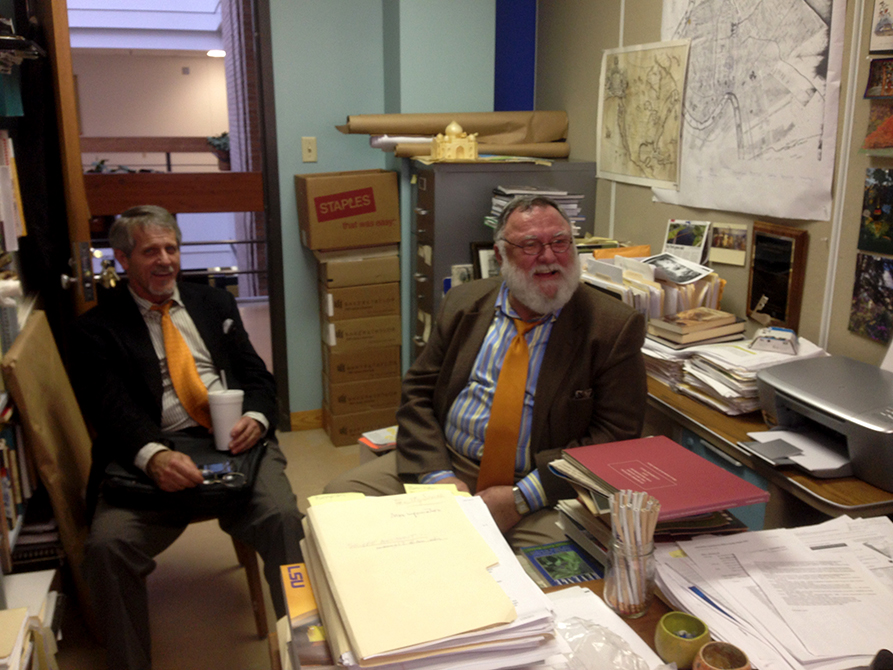 LSU’s nationally renowned Robert Reich School of Landscape Architecture held its annual Design Week January 26–30, 2015, with a program that included a lecture and weeklong design workshop led by alumnus Lewis T. May, FASLA, associate principal and urban design director of Page, a 400-plus person multidisciplinary architecture and engineering firm with offices in the U.S. and abroad.

Undergraduate and graduate students in the landscape architecture program at LSU participate in Design Week each year. Their normal class schedules are paused so they can concentrate on a weeklong, intense project in a workshop environment led by a visiting professional.

This year, May divided the students into groups, each responsible for developing ideas and concepts for a designated, assigned area of a proposed master plan already prepared by Page—the Yangtze River Hampton project, located at Peach Blossom Island in the Bana District of Chongqing, China. About 2.3 million square meters along the south shore of the Yangtze River is to be developed into an international financial ecological island, bringing Chongqing’s modern service industry to a new height and serving as an example financial service area in the Southwest. The design specifications include spaces for financial services, leisure, cultural experience, and high-end residential housing.

The school has numerous international students, several from China. The project gave the Chinese students the chance to take the lead in the conceptual evaluation of the designs.

At the end of the weeklong workshop, the student teams presented their projects to faculty and their peers. Five groups were selected as winners from first to fifth place, and May awarded the winning groups with cash prizes. 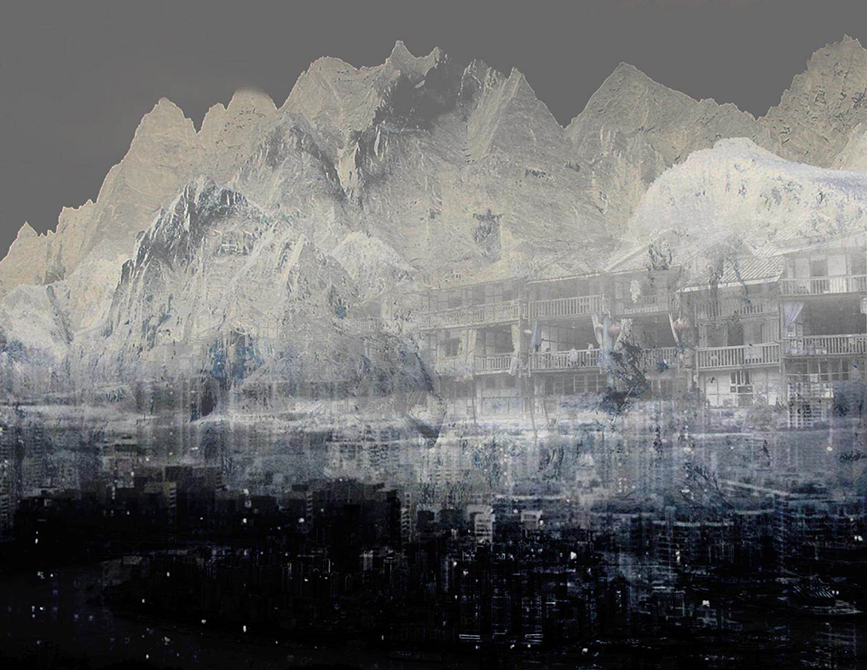 While in Baton Rouge, Lewis T. May also presented a lecture on Wednesday evening, January 28, in the LSU Design Building Auditorium. In his lecture, “Exported Creativity: Genius loci or Cultural Imperialism?” May showcased his four-plus decades of international planning, urban design, and landscape architecture projects and discussed both the processes and approaches developed to glean the distinct cultural and socio-environmental influences for each project and locale. 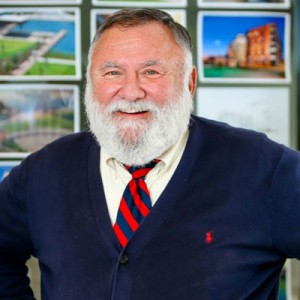 About Lewis T. May, FASLA
May earned his BLA and MLA at LSU and is one of the nation’s most accomplished master-plan designers with more than four decades of experience in planning, urban design, and landscape architecture for projects throughout the Middle East, Asia, Africa, and North America. May has had a significant influence on the built environment of the Middle East by leading design teams on the planning of dozens of cities and urban centers, including new town plans for ARAMCO, communities for Internal Security Forces Housing Projects, sites for the Peace Sun, Peace Shield Master Plan Base Installation Strategies, and master plans for cities such as Accra, Ghana, and Jeddah North, Saudi Arabia. He is the author of the award-winning book Landscape Architecture in Saudi Arabia. May’s extensive portfolio includes more than 300 campus facility master plans at prestigious institutions around the world, including Harvard University, Carnegie Mellon University, the United States Military Academy in West Point, the University of Virginia, Templeton College at Oxford University, King Fahd University of Petroleum and Minerals, King Abdul-Aziz Military Academy, and the University of Houston System. May has lectured at numerous universities and professional associations. He has shared his extensive knowledge with students through teaching positions at the University of Houston’s Gerald D. Hines College of Architecture where he founded the Center for Ecology and served as its director, and he is currently a visiting critic/adjunct faculty member in the architecture programs at Texas Tech University, the University of Hawaii, and Universidad de Monterrey.