Skip to content
COLLEGE OF ART & DESIGN Home / Who We Are / Retired Faculty/Emeritus / Meek, Albert J. 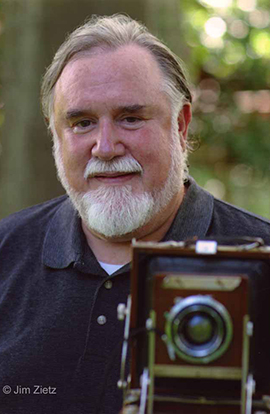 
Professor Emeritus Albert “A J” Meek retired from the LSU School of Art as a professor of photography in 2004. He began teaching at LSU as an instructor in 1977, and he is credited with starting the photography program at LSU. During his tenure at LSU, Meek received fellowships from the Louisiana Division of the Arts and two fellowships from the National Endowment for the Southern Arts in photography. He was awarded the Emogene Pliner professorship in art in 2002, and he held the Garrey Carruthers Chair in the Honors Program at the University of New Mexico 2009–10.

His work has been exhibited nationally and internationally, including at the Birmingham Museum of Art, the New Orleans Museum of Art, and the Inverness Museum in Scotland. Meek is the author of six photography books including The Healing Presence: Photographs of the Sky and Children’s Perceptions of Hope (Sunstone Press, 2014). He was included in Treasures of LSU, edited by Laura F. Lindsay and published by LSU Press.

Meek is best known for his elegant toned silver gelatin prints of landscapes in Louisiana and the American West, made with an 8 x 20 banquet camera. Most recently, the Historic New Orleans Collection exhibited his photographs in Civil War Battlefields and National Parks, November 6, 2013–April 5, 2014. Since his retirement, he continues a creative lifestyle. His energy goes into lectures, writing, painting, books, and his photography.

Meek received his BFA, with honors, from Art Center College of Design in Los Angeles, California, and his MFA from Ohio University in Athens.

I am a project-oriented photographer working within the documentary tradition. I am interested in combining a self-expressive connection with service to the field thus contributing to the awakening of a moral consciousness, the social issues of our time, and the enlightenment of the spirit.