Skip to content
COLLEGE OF ART & DESIGN Home / Who We Are / Retired Faculty/Emeritus / Pramuk, Edward 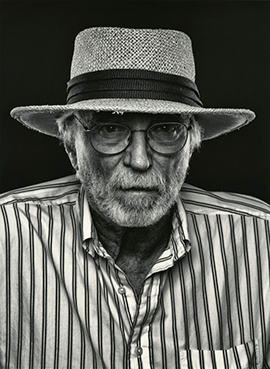 
Professor Edward Pramuk taught painting, drawing, printmaking, and design at the LSU School of Art for 35 years. He was the area coordinator for the painting and drawing program for 15 years and pioneered the development of graduate pedagogical studies to prepare students to instruct foundation courses in design and drawing. Pramuk actively promoted interdisciplinary activity at LSU, which culminated in projects that brought together students of art, English, philosophy, and music. He curated exhibitions showcasing the fruits of those interactions, featuring visual art collaborations, poetry readings, and musical compositions. Pramuk also helped introduce and foster the visiting artist program in the School of Art, which has brought nationally and internationally renowned artists to teach, exhibit, and perform public lectures at LSU and in the Baton Rouge community.

Pramuk studied painting, drawing, and printmaking at the Akron Art Institute and pursued graduate studies at Kent State University and Queens College, where he worked with James Brooks and John Ferren. Pramuk’s early work was exhibited in Louisiana, New York, and Texas, including showings at Simonne Stern and Sylvia Schmidt galleries in New Orleans, Pelham von Stoffler in Houston, and a solo show at the New Orleans Museum of Art in 1974. After working abstractly for many years, he moved toward figuration in the 1980s and produced works that culminated in exhibitions at the First Street Gallery in Manhattan. Prelude, a portrait of a young pianist, was included in the 1983 National Academy of Design’s annual exhibition.

Professor Pramuk retired from LSU in 2000. Soon after, Pramuk painted a series of icebergs adrift in the Gulf of Mexico, derived from dream imagery and environmental concerns. Several paintings from the series appeared in the winter 2010 issue of The Southern Review. In 2002, Pramuk was commissioned to paint a mural of jazz pianist and composer Bill Evans for the School of Music at Southeastern University in Hammond, Louisiana, where Evans earned a degree in piano studies. The permanent public installation includes images of eight Louisiana jazz legends, including Louis Armstrong, Sidney Bechet, and Jelly Roll Morton. Adjoining the images are printed biographies to remind students of the rich heritage of Louisiana music history. Pramuk’s work was included in Brilliant Corners, a journal of jazz and literature in 2003 and in Treasures of LSU, a book published by LSU Press in 2010. In July 2013, the LSU Museum of Art featured an exhibition by Pramuk in Seeing Music, which included 30 collage paintings of legendary jazz musicians such as Billie Holiday, Duke Ellington, and Miles Davis. Pramuk’s most recent abstract paintings celebrate spring in Louisiana, an ongoing series entitled Spring: Green Shelter, Lake, Sun.