Skip to content
COLLEGE OF ART & DESIGN Home / Who We Are / Retired Faculty/Emeritus / Ritchie, T.L. 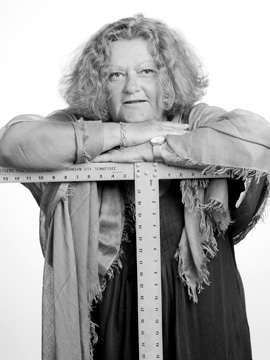 
TL Ritchie was a member of the Louisiana State University faculty 1997-2017. She served as chair of the LSU School of Interior Design (2002–12) and was an associate professor of interior design and the internship coordinator for the program. Ritchie received a BA in design from the State University of New York at Buffalo and a BFA in art from Ohio University. She received a Master of Architecture from the University of Texas at Austin and Tulane University School of Architecture. Ritchie has published numerous essays and articles in journals and proceedings and has two sets of refereed Historic Building Research and Graphic Documentation (HABS drawings) in the Library of Congress. She was the faculty director for the 2003 Charles E. Peterson Prize, Athenaeum of Philadelphia and the AIA. She received the Louisiana Preservation Alliance Honor Award for Education and the Louisiana Trust for Historic Preservation Honor Award for Education. Ritchie was the first recipient of the Ruth Z. McCoy Professorship in Interior Design at LSU and has been awarded the LSU College of Art + Design Outstanding Teacher Award and the Tiger Athletic Foundation Undergraduate Teaching Award.

Ritchie served on the Board of Directors for the Council for Interior Design Qualification (CIDQ), the non-profit organization that establishes standards of competency and administers the professional examination for interior designers and interior architects in North America. She served as the delegate to the NCIDQ Council of Delegates for Louisiana from 2007 to 2012 and has been the chair of NCIDQ’s nominating committee, IDEP/Student Benefits Task Force, and IDEP Policy Task Force. She has been a member of the Policies and Procedures Committee and the Route for Architecture Education Task Force. She has served on the Louisiana State Board of Examiners of Interior Design, appointed by the governor, since 2006, and has been vice-chair since 2008 and chair of the Committee on Education since 2007.   She was appointed to the Louisiana Governor’s Mansion Commission for nine years, the Delgado Community College Interior Design Advisory Board for three years, and served as an accreditation peer evaluator for the Southern Association of Colleges and Schools [SACS] Commission on Colleges. Ritchie formerly practiced professionally in New Orleans and consulted on projects in the U.S., Canada, and Russia.