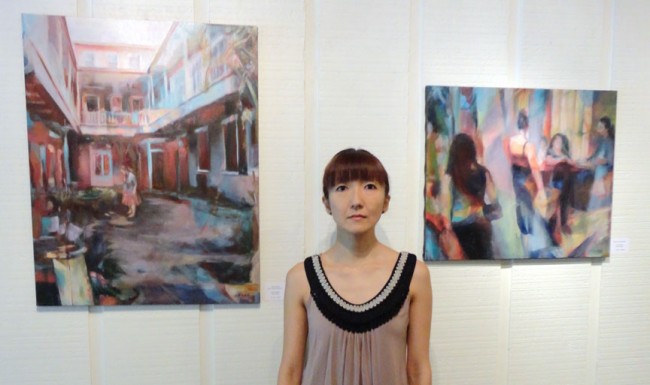 The current exhibition at Frameworks Gallery in Baton Rouge is the first time LSU School of Art Instructor Isoko Onodera’s work has been prominently featured. Onodera met Rozlan Fransen, the owner of Frameworks Gallery, at the opening reception for her friend and fellow local artist Katie Knoeringer earlier this year. Soon after, Fransen planned the Onodera and Grodesky exhibit, which creates an interesting effect by pairing Onodera’s representational oil paintings with Grodesky’s abstract works.

Onodera’s oil paintings originate from snapshots she takes from real life. Her muted yet colorful scenes of everyday human interactions reflect her interest in the variables of individual perception according to the particular psychology, neurology, and physicality of the observer. In particular, Onodera is interested in the different ways people perceive and interpret color.

Onodera’s paintings are glimpses into those private moments when her subjects aren’t aware of being studied. In You Are All I Need, a woman kneels on the floor just outside a doorway through which her companions are seen enjoying themselves in the next room. The viewer is immediately pulled into the curious scene, and Onodera’s brushstrokes and use of color add a hazy sense of longing to the work. 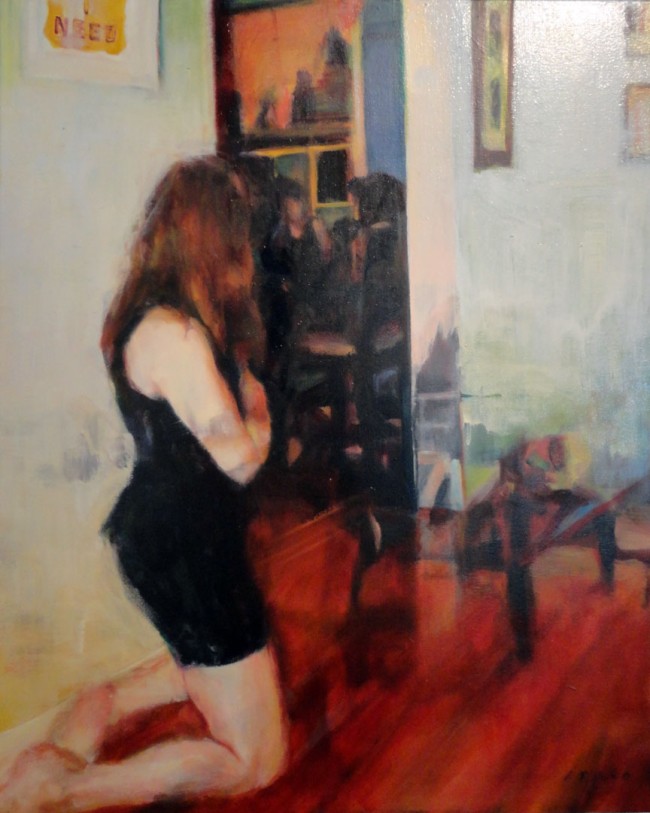 You are All I Need

“This painting represents those moments when you are surrounded by friends and should be having a good time, but you still feel lonely because the one person who means the most to you isn’t there,” said Onodera.

Onodera’s favorite work, Hakuchu-Mu—or daydreamer in Japanese—shows a woman standing alone and entranced in an iconic New Orleans–style courtyard. Daydreams have been an important part of Onodera’s development as an artist. 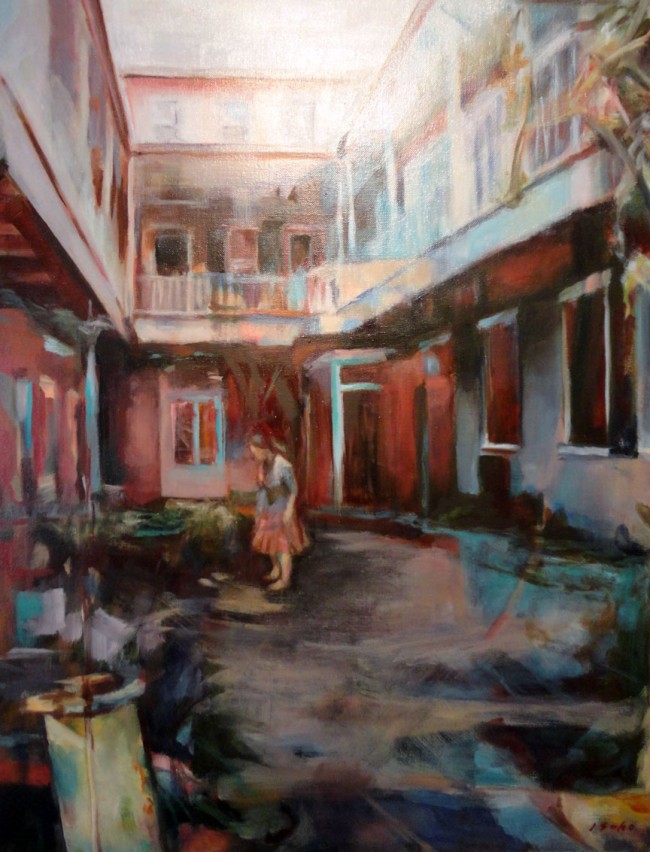 Onodera grew up in Japan and started drawing when she was three or four years old, and her subjects have always been people. Her dream was to become a Manga artist, but her parents weren’t supportive of her career choice, so she was unhappily working at a bank in Japan before she moved to the United States at age 22 with her American fiancé.

“In Japan, you don’t see as many non-traditional students or people making mid-life career changes. For me, America has been a place of second chances,” Onodera said.

When she’s not painting, Onodera teaches intermediate figure drawing and figure painting at LSU’s School of Art, and she teaches a leisure class in portrait-painting at LSU each summer. Several of her leisure-class students came out to support Onodera at the opening reception on July 26, and her painting, Pattern Recognition, was sold the first night of the exhibit. The exhibit at Frameworks Gallery, located at 8501 Highland Road, will run through September 7, 2013. 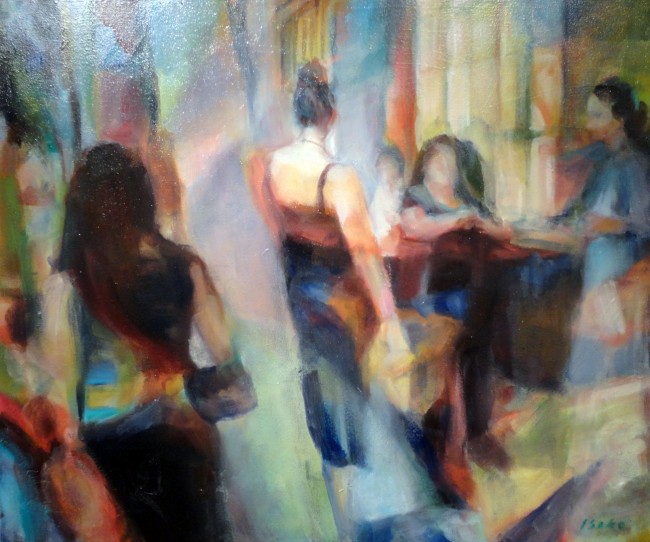