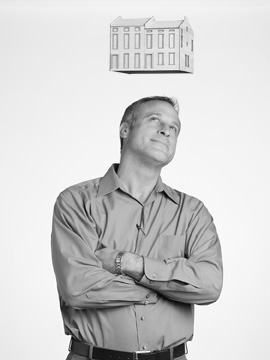 Sofranko received his Master of Architecture and Bachelor of Architecture from Kent State University. Prior to his arrival at LSU he was working professionally in Cleveland, Ohio. His interest in the curriculum and the structure of the school as well as the geography of the region led him to LSU. He is a full member of the graduate faculty and primarily teaches design studios in both the undergraduate and graduate programs. His research has been a combination of architectural design projects and scholarly papers with a focus on beginning design as well as popular cultural and architecture as image. He has been involved with the National Conference on the Beginning Design Student for over 20 years. Most recently his research has focused on the efficacy of techniques for recruiting and retention of students in design. He is credited with starting the school’s Architecture & Design Summer Camp for high school students and is interested in using the camp as a tool for recruiting minority students.