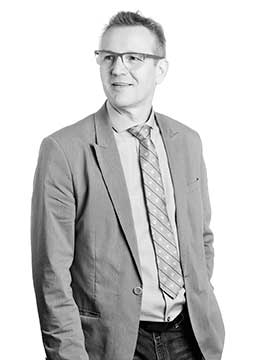 
Phillip Tebbutt is originally from Essex, United Kingdom. He spent five years in Scotland before the family moved to Hong Kong, where he spent formative years growing up. He attended British boarding school Dover College in Kent, UK and then the University of Brighton, at Sussex, UK, where he earned a BA Hons. in Architecture in 1983. He interned for a small architectural practice in London, David le Lay Architects. He completed a post-graduate diploma in architecture at the University of Westminster, London UK in 1987. He then began working for several notable firms as a consultant and freelance designer: Macmillan Scott, Abeta Interiors, Long Beach Interiors, Epstein Architects, Egal Yawetz Architects, Lee Colbeck Architects.

After a two-year hiatus traveling and working in Africa (he rode an overly large motorcycle from London to Cape Town, South Africa), Australia and the far east, he returned to London and set up his own firms Flip Designs and ICON-8. Working with renewed endeavors into design visualization and computer graphics, he worked with notable firms such as Newnham Borough Council Digital Archives, MLP Multimedia Inner Visions, Mark Guard Architects, Ove Arup Engineering and Architecture, and Barrett Lloyd Davis Associates.

In 1996 Tebbutt moved to the USA and started teaching at Louisiana State University. His aim has been to introduce computer drafting and visualization skills at all levels throughout the curriculum. The focus of his research is teaching design, with added affiliated skills and interests such as natural and artificial lighting of interiors and its digital representation, design and sustainability.

He is a registered licensed interior designer in the state Louisiana, having completed several private residences and some small commercial projects over the last ten years. Tebbutt served as Chair of the LSU Department of Interior Design for 2012-2013. Recent endeavors include exploring virtual reality as a teaching and design tool, and investigating and implementing other forms of augmented realities.