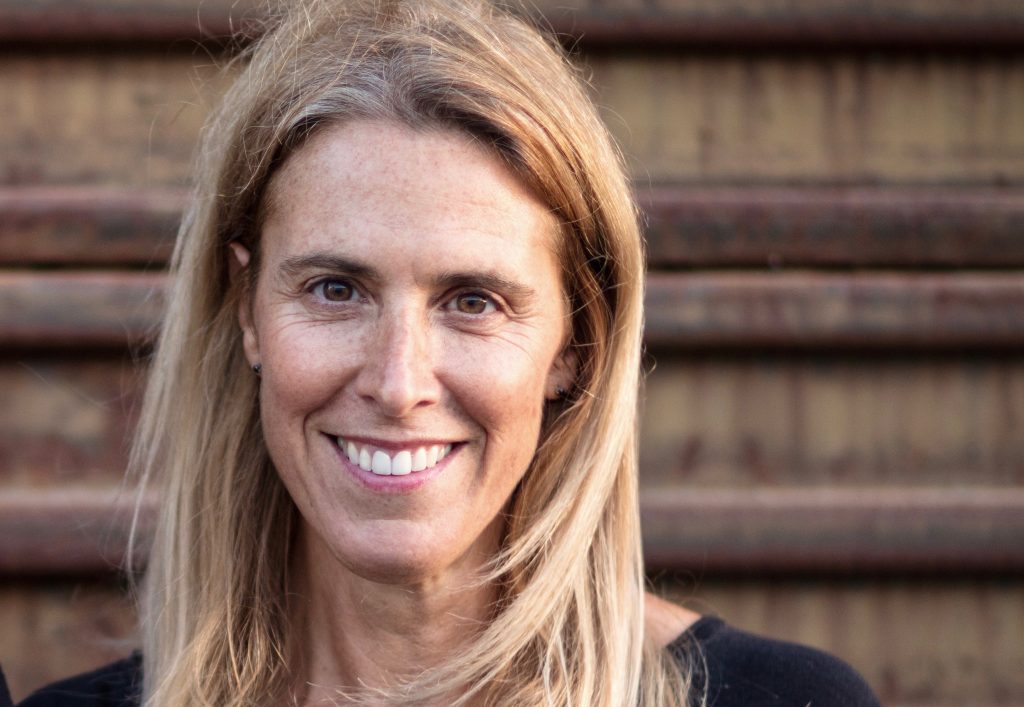 The LSU College of Art & Design has named political science professor Fonna Forman the 2018-19 Nadine Carter Russell Chair in architecture. The four disciplines in the college share the rotating residency; this year’s residency is with the School of Architecture.

Fonna Forman will present a lecture titled “The Political Equator: Localizing the Global” at the College of Art & Design on Thursday, January 24, 2019, at 10:30 a.m. in the LSU Student Union Magnolia Room (301). This lecture is free and open to the public.

Fonna Forman (PhD University of Chicago, Political Science) is founding director of the UCSD Center on Global Justice. She is a political theorist best known for her revisionist work on 18th century Scottish economist, Adam Smith, recuperating the ethical, social, spatial and public dimensions of his thought. She is author of Adam Smith and the Circles of Sympathy (Cambridge, 2010), and many essays on Smith’s relevance for contemporary debates on ethics, globalization, urbanization and public culture. Since 2009 she has served as Editor of the Adam Smith Review, the premier international journal of Smith’s thought.

Forman’s research has evolved in increasingly ‘grounded’ ways, engaging the intersection of ethics, public policy and the city – including human rights at the urban scale, climate justice, border ethics and equitable urbanization in the global south.  Recent publications include a volume with Amartya Sen on critical interventions in global justice theory, a volume with Teddy Cruz on urban informality, and thematic papers on ‘cross-border collaboration’, ‘municipal cosmopolitanism’, ‘citizenship culture’, and ‘climate migration’. She is presently writing a monograph on the diverse legacies of Adam Smith in Latin America. Additionally, she is completing two monographs with long-time research partner, Teddy Cruz: The Political Equator, under contract with Verso, London; and Top-Down / Bottom-Up, under contract with Hatje Cantz, Berlin.

Blurring conventional boundaries between theory and practice, and transgressing the fields of architecture and urbanism, political theory and urban policy, visual arts and public culture, Forman partners closely with UCSD urbanist and architect Teddy Cruz on a variety of urban research agendas and civic / public interventions in the San Diego-Tijuana border region and elsewhere. From 2012-13 they served as special advisors on civic and urban initiatives for the City of San Diego and led the development of its Civic Innovation Lab. Together they founded the UCSD Community Stations, a platform for engaged research and teaching on poverty and social equity in the border region. And they are principals in Estudio Teddy Cruz + Fonna Forman, a research-based political and architectural practice investigating issues of informal urbanization, civic infrastructure and public culture, with a special emphasis on Latin American cities. Their work has been profiled widely in important publications including Domus, ArtForum, The New York Times, Next City, and e-flux; and exhibited in prestigious cultural venues across the world, including the Museum of Modern Art, New York; the Yerba Buena Center for the Arts, San Francisco; the Cooper Hewitt National Design Museum, New York; Das Haus der Kulturen der Welt, Berlin; the Medellín Museum of Modern Art; and the 2016 Shenzhen Biennial of Urbanism and Architecture, among others. Most recently, they represented the United States in the 2018 Venice Architecture Biennale. Their work has been funded by the Ford Foundation, the Andrew W. Mellon Foundation, ArtPlace America, the Surdna Foundation, the PARC Foundation, the San Diego Foundation, and generous gifts from Richard C. Blum and Daniel Yankelovich, among others.

Forman has served on various civic and policy advisory bodies at local and international scales, including the Global Citizenship Commission (2013-6) chaired by the Rt. Hon Gordon Brown, advising UN policy on human rights implementation in the 21st century. Most recently she is partnering with renowned UCSD climatologist, Veerabhadran Ramanathan, on projects that investigate the social and ethical dimensions of climate change, including a 2017 paper on ‘climate migration’ for the Pontifical Academy of Sciences and Social Sciences, an international task-force in on keeping global warming below 2° C; and serving as Vice-Chair of the University of California’s Bending the Curve report of 2015 (a set of 10 scalable solutions for climate stability designed by 50 faculty from diverse disciplines across the University of California). In 2016-7 Forman and Ramanathan piloted a system-wide University of California undergraduate course on integral and scalable solutions to climate change.

Forman is an advocate for engaged social science, and deepening university-community research partnerships. At UC San Diego, she is affiliated with the Center for Energy Research, and serves on the advisory boards of the Climate Neutrality Task Force, the Urban Studies and Planning program, the Global Health program, FF21 (Food and Fuel for the 21st Century), the Center for Tomorrow’s California and the US-Mexico Binational Consortium on Border Challenges, a network of research universities across the border region.

The Cross-Border Citizen, a Bi-national Citizenship Culture Survey designed in collaboration with former Mayor of Bogotá, Colombia, Antanas Mockus, that investigates cross-border civic infrastructure, public trust and social norms, to inspire cross-border urban policy and cultural interventions between the cities of San Diego and Tijuana. Funded by the Ford Foundation and the San Diego Foundation, and exhibited at the Yerba Buena Center for the Arts, San Francisco, and the Princeton Art Gallery.

MEXUS, visualizes the many cross-border flows—the watersheds, indigenous and protected lands, and ecological and metropolitan zones—that transgress the jurisdictional line that divides the US and Mexico. The border is not simply a place where things end. MEXUS presents a thicker set of ecologies framed by the existing structure of binational watersheds that sustain the entire region, un-walling our political imagination to consider a more porous border region that demands collaborative thinking and action.  Exhibited in Dimensions of Citizenship in the US Pavilion at the 2018 Venice Architecture Biennale.

EPIC: The Chollas Eco-Village, a cross-sector planning project funded by the California Energy Commission, to design a ‘zero-net energy community’ for the disadvantaged neighborhoods of Encanto. Partners include the UCSD Center on Global Justice, the UCSD Center for Energy Research, the community-based environmental non-profit Groundwork San Diego, the San Diego Unified School District, San Diego Gas & Electric, and the City for San Diego Planning Department. The project includes a substantial civic engagement and environmental education focus, including the development and application of an innovative climate attitude and behavior survey, coordinated by the UCSD Center on Global Justice.

The Medellín Diagram, a diagram of political and civic processes for the City of Medellin, Colombia, in collaboration with architect Alejandro Echeverri and graphic designer Matthias Görlich. Exhibited at the Medellin Museum of Modern Art for the 2014 World Urban Forum; the Santa Monica Museum of Art; the 2016 Shenzhen Biennial; and the Yerba Buena Center for the Arts, San Francisco.

Mecalux Retrofit, a social housing research collaboration with Mecalux, a Spanish maquiladora in Tijuana to retrofit their prefab metal pallet rack systems into new structural frameworks for housing in the settlements of Tijuana, exhibited at Das Haus der Kulturen der Welt, Berlin and the Cal-Pacific Triennial at Orange County Museum of Art.

Urban Rooms, a public space intervention in collaboration with the City of San Jose and Movimiento de Arte y Cultura Latino Americana (MACLA) and funded by the NEA and ArtPlace America.

Meeting House at the Old Manse, a temporary public meeting-house and cultural space in Minuteman National Park in Concord, Massachusetts to advance community dialogue about the history of slavery, in collaboration with artist Sam Durant and curator Pedro Alonzo.

The UCSD Community Stations, a network of field-stations located in marginalized neighborhoods across the San Diego-Tijuana border region, where research and teaching are conducted collaboratively with community partners. The Blum Summer Field Internship is an annual paid field-research immersion program that places interdisciplinary teams of UCSD undergraduates in the Community Stations sites. The UCSD Community Stations have been generously funded by UC Regent Richard C. Blum and the Andrew W. Mellon Foundation, and were honored in 2015 with an inaugural UCSD “Frontiers of Innovation” Center Award, and in 2016 with the UCSD EO/AA Diversity Award.

The Cross-Border Community Station at Casa Familiar: Living Rooms at the Border, a mixed-use housing development and public space project in collaboration with Casa Familiar which broke ground in Fall 2018, funded by ArtPlace America and the Parc Foundation; and exhibited at the Museum of Modern Art New York in Small Scale, Big Change: New Architectures of Social Engagement.

Earthlab Community Station Masterplan, a participatory masterplan design for a 4-acre open-air environmental classroom, is presently in development in collaboration with Groundwork San Diego and the San Diego Unified School District, and funded by the Surdna Foundation.

Professor Forman will host a student workshop February 20-22, 2019, in tandem with the “Bordering On …” Symposium.