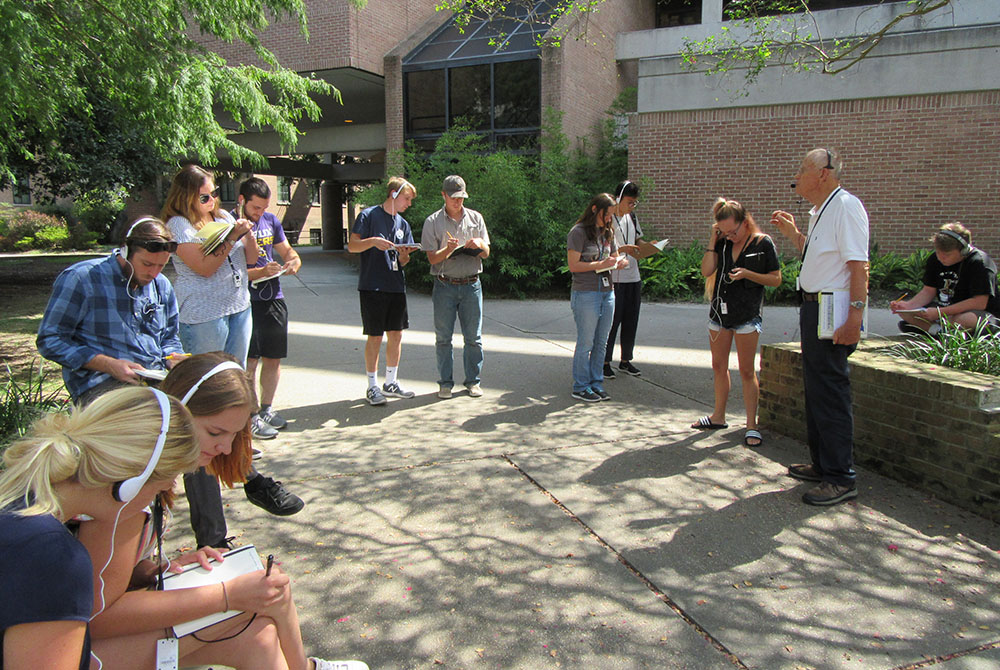 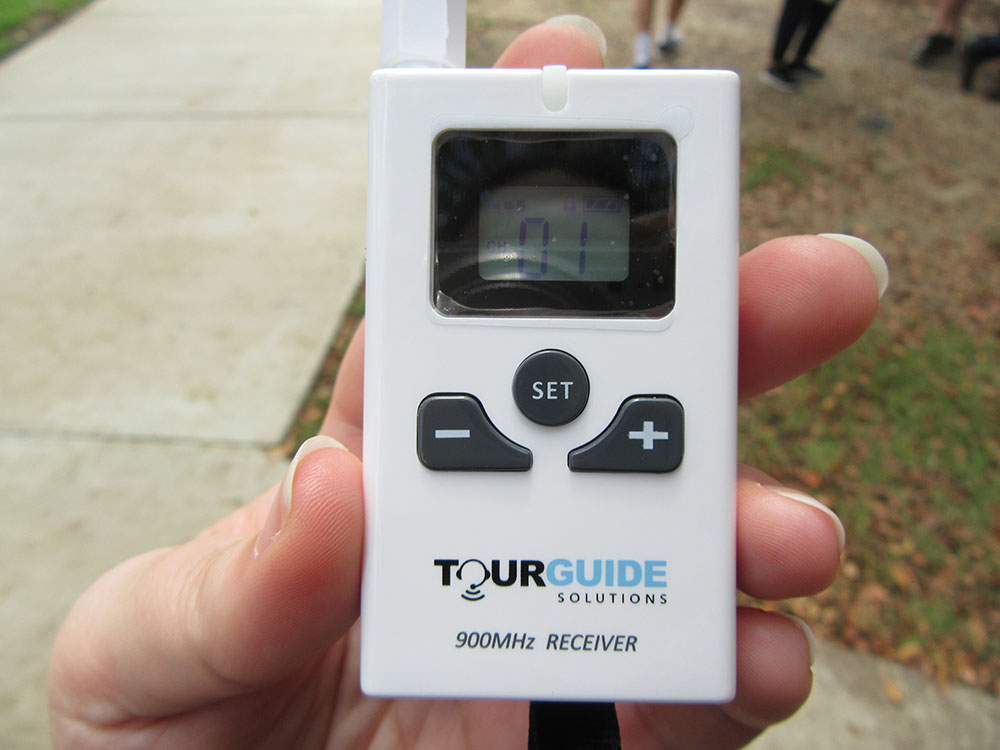 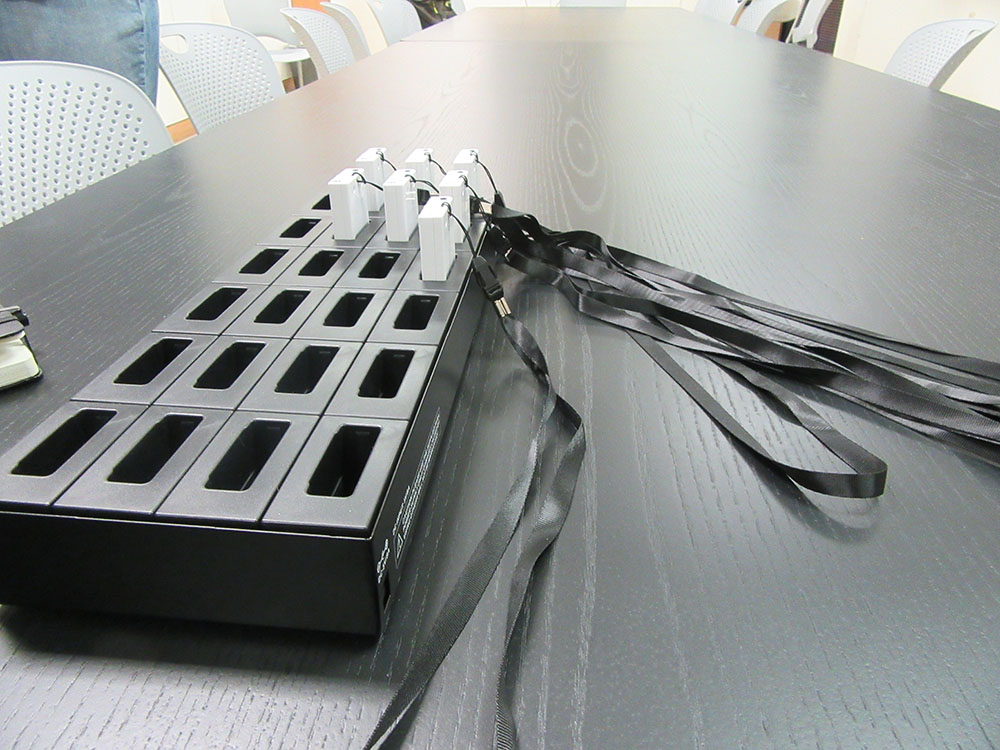 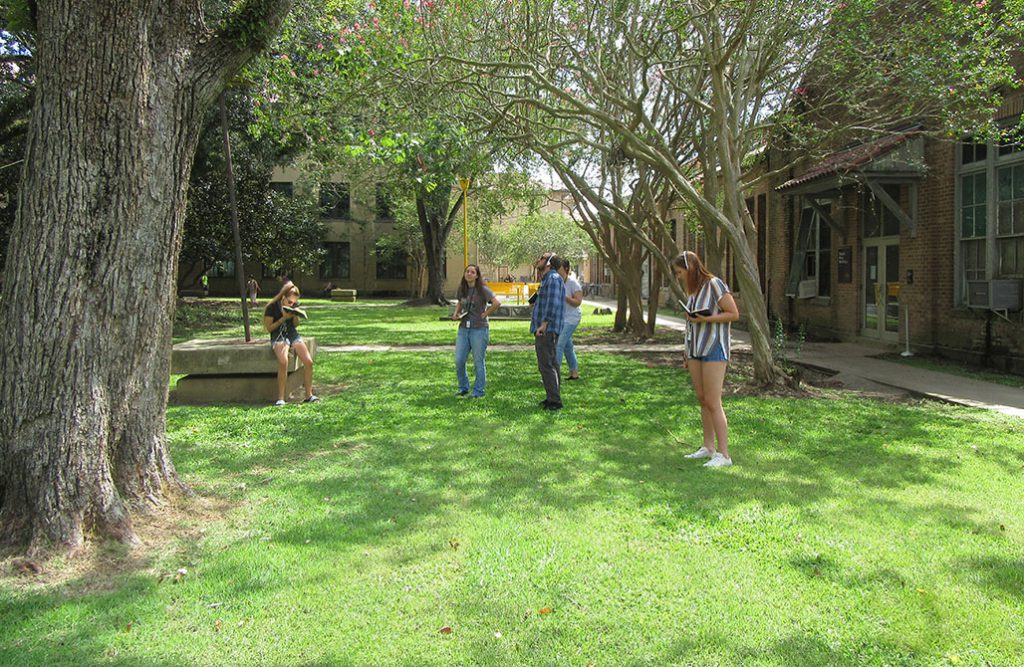 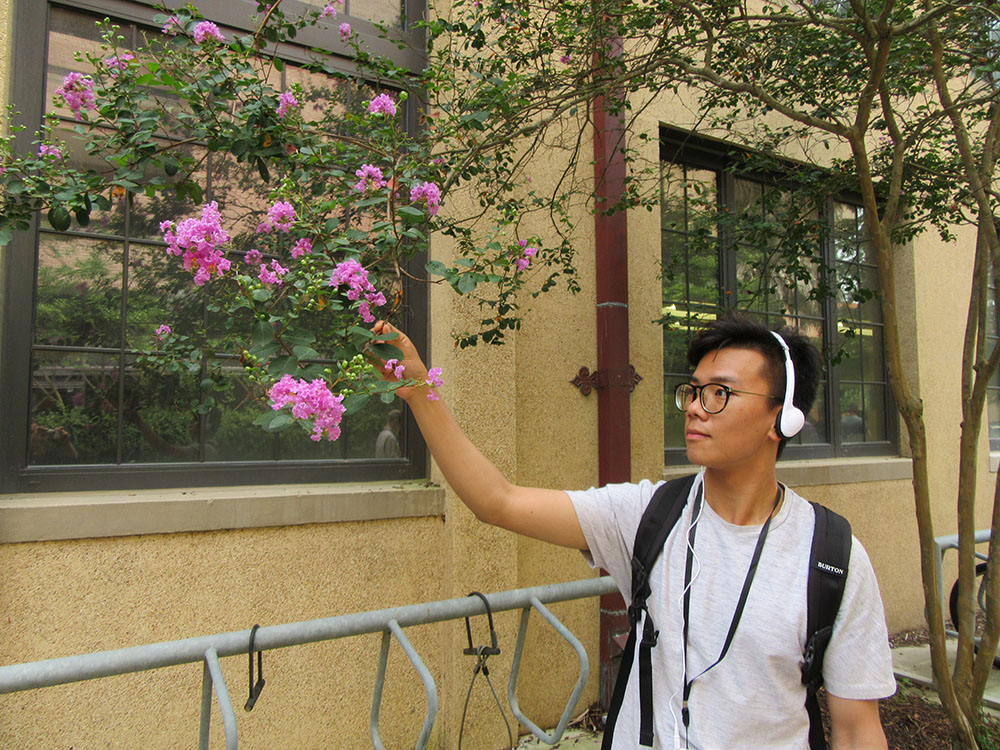 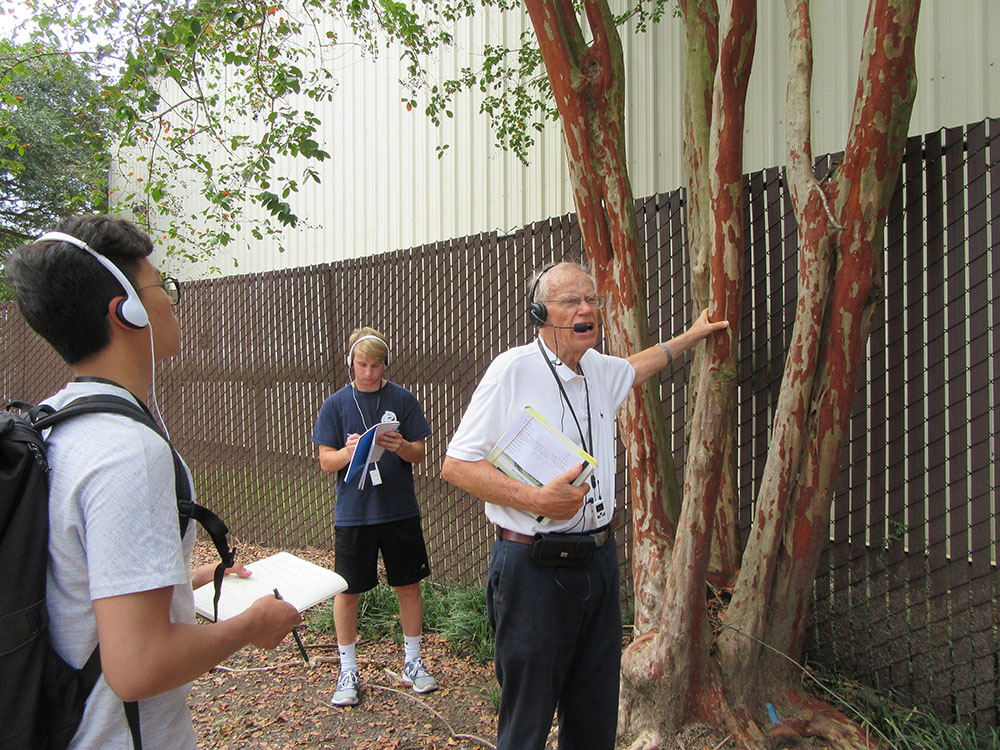 Professor Charles Fryling said a lightbulb went off while he was touring Spain this summer. He thought the tour guide’s electronic speaker system would work great for his plant identification tours—and he was right.

Fryling teaches the LSU Robert Reich School of Landscape Architecture’s plant materials courses. He can often be spotted leading students across campus, pointing out key specimens and telling each plant’s unique story, much in the way a tour guide leads groups through museums and other tourist attractions.

This year, his class of third-year landscape architecture students set out on their first day of class fully equipped with a new wireless audio system. The students could use the audio guides with their own headsets and earbuds, or they could use the ones provided with the Tour Guide Solutions wireless audio kit. As they set out for the day’s lesson, they looked just like tourists following a tour guide, minus the brightly colored flag.

Droves of students on their way to class passed by the group; LSU buses and campus traffic added to the noise. But Fryling never had to raise his voice above the fray once he donned the nifty pilot headset complete with noise-cancelling microphone. The students only heard Fryling, and some said it was easier to concentrate during the tour without all the noisy distractions.

The plants of the day were crape myrtles and elms. Fryling shared the benefits of using crape myrtles in the landscape, pointing out the unique attributes of a variety of cultivars, including Lagerstroemia indica ‘William Toovey’, ‘Griffin’, ‘Muskogee’, ‘Country Red’, and ‘Twilight’. He led the students into the sculpture quad to see a mature specimen of American elm (Ulmus americana), a Louisiana native, and then to the main quad to view a grove of Lacebark elm (Ulmus parvifolia). Emboldened by the success of the equipment thus far, he wrapped up the day’s lesson next to the campus’s noisy power house, where a mature row of Natchez crape myrtles grow along a fence that does little to dull the resounding hum emitted by the building. At the end of the class, Fryling said he couldn’t be more pleased with the new wireless audio system.

The equipment was purchased with funds from student enhancement fees, and Robert Reich School Director Mark Boyer has high hopes for its future use.

“We are pleased to have the system as it will make communication better for groups in classes that are conducted outside and for field trips,” he noted. “People will be able to hear what the leader is saying, and the leader won’t have to shout to be heard above ambient noise.”