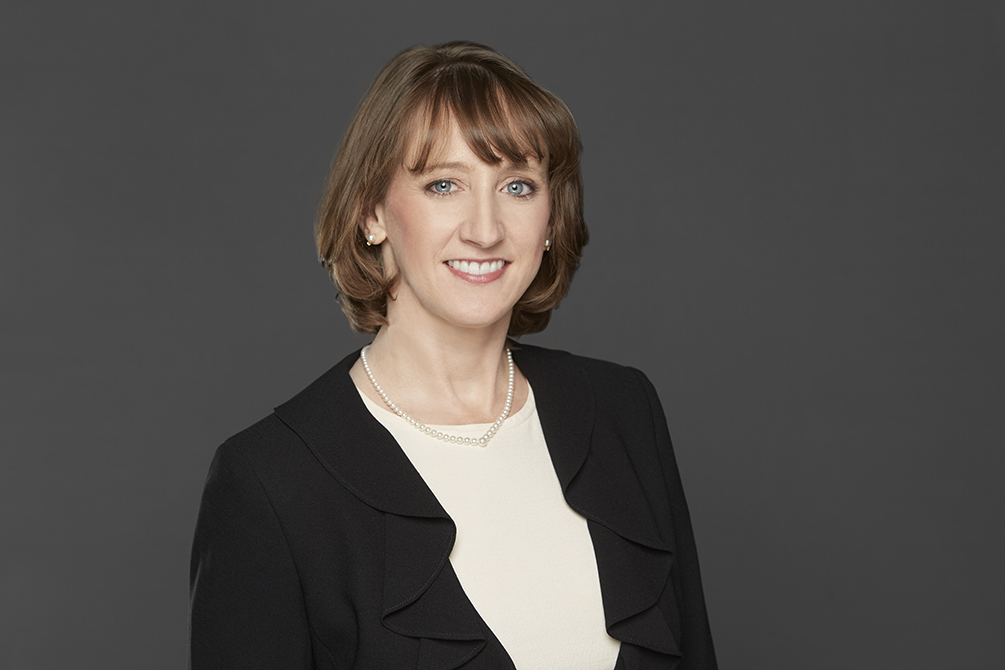 LSU School of Architecture alumna Harper Hicks Bateman grew up around planes; her grandfather was a pilot. From a very young age, she was interested in how spaces are used—from tree houses to the floor plans of her family’s home in Lafayette, Louisiana. When her family went on vacation, her mother would tease her for taking more pictures of buildings than people. In school Harper enjoyed math, physics, and logic. For instance, it was logical that she would become an architect.

But she never imagined she would end up as a vice president of Corgan’s Aviation Studio in Dallas a mere 15 years after graduation.

Harper is one of those people who immediately landed in the right place. When it came time to apply for college, she said, “It was LSU. There was no other choice—no other school.”

She interviewed with Corgan during a career fair at the LSU College of Art & Design during her fifth year of study in the Bachelor of Architecture program. “I learned they had an aviation department, and I was hooked,” she recalled. She was hired and has been living in Dallas working in the Aviation Studio at Corgan ever since.

Corgan is a leading architecture and design firm with deep technical expertise and a reputation for great service. Consistently ranked as one of the top 10 architecture firms in the U.S., Corgan’s Aviation Studio has completed work in more than 150 airports worldwide, including 8.5 million square feet of terminal projects in the past five years.

“The firm is a great fit for me,” said Harper. “At Corgan, the client is always the most important, which fits my ideals and how I was brought up.”

“The work is very specialized—nothing I ever thought I would be doing when I was in school,” Harper shared. “Although I have definitely been able to apply what I learned at LSU, aviation architecture is a very specific sector of the market. It is a lot of fun.”

Harper is currently working on a renovation of the four original terminals at Dallas/Fort Worth International Airport, a project that will have been phased over about eight years by the time it is completed. She oversees the renovation and improvement of the facilities, ultimately improving the overall passenger experience and allowing DFW to continue to operate from these legacy terminals. 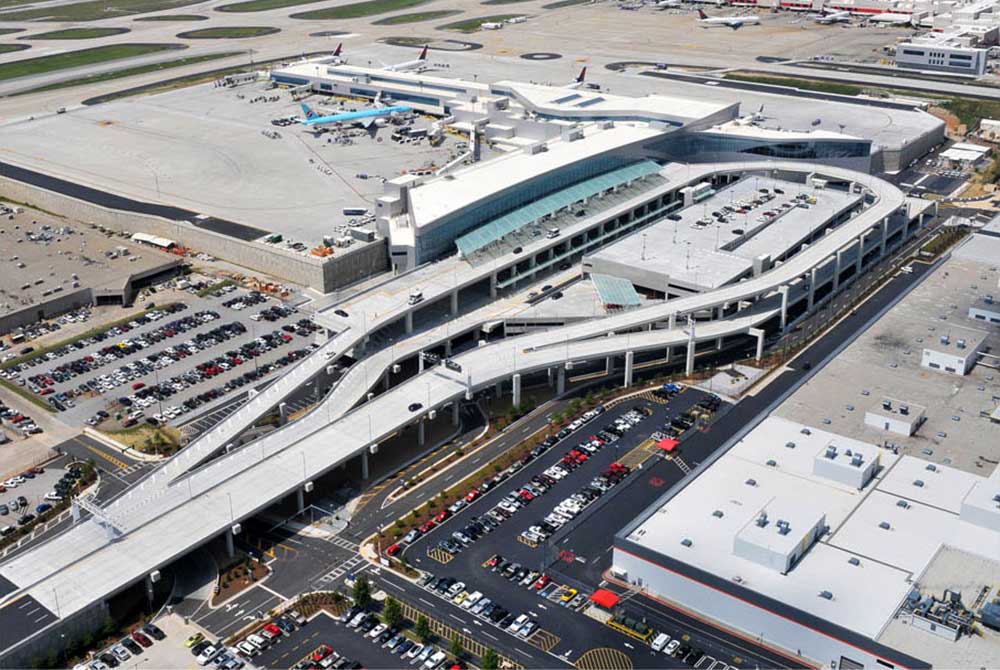 She has also worked on projects at Hartsfield-Jackson Atlanta International Airport, including ticket lobby renovations for Delta Air Lines and the new Maynard H. Jackson International Terminal. After 9/11, Corgan was part of a larger team that worked to implement new security measures at airports across the United States, including work at the airport in St. Thomas, U.S. Virgin Islands. 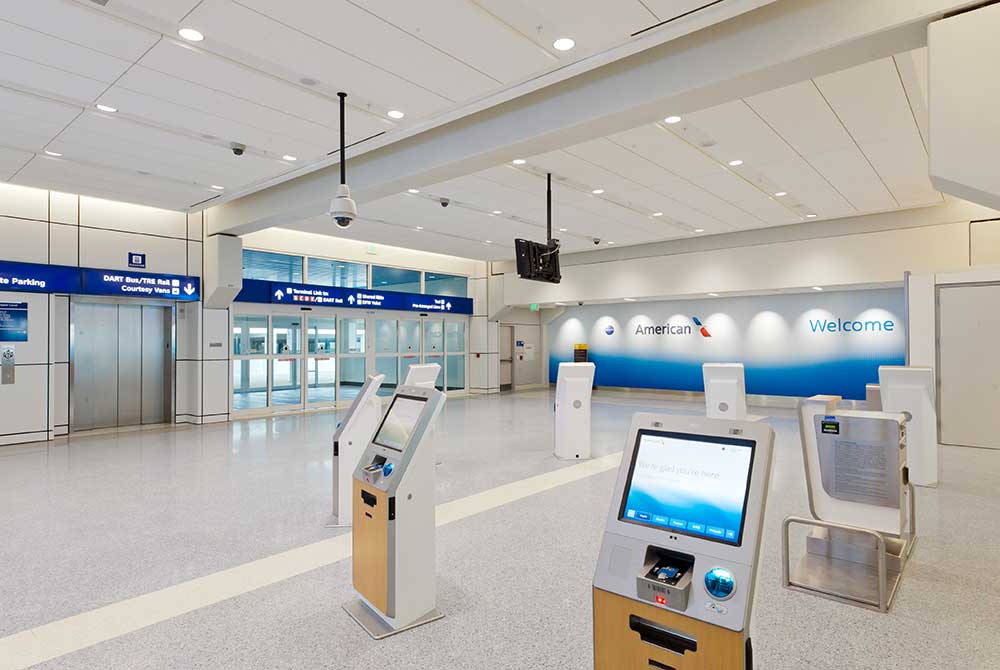 Terminal A at Dallas/Ft. Worth International Airport (DFW)

“I enjoy the fast pace and the challenge of keeping up with the changing environment and technologies in aviation,” said Harper.

As vice president of the Aviation Studio, Harper oversees general studio management, and she serves as the lead architect on large- and small-scale projects. She also manages the hiring of new employees. In fact, Harper has come full circle. She now attends LSU’s College of Art & Design Networking Day as an employer looking for new hires rather than a student looking for her first job.

“We hire a lot of LSU grads,” said Harper. “LSU has a lot of great talent we see when they come through.”

Currently, Corgan employs 24 LSU alumni from both the architecture and interior design programs— six in the Aviation Studio alone.

Harper’s biggest advice for current architecture students is “to get as many summer internships as you can. Try to get opportunities at different sized firms. I did intern when I was in school but wish I had done more of it.”

Corgan frequently hires summer interns. “We do a lot with our interns to make sure they’re exposed to different people and projects and that each intern gets a well-rounded experience,” said Harper. The firm also opens its doors to LSU faculty and students visiting Dallas. “We enjoy a good relationship with LSU. Students are welcome to tour our offices, and we try to always have a presence at career fairs.”

Most fun, Corgan hosts a tailgate party every year; employees compete to show who has the most team spirit. “LSU is definitely well represented,” Harper laughed. 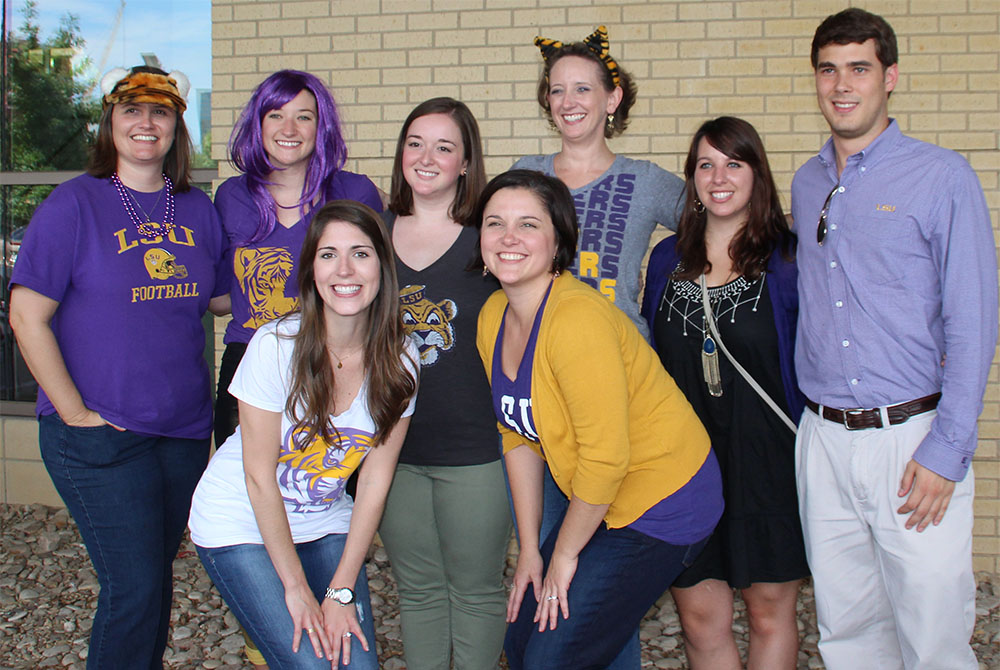 Visit corgan.com for more information about the firm, and view more of Corgan’s aviation projects at corgan.com/our-work/aviation. This year’s LSU College of Art & Design Networking Day is scheduled for Friday, February 26, 2016. Registration will be open later this fall. In the meantime, find and share internship and job opportunities with LSU College of Art & Design students and alumni at design.lsu.edu/jobs.