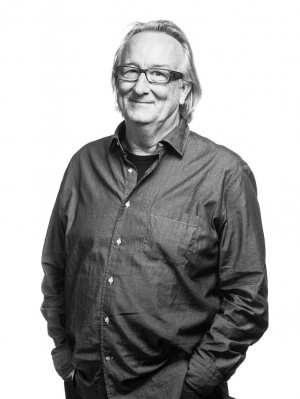 The LSU College of Art + Design community was saddened to learn that R. Allen Eskew, FAIA, passed away suddenly and unexpectedly on Tuesday, December 10, 2013. Eskew was a visionary leader of the New Orleans architectural community and a founding principal of the renowned, award-winning firm Eskew+Dumez+Ripple.

While he was many wonderful things to many people in Louisiana and beyond, to the faculty, staff, and alumni of the LSU College of Art + Design, Eskew was an inspirational mentor who strongly believed in the notion of “Designers and Artists as Engaged Citizens.”

“Allen Eskew was a lion in the architectural community. His impact was certainly felt here at LSU and far beyond. As an alumnus of the architecture program, he was someone our students could look to as a model of professional success in the field. His leadership and drive for design excellence will continue to inspire many generations of Louisiana architecture students and architects,” said Professor Jori Erdman, director of the LSU School of Architecture.

Earlier this year, Eskew was awarded the 2013 LSU College of Art + Design Distinguished Alumni Award in recognition of his body of professional work and his more than 40 years of devotion to the study of architecture. His many contributions to the college and the School of Architecture include his long-standing presence on the Professional Advisory Board of the school and his firm’s commitment to the School of Architecture’s lecture series. Many students have worked with Eskew as interns at Eskew+Dumez+Ripple or remember him as an advisor and juror during their final reviews.

Mentorship was important to Eskew.

In his speech at the LSU College of Art + Design May 2013 Commencement Ceremony, he stressed the importance—the “power and influence”—of academic mentorship, and he encouraged graduates to always seek their own creative inspirations and mentors. Eskew fondly recalled his most significant influences from “right here in South Louisiana—individuals who have marked our communities in profound ways and from who I have learned much.” Those mentors included architect John Desmond; landscape architect Suzanne Turner; interior designers Chrestia, Staub, and Pierce; and Elmore Morgan Jr., “the great painter and environmentalist from the South Louisiana prairies.” 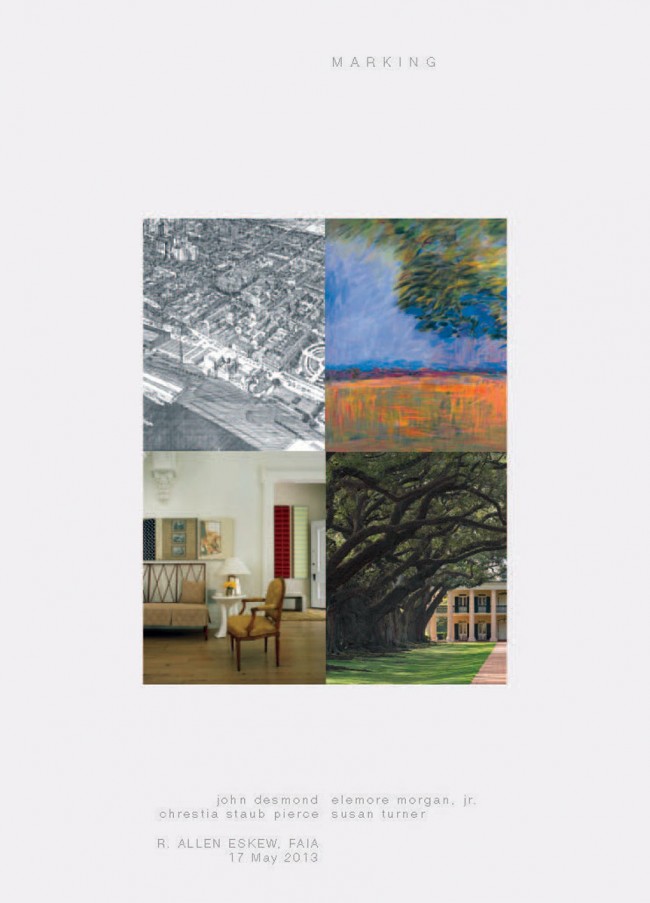 Upon his receipt of the Distinguished Alumni Award, Eskew answered a Q&A for the college in which he mentioned key professors in the School of Architecture who “gave me my earliest grounding and curiosity for the fundamentals of design.” Those key professors included Professor Gene Metz, Professor Jack St. Martin, and Professor Robert Heck. “These three individuals represented some of the strongest mentoring I received during my formal educational adventures,” Eskew said.

School of Architecture Professor Michael Desmond, who graduated from LSU with Eskew’s brother Bill Eskew and Mark Ripple of Eskew+Dumez+Ripple, fondly recalled a story that Allen Eskew once told him about Professor Heck.

Professor Heck nominated Eskew for a 1969 Historic American Building Survey Fellowship for documenting the architectural fabric of Nantucket Island off the Massachusetts coast. “Allen said he would look into it, not really having any interest or knowing much about it,” said Desmond. Meanwhile, Eskew set up a summer internship at a corporate design firm in Dallas. “Later, Professor Heck pulled Allen outside at a party and made him promise to apply for the fellowship,” said Desmond. “He did, and he got it. He always said how that summer in Nantucket absolutely changed his life. It opened up a whole new horizon for him and showed him that his skills were appreciated farther afield,” said Desmond.

Eskew said in the Q&A that he continued to support the LSU College of Art + Design because he was a product of personal mentoring. “I hope that today’s students are finding similar moments of encouragement that will help to frame their future careers,” he answered.

“We owe much to Allen Eskew. He was a generous supporter of the School of Architecture and a model of the ideal graduate of the college. His achievements as an architect, civic leader, and supporter of the arts will continue to inspire and guide us. We will miss his experienced counsel and his charismatic personality, his enthusiasm, and his humor,” said LSU College of Art + Design Dean Alkis Tsolakis.

Eskew would be happy to know that he, himself, has been a significant part of fulfilling his hopes that LSU students would experience “similar moments of encouragement that will help to frame their future careers.”

MaryGrace Verges, intern architect and urban designer at Eskew+Dumez+Ripple and a 2010 graduate of the LSU School of Architecture said, “I feel grateful and honored to have had the chance to work so closely with Allen. He was the most optimistic, inspiring person to work for. Not only was he a boss, but he was truly a mentor. We at Eskew+Dumez+Ripple are heartbroken that he is gone, and I hope, if anything, that I can do a small part to carry on his incredible legacy.”

Nicole Marshall, 2007 alum of the LSU Manship School of Mass Communication and former director of development at Eskew+Dumez+Ripple considered Eskew a mentor to herself and others. “Allen was one of those people who, surely, was a mentor before he was even 30 years old,” she said. “He always thought of others and provided opportunities to those he met along the way. His generosity was never founded on pretenses, and his investment in others was boundless,” she added.

[Read more from Marshall at her blog.]

Eskew’s contemporaries saw him as an inspiration, as well. Lynn Bradley, a member of Eskew’s graduating class at LSU and currently a principal of Bradley Blewster in Baton Rouge, remembered how inspiring Eskew was as an architecture student at LSU. “He showed such excitement for the architecture profession,” she said. “As a student—even then—he was such an inspiration. He inspired a lot of students back then because he was so creative. He took his education very seriously and was just highly productive. He took every project he was assigned and did the most he could with it. He was just—far and above,” she said.

A public memorial will be held in New Orleans after the New Year. In lieu of flowers, a fund is being established to honor Allen Eskew’s civic and mentorship legacy. Details about the public memorial and the fund will be made available through the Eskew+Dumez+Ripple website, www.eskewdumezripple.com.