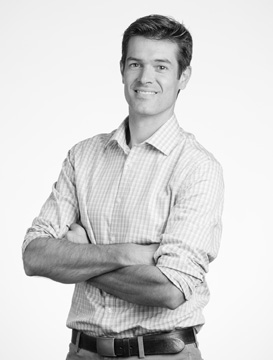 LSU’s Jeff Carney will speak at the White House Frontiers Conference on Thursday, October 13, 2017. He will discuss “Educating for Climate-Smart Design” as part of a panel in the “Frontiers Global” track of the conference.

“It is an honor and privilege to join such a diverse group of innovators from across the country,” commented Carney. “Connecting design research and design education is a central theme to our work, and I am excited to represent LSU at this event.”

President Obama will host the White House Frontiers Conference, a national convening co-hosted with the University of Pittsburgh and Carnegie Mellon University to explore the future of innovation in the U.S. and around the world. The convening will include topics inspired by the November issue of WIRED, which will be guest-edited by the president on the theme of “Frontiers.” The conference will focus on building U.S. capacity in science, technology, and innovation and the new technologies, challenges, and goals that will continue to shape the 21st century and beyond.

Carney is director of the LSU Coastal Sustainability Studio (CSS) and associate professor in the LSU School of Architecture. He received his bachelor’s degree from Washington University in St. Louis and master’s degrees in architecture and city and regional planning from the University of California, Berkeley. Carney’s work in Louisiana centers on leading trans-disciplinary coastal and delta design and research efforts. He led a multi-year HUD-sponsored project called the Louisiana Resiliency Assistance Program; administers workshops for the Louisiana Community Resilience Institute and associated Mayors’ Workshops; and was a team leader for “The Giving Delta,” an award-winning submission for the international Changing Course Design Competition that reimagined ways of living and working on Louisiana’s dynamic delta coast.

Carney is currently leading the design and development of the science- and engineering-informed exhibition space called “Shifting Foundations” within the LSU Center for River Studies. For this project, commissioned by the Coastal Protection and Restoration Authority, CSS faculty, research fellows, and students are producing a range of visualization tools to animate a 9,000-square-foot exhibition space. The project communicates to stakeholders Louisiana’s coastal and delta history, current challenges, and dramatic efforts to proactively develop a more resilient coast.