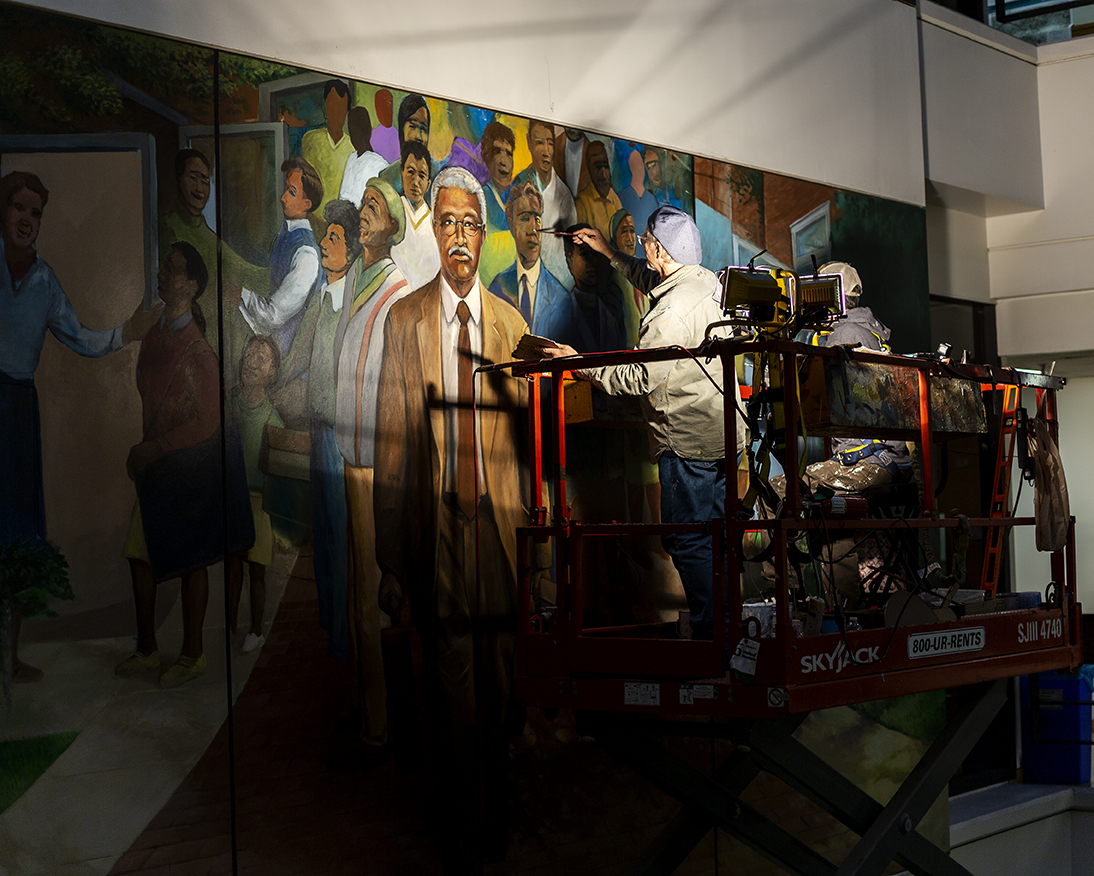 The LSU College of Art & Design commissioned the Julian T.  White memorial mural to honor the university’s first African American professor. The college worked with The Walls Project and the White family to design the mural in the LSU Design Building atrium, installed in early 2020.

Julian White was the first black professor at LSU and the second licensed black architect in the state of Louisiana. In 1971 he joined the faculty of the LSU Department of Architecture, where he worked for 33 years. After a long successful career in education and architecture, he retired in 2003. He passed away from cancer in 2011. This year the College of Art & Design unveils the Julian T. White Atrium Mural in his honor, memorializing his incredible legacy at LSU.

“When we were thinking about how to celebrate the naming of this space, we came upon the idea of doing a mural and not just a little bronze plaque that no one would read,” said Alkis Tsolakis, Dean of the College of Art & Design. “We thought that this man’s contribution that freed and opened the doors of LSU to everyone was great enough to be commemorated in a way just as exceptional as he – and his teaching – was.”

The College of Art & Design and The Walls Project recruited muralist Robert Dafford, a master artist with nearly 500 murals completed, to paint the Julian T.  White memorial mural. Globally known for his murals, Dafford has painted in a variety of places across the United States, as well as in Canada, Belgium, France, and England. 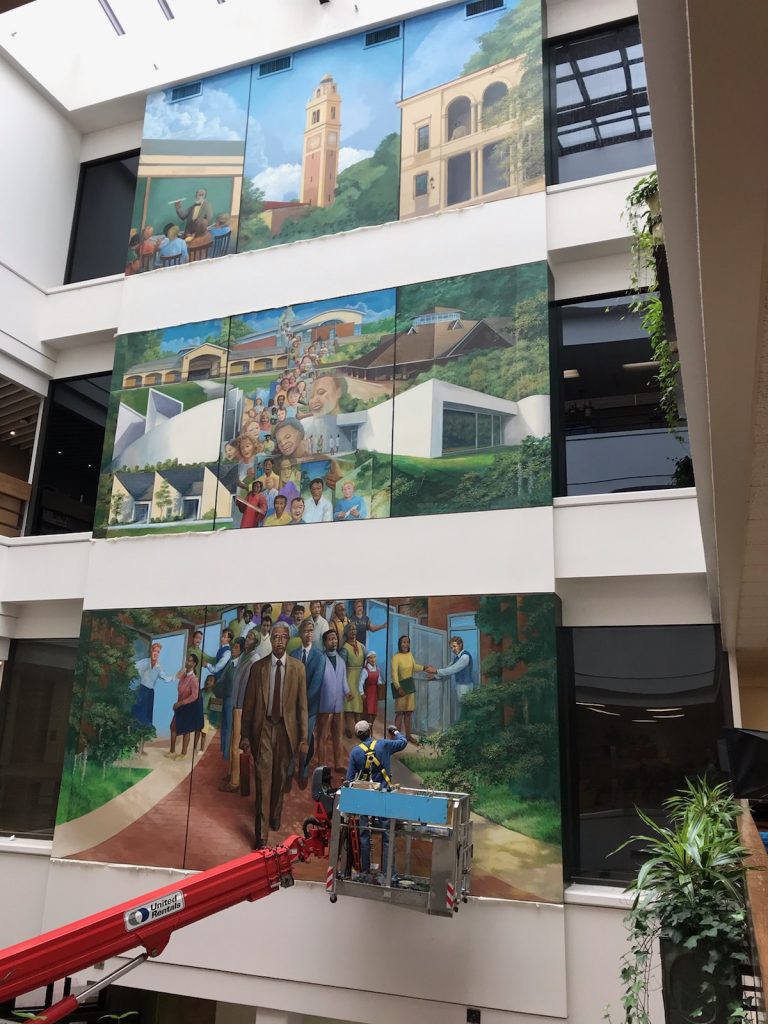 The mural depicts Julian leading a procession of students and faculty through stately live oaks that evoke the LSU campus. Those following behind him are individuals of different races, men and women, people from all walks of life.  Among them walks Isiah Warner, the Boyd Professor and Philip W. West Professor of Analytical & Environmental Chemistry. The mural draws inspiration from a diverse variety of sources, from street art in New Orleans to the “Procession of the Magi” fresco by Benozzo Gozzoli at Palazzo Medici Riccardi in Florence, Italy. The artistic aim of the mural is to portray how Julian opened the doors for all those who followed, according to the artist Dafford.

The mural serves as a testament to Professor White, symbolizing how his perseverance paved the way for racial equality at the university. “Julian White is the person that opened the doors, led the way to free LSU from segregation,” said Dean Tsolakis. “In this sense he is an icon to our community.”

“Students want to see themselves in their professors, want to believe that their dreams are attainable,” said Casey Phillips, The Walls Project Director. “When you see someone who looks like you, that you can identify with, that’s powerful. By simply being their teacher, Professor White inspired a generation of young people of different backgrounds and showed them they could achieve their goals.”

Dafford installed the mural on LSU’s campus in February-early March 2020. For the LSU students who will see the mural every day, Julian White’s impact is still being made. 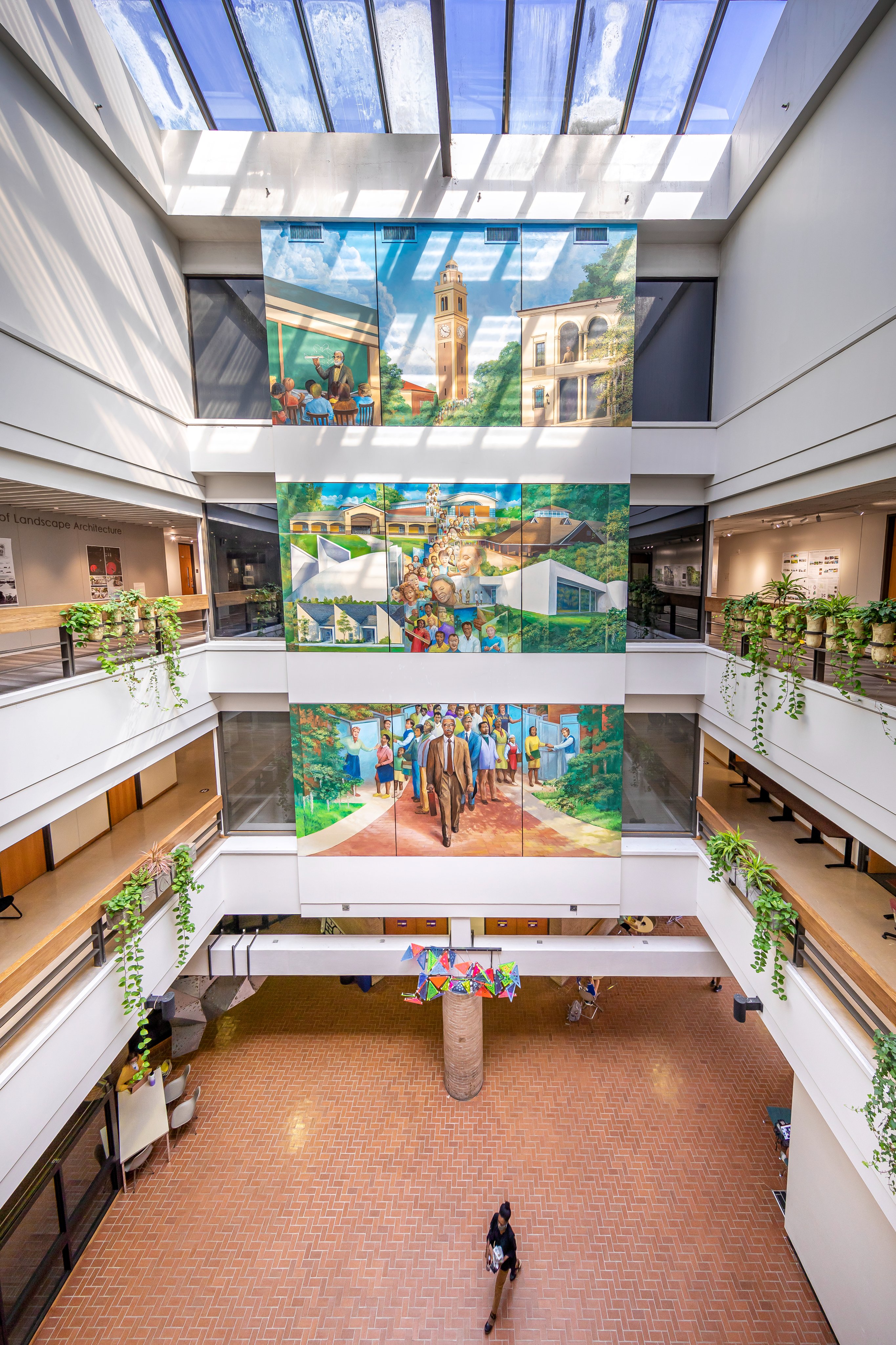 “This project means everything to me,” said Dean Tsolakis. “It means another step in freeing LSU and making a home for everyone. Another step in what Julian White did for LSU, for Louisiana, and for the world.”