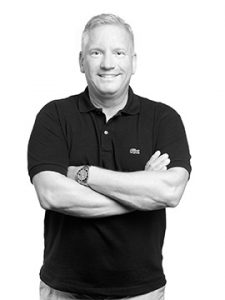 Kevin Benham, assistant professor of landscape architecture, has been awarded the prestigious Rome Prize 2020–21 fellowship to advance his research on transhumance.

The American Academy in Rome (AAR) awards the highly competitive fellowships to support advanced independent work and research in the arts and humanities. This year, fellowships were awarded to twenty-two American and two Italian artists and scholars, who demonstrate excellence in their respective fields.

“I will research herd migrations in Italy and reevaluate transhumance through a contemporary ecological and urban lens by deploying a series of landscape interventions integrating rural elements (sheep or other herbivores) into the urban environment,” Benham said.

“Transhumance is a historically important type of livestock grazing that has existed as a landscape strategy for millennia. In Italy, it involves the seasonal movement of herds (mainly sheep) in southeastern Italy between regions in Abruzzo, Molise, Campania, and Puglia. Routes of this historical practice, known today as the Shepard’s Track, are identified as UNESCO World Heritage sites. These historical routes act as ecological corridors for the dispersal of plants and animals and lead to greater biodiversity.”

Benham holds the Jon Emerson/Wayne Womack Design Professorship at the Robert Reich School of Landscape Architecture. His research and work focuses on landscape phenomena and the temporal qualities inherent in the discipline. To that end, he produces temporal and ephemeral installations that elucidate phenomena requiring careful observation through space and time.

“Congratulations, Kevin! This is a well-merited honor!” said Alkis Tsolakis, dean of the College of Art & Design.

Benham is one of two scholars awarded the prize in landscape architecture this year. Nationwide, 1,031 applications were received from 46 US states plus Puerto Rico, the District of Columbia, and 15 different countries. The ages of the winners range from 29 to 59. Winners will each receive a stipend, workspace, and room and board for a period of four to seven months at the Academy’s eleven-acre campus in Rome. Given the impact of COVID-19, the 2020–21 residential fellowship season will begin in January and end in August.