Courtney Klee, master of architecture student, was selected as one of the top three winners in the Louisiana Sea Grant Coastal Connections Infographic Challenge, which took place on October 29, 2021 at the LSU Energy, Coast and Environment Building. Klee’s entry visualized the health impacts of chemical plants along River Road parishes. She was advised by Annicia Streete, assistant professor of architecture. 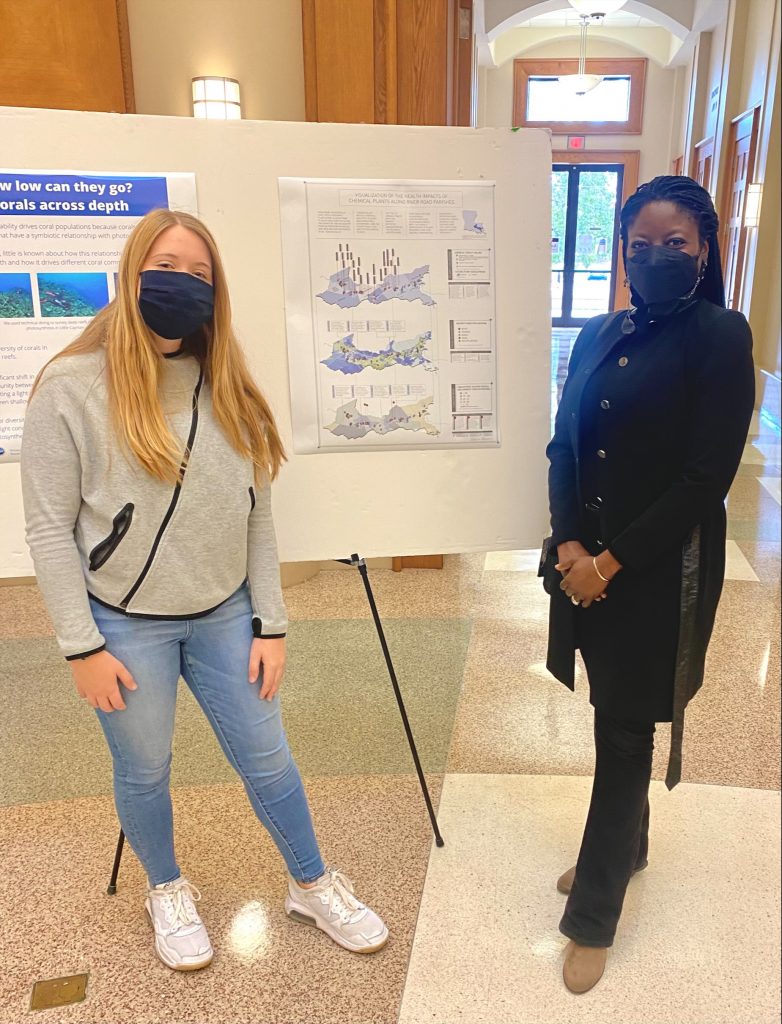 Klee’s infographic titled “Visualization of the Health Impacts of Chemical Plants Along River Road Parishes” works to map the locations of petrochemical plants along an 85-mile stretch along the banks of the Mississippi between Baton Rouge and New Orleans referred to as “Cancer Alley.” This stretch, historically home to Louisiana’s plantations, consists of the highest concentration of the release of toxic and carcinogenic chemicals, resulting in this area having seven of the ten census tracts with the highest detected cancer risk in the nation. 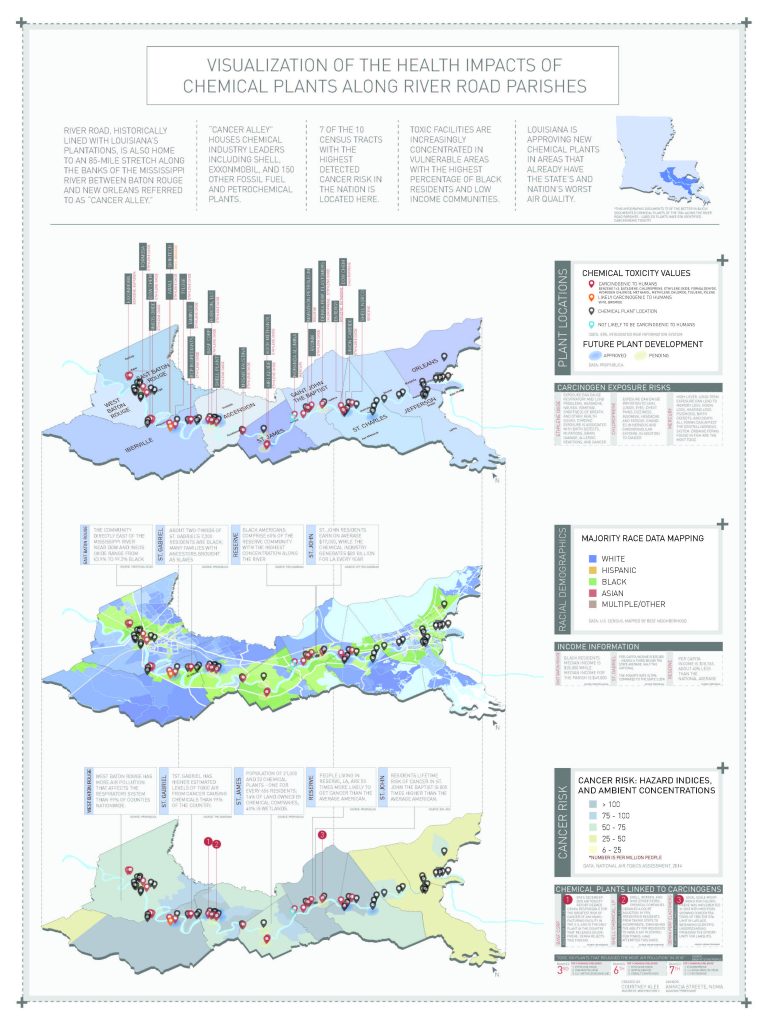 “The first map shows the petrochemical plants with known carcinogenic chemical emissions,” Klee explained. “The second map shows ‘Majority Race Data,’ as well as supplemental income information revealing that the concentration of carcinogenic emissions is in predominately Black and low-income communities. Many communities, like St. Gabriel which is two-thirds Black, have ancestors who were brought as slaves and worked on plantations where chemical companies are now located. The last map, on the bottom, reveals Cancer Risk as detected by the Environmental Protection Agency. “

“This representation works to expose the environmental racism that persists due to plant placement in predominately Black and low-income communities along River Road. Louisiana is approving new chemical plants in areas that already have the state’s and the nation’s worst air quality. Sharing of this information is in hope for increased advocacy for stricter regulation of toxic air emissions, protection of communities for new development, and increased accountability for the damage upon pivotal Louisiana communities.”

Students from multiple university disciplines displayed their coastal research during the competition. The top three infographics received $500 in travel awards.